Sport claims the winger, 22, could be heading to Spain next month after a barnstorming season with Italian outfit Sassuolo. 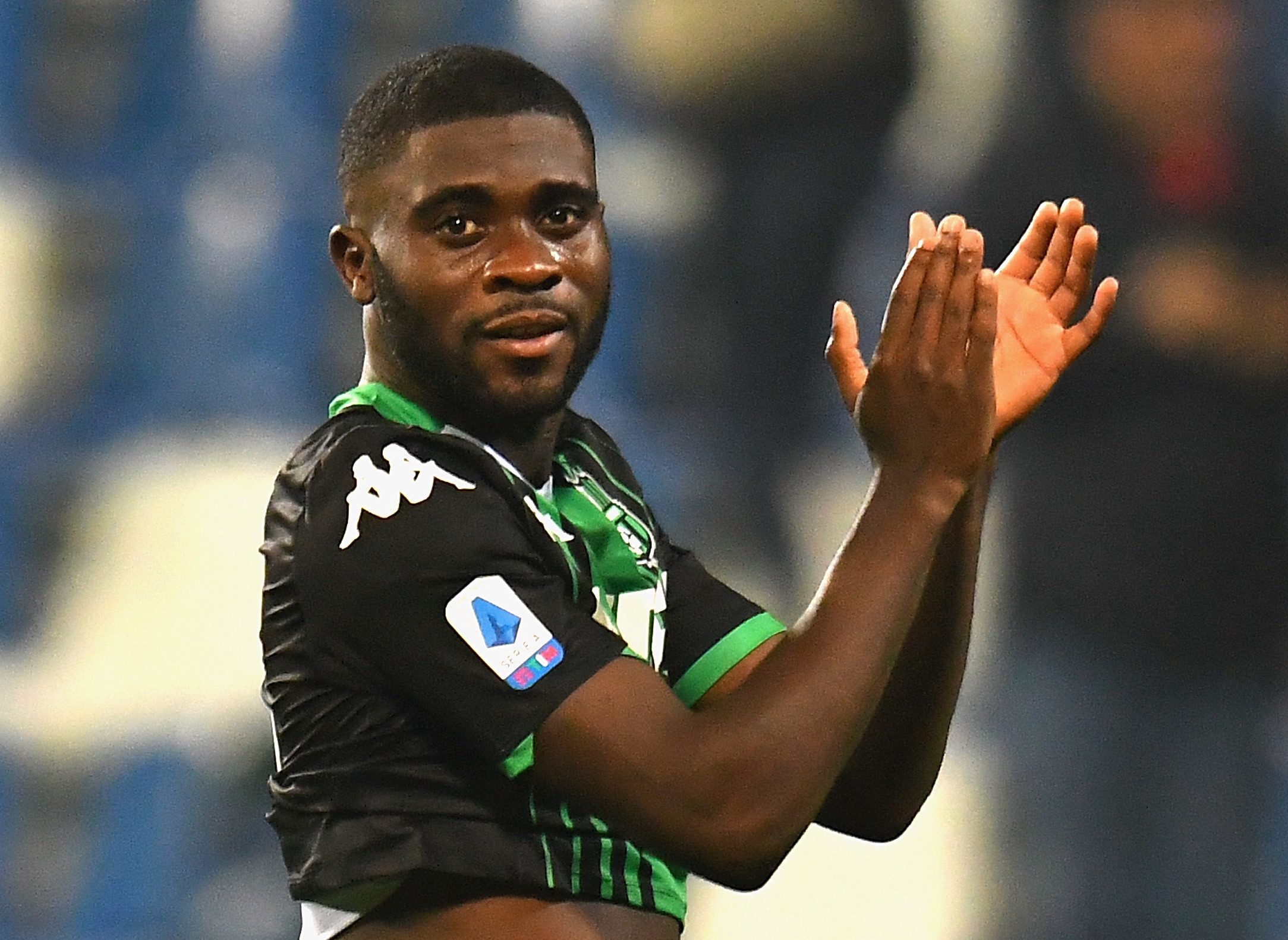 Boga has scored four goals and assisted another in ten starts for the Serie A side, who sit 14th in the table.

He’s found the back of the net against both Antonio Conte’s Inter Milan and Maurizio Sarri’s Juventus.

And Boga, who was born in France but plays for Ivory Coast, could now be set for a huge pay day after Barcelona reportedly met Sassuolo sporting director Giovanni Carnevali to discuss a deal.

It’s believed the La Liga leaders also want first option on Sassuolo players in the future, while the Italians will get priority in loaning players from Barcelona’s famous youth academy.

However, it remains to be seen if Boga ends up in Catalonia, with Barcelona also said to be interested in signing ex-Arsenal man Carlos Vela, now playing in the MLS with LAFC.

Boga joined Sassuolo in 2018 from Chelsea for £3.5million after loans at Birmingham, Granada and Rennes.

He spent nine years in West London, joining Chelsea’s academy in 2009, and won a number of youth trophies including two FA Cups, the Development League title and the UEFA Youth League.

Boga looked to be heading in the right direction when he started for Chelsea against Burnley on the opening day of the 2017/18 season.

But he was subbed by Premier League winner Conte after just 18 minutes following Gary Cahill’s red card, and Chelsea went on to lose 3-2.

It turned out to be Boga’s only senior appearance in a Blues shirt.

But Chelsea ensured there could yet be a future at the Bridge for Boga after inserting a clause in his Sassuolo transfer allowing them to re-sign him for the same £3.5m they sold him for.

Frank Lampard is known to be in the market for a new winger this winter, with Borussia Dortmund’s Jadon Sancho his top target.

While striker Tammy Abraham could be set for some competition with both RB Leipzig’s Timo Werner and Lyon’s Moussa Dembele linked.

Boga admits he would be open to rejoining Chelsea in the future, and has also claimed he knew Abraham would eventually become a Stamford Bridge star after the 22-year-old bagged 11 goals in 15 league games this season.

He told Foot Mercato: “It is true that [leaving Chelsea] is a shame. Aside from that, I have no regrets.

“Each thing comes in its own time. It was certainly not the time for me to play for Chelsea.

“I always keep that in the corner of my head. If I continue to do what I am doing, work hard, maybe I will be back one day.

“[Abraham?] It is impressive what he has done. I have known him since we were little, the same 1997 generation at Chelsea.

“I know his potential. He’s always been a goalscorer, he scored 20 to 25 goals a season in all the youth categories.

“What he’s doing today, I am not surprised. I am very happy for him.”Mauro Icardi’s model wife Wanda looks amazing as she takes part in some seriously sexy shoots

The Ashes: Jack Leach led entire England team onto pitch after Australia win to re-enact his heroic single that tied the game – The Sun