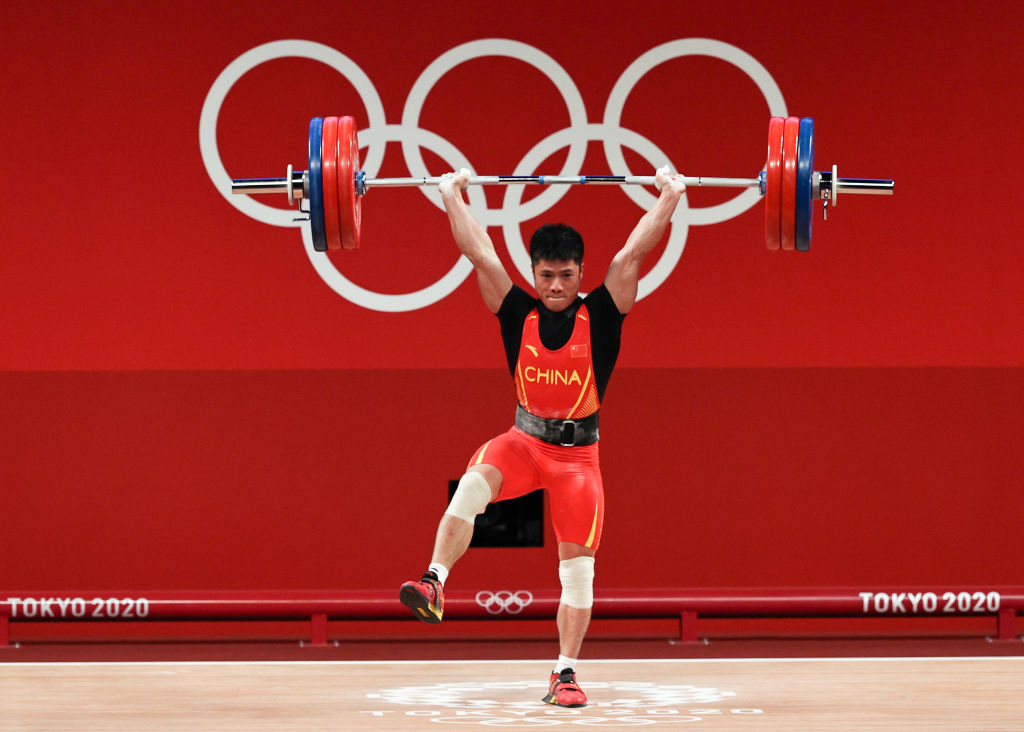 China’s Li Fabin warned people against copying his ‘flamingo’ style after the 28-year-old won gold in the weightlifting on Sunday.

The 28-year-old saw off competition from Indonesian rival Eko Yuli Irawan to take gold in Tokyo and he showed off his unique stance along the way.

Fabin, who weights just 60kg, lifted almost three times his bodyweight on just one leg when he completed a 166kg lift on his right leg.

Though Fabin has used the technique in previous tournaments, it is bold to do so at the Olympics but the move paid off as the Chinese weightlifter took gold.

Fans have nicknamed Fabin ‘the Flamingo’ for his unique technique but the Chinese athlete has advised others against adopting his tactics as they could seriously injure themselves.

‘I have very strong core strength and muscles,’ said Fabin.

‘I know this move pleases the audience but I don’t suggest people make the same move. It could provoke injury.’

Fabin’s gold was China’s second of the Games so far, following Hou Zhihui’s win in the 49kg event.