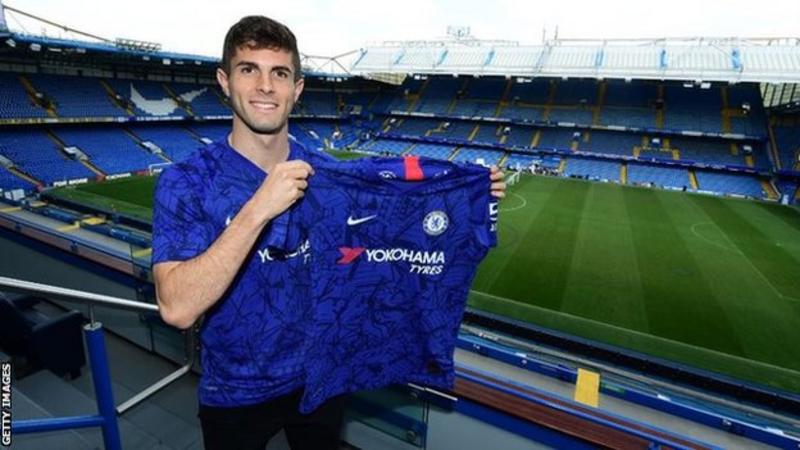 Chelsea’s new £58m forward Christian Pulisic wants to reach the same level as Stamford Bridge favourite Eden Hazard – and hopes he gets a chance to play in the same side as the Belgian next season.

Pulisic signed a five-and-a-half year contract with the Blues in January but was immediately loaned backed to Germany to finish the campaign at Borussia Dortmund.

The 20-year-old United States international has just spent a couple of days in England getting to know his new surroundings and, in an interview with BBC Sport, made it clear the size of the expectations he places on himself.

“It is incredible to see what Eden can do,” he said. “He is a guy to look up to and what I would love to become.

“It is definitely a goal. Any player would be dumb not to want to be in the same team as him.”

Pulisic may not get his wish given Hazard’s likely move to Real Madrid after Chelsea’s Europa League final with Arsenal on 29 May.

Pulisic flew back to the United States on Tuesday for a short break following the end of the Bundesliga season.

Pulisic will link up with the US national team before their Concacaf Gold Cup campaign, which starts on 18 June against Guyana in Minnesota.

He could have the same kind of impact on football in the USA as Landon Donovan, the former LA Galaxy forward who played in Europe with Bayer Leverkusen, Bayern Munich and Everton.

Pulisic added: “I don’t want to be looked at as someone who is the youngest to do this or that.

“I just want to be an established player and someone people respect, who is successful in this league.

“It is completely new to me and something not a lot of American players have experienced. It is a blessing to be in this position, so I can inspire American kids, to show them we can do it too.

“It also shows how much the sport is growing in the USA.

“Major League Soccer is getting much bigger and whilst other sports are not going away, soccer is growing a lot and we have a lot of great prospects in the US.” 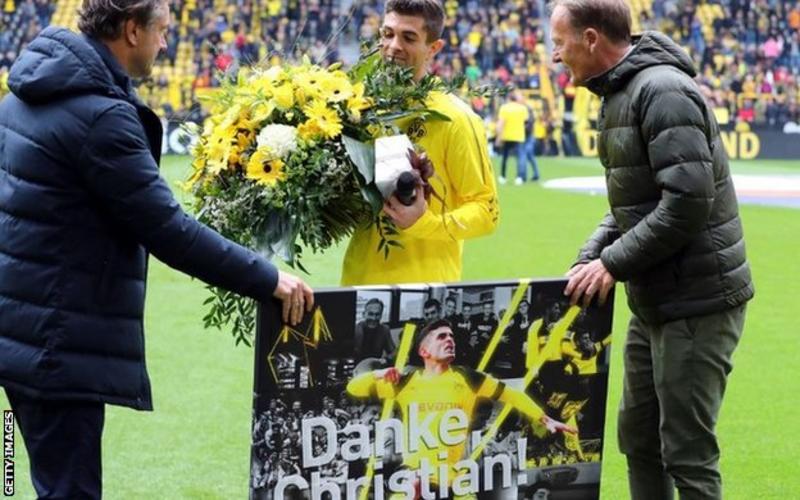 Pulisic owes his love of football to his father Mark, who played indoor football professionally before moving into coaching.

When his wife, Kelley, got a teaching scholarship in the UK, Mark came over with then seven-year-old Pulisic, and got his Uefa A licence coaching qualification.

For his part, Pulisic played junior football at Brackley Town and soon started to realise how different football was treated in England compared to the United States.

“Initially I was a little bit confused and wondered why my family was going to England. I didn’t really want to leave home,” he said.

“But I soon realised how much people over here loved the game. To be in that culture and get thrown right in just grew my passion even more. Every day after school I was on the court playing.

“I would go to games with my dad, including one at Chelsea. I don’t remember how old I was but it would have been around the time Jose Mourinho was there.

“The fans were screaming and yelling. The atmosphere was fantastic. I had never seen anything like it.”

When Pulisic announced he was leaving Dortmund, he made an emotional post on social media, thanking the club for having faith in him and giving him an opportunity.

He joined the German club from Pennsylvania Classics as a 16-year-old in February 2015, his path smoothed considerably by a Croatian grandparent which meant he qualified for a European Union passport.

He made his Bundesliga debut within 12 months and went on to make more than 100 competitive appearances for Dortmund.

As Chelsea are facing a two-window transfer ban, Pulisic could be the only new face at Stamford Bridge for 12 months.

Nevertheless, he is confident Chelsea will be competitive next season, and does not view the 26 and 25-point gap to Manchester City and Liverpool respectively as being insurmountable.

“We are a confident group of guys,” he said.

“Liverpool and City are two great teams who had great seasons but I have seen Chelsea compete against big teams and do well against them this season.

“We want to go in with a winning mentality and compete with them right away.” 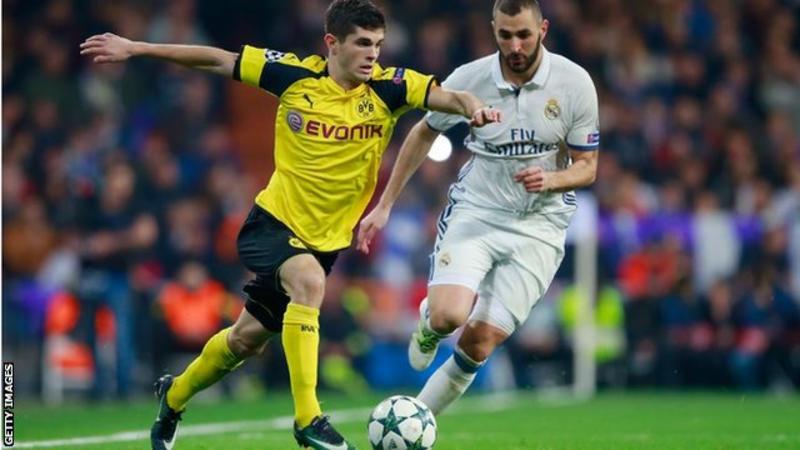 Doing nothing is no longer an option for Rugby Australia

Messi wannabe Arat Hosseini, 6, shows off shock six-pack and completes 3,000 keepy-ups after offering himself to Barca – The Sun