ANTHONY JOSHUA has offered some words of wisdom to Josh Warrington following the Brit's shock defeat to Mauricio Lara.

The former IBF featherweight champion suffered a ninth-round TKO loss to the unfancied Mexican last weekend, the first of his professional career. 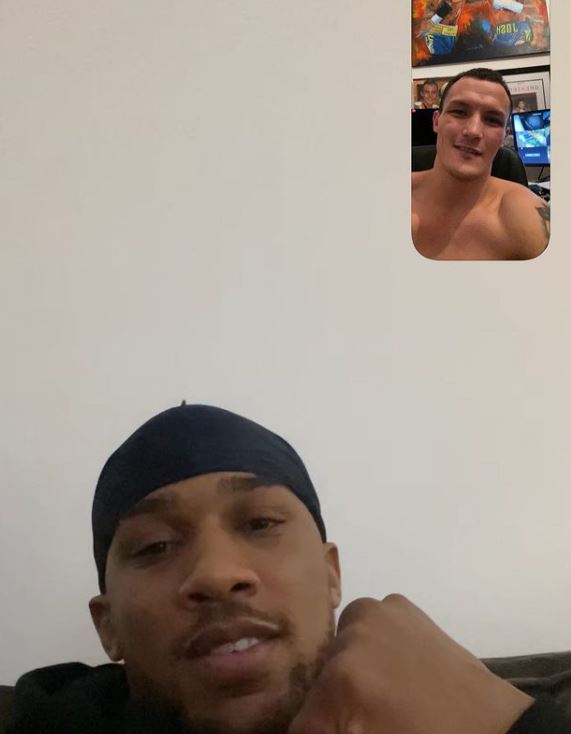 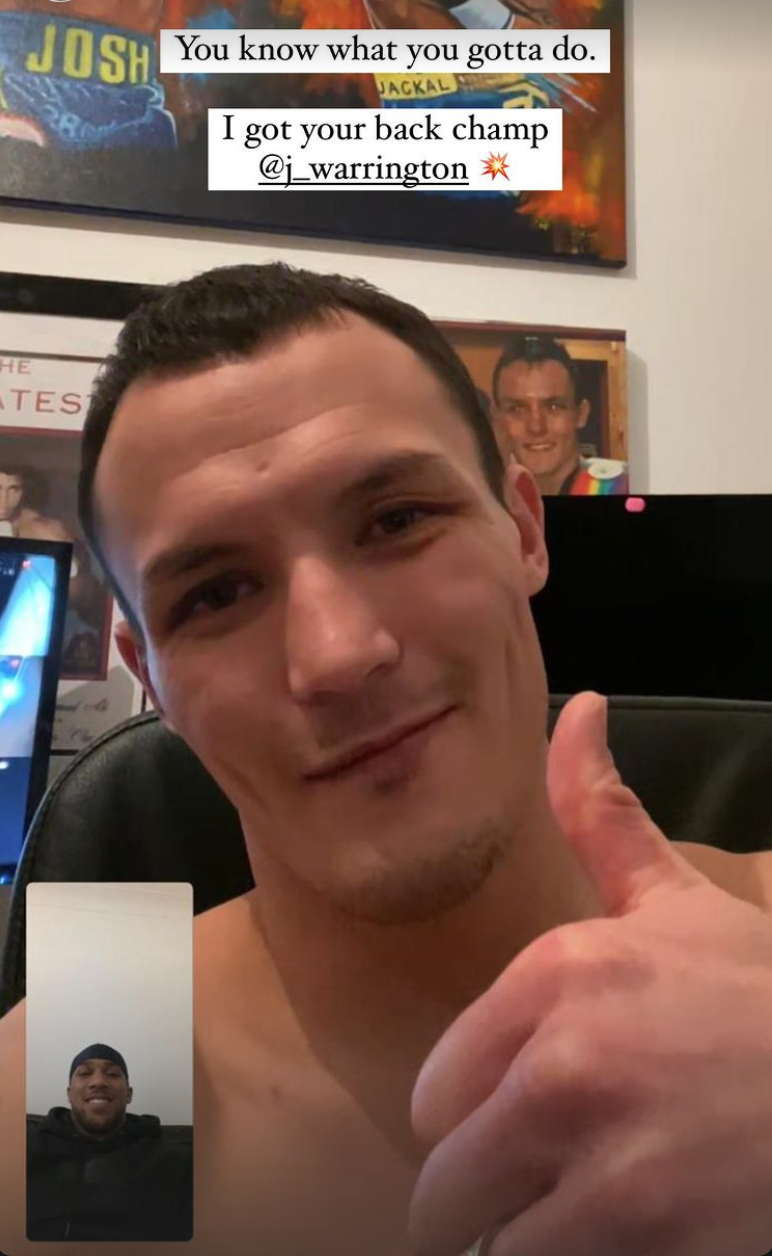 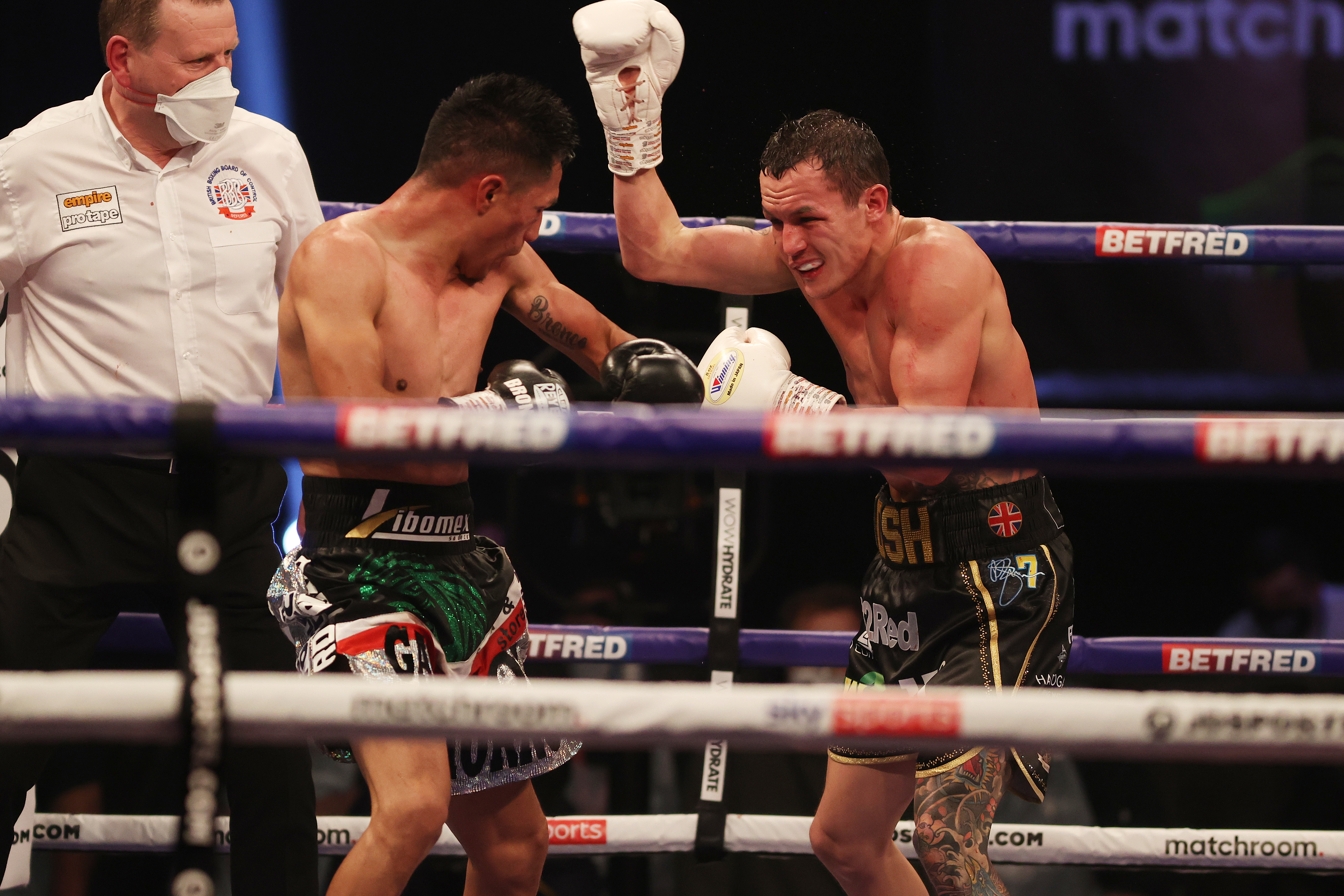 And a few days removed from his setback, Warrington received a heartfelt FaceTime from AJ – who knows a thing or two about being upset by an underdog.

Warrington shared a screenshot of their chat on Instagram with the accompanying caption: "Boxing school with @anthonyjoshua
.
"Lesson #1) Bouncing back after getting KO’d by a Mexican. Thanks for the call big man."

Unified heavyweight champion Joshua shared his end of the conversation to his Instagram story.

His accompanying caption read: "You know what you gotta do. I got your back champ @J_warrington."

The first defeat of Joshua's career came in similar circumstances to Warrington's, with the Olympian being stopped by Mexico's Andy Ruiz Jr in June 2019.

Warrington, 30, will be hoping for similar success if he lands a rematch with Lara.

In a video on his official YouTube channel, Warrington said: “Credit to Mauricio Lara.

“I should’ve boxed, kept it clever and just stuck to my boxing.

"I could’ve made it a lot easier, but I got drawn into that fight. I played his own game.

“Full credit to Mauricio. He came, took an opportunity and seized it. 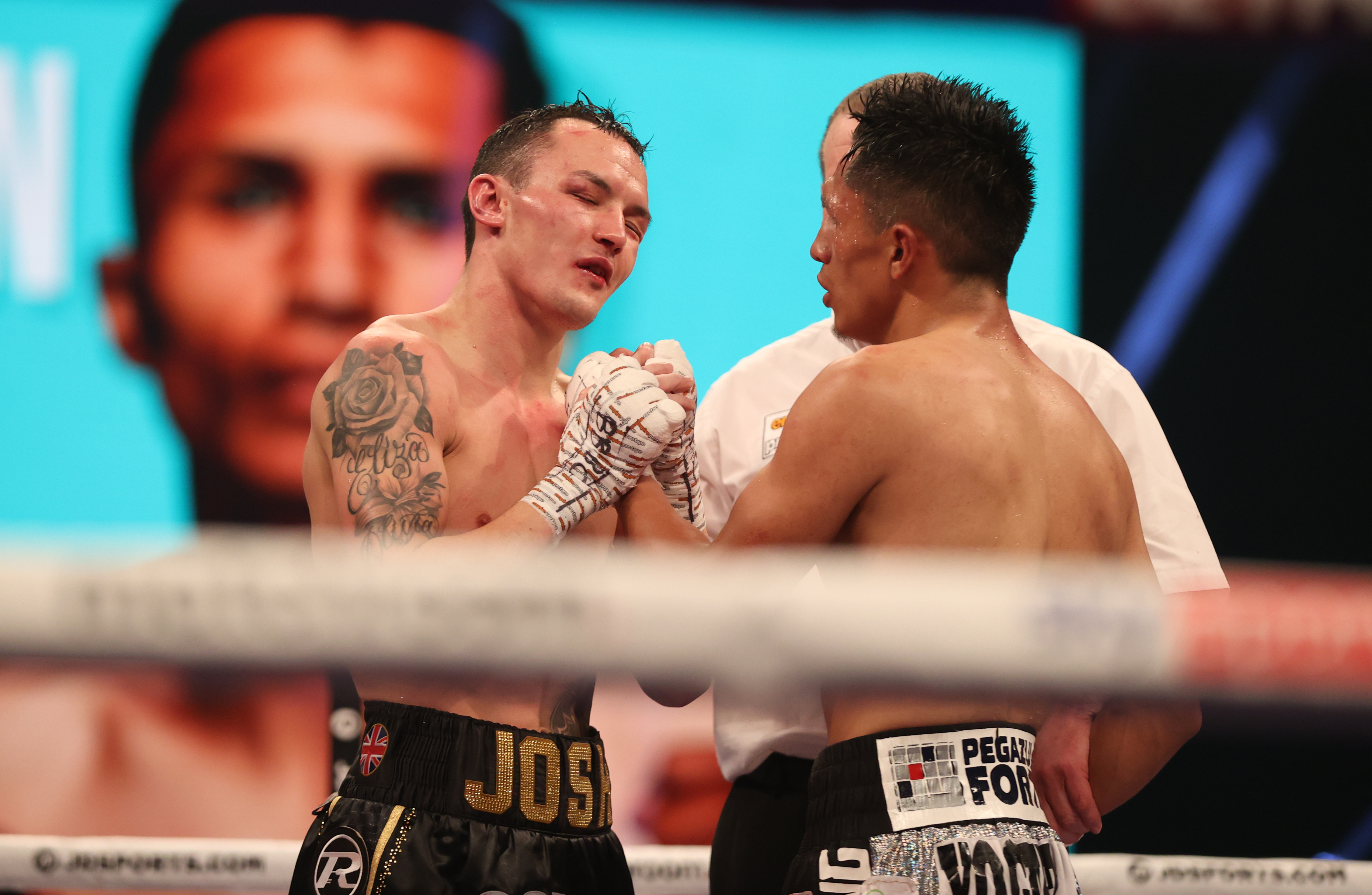 "I still feel I’ve got what it takes to achieve my dreams and my goals.

“The Leeds Warrior’s not over yet. It’s a bit of a bump in the road, but it happens to the best of us.

“It’ll only give me more motivation to come back even stronger. Full credit to Mauricio Lara.”

In a separate statement, Warrington added: “Will we meet again in a boxing ring? Who knows.

"We only fought a couple of days ago. But, if the chance comes, I will jump at it.”