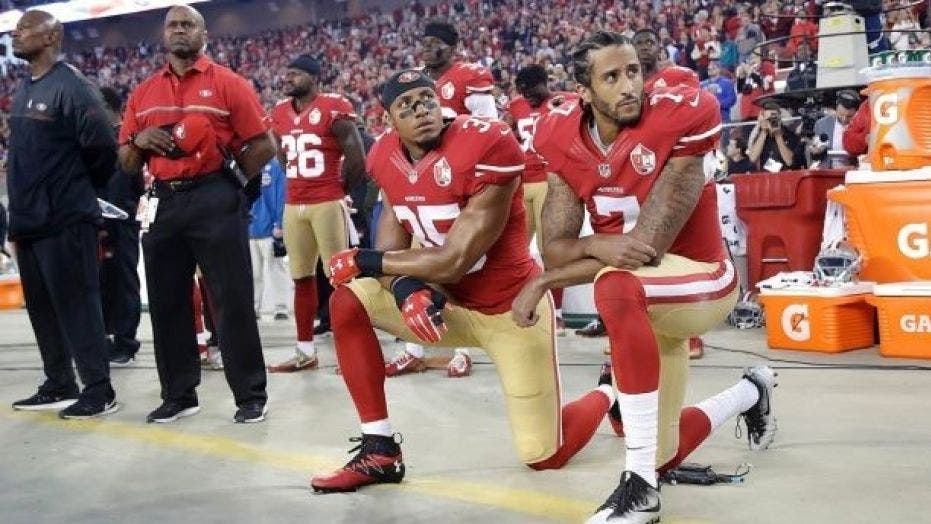 Colin Kaepernick spoke out against the NFL on Sunday in the middle of the league’s slate of opening games to start the 2020 season.

Kaepernick appeared to be angered by the NFL pushing its social justice initiatives while his former teammate Eric Reid remained a free agent to start the season.

“While the NFL runs propaganda about how they care about Black Life, they are still actively blackballing Eric Reid (@E_Reid35) for fighting for the Black community. Eric set 2 franchise records last year, and is one of the best defensive players in the league,” Kaepernick wrote.

Reid and Kaepernick were teammates with the San Francisco 49ers. When Kaepernick started his protest against police brutality and racism, Reid was the first player to kneel with him.

Upon Kaepernick’s departure and elongated free agency, he and Reid filed a grievance against the NFL alleging that owners were conspiring to keep them out of the league because of their protests. The lawsuit was eventually settled and Reid would later sign with the Panthers.

Reid was not re-signed after last season.

NFL Commissioner Roger Goodell had apologized earlier in the year for not listening to Kaepernick on why he was protesting.