DUSTIN POIRIER reckons Conor McGregor 'reeks of insecurity' after the Irishman said the first to attempt a takedown is a 'dusty b****'.

The 32-year-old pair are tied at one apiece in their series, which has set up the trilogy decider on July 10 in Las Vegas. 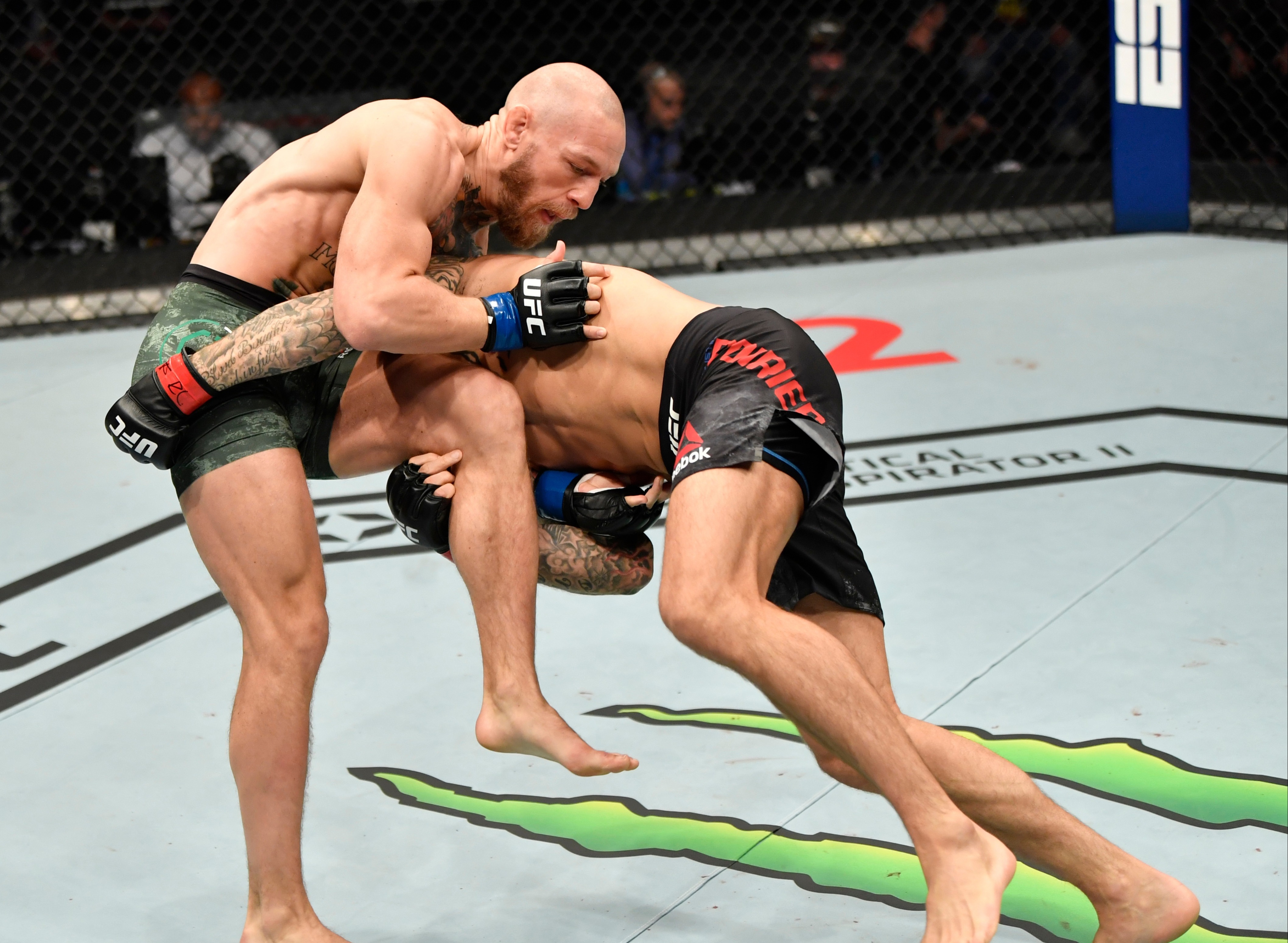 McGregor posted a billboard of their pay-per-view headliner and captioned: "First one to shoots a dusty b****."

Poirier reacted to McGregor's challenge to not look for a takedown, and insisted it was contradictory.

He told ESPN: “Isn’t he the one whose always preaching about the flow, the full martial arts, no holds barred, no rules, the ultimate fighting, when he’s talking about boxing and stuff, right?

“How about the first one to get taken down is dusty b****? This is mixed martial arts. Put it all together. It reeks of insecurity to me.”

McGregor first knocked Poirier out in round one of their 2014 featherweight fight on his rise to superstardom.

But the favour was returned in their rematch in January, levelling the playing field.

Before their first fight, Poirier admitted to falling victim of mind games and trash talk.

When McGregor returned seven months ago, he did so without his usual pre-fight warfare as a humbled father-of-two.

Now, Poirier does not know what side of the Irishman to expect, but welcomes either.

He explained: “The good thing about this one is if it’s crazy Conor again, I just don’t give a f***.

“I really don’t care. And in the last one too, if he’d have been crazy, I’d have been alright.

"I just don’t beat myself up mentally like I used to with the critics. I think it’s gonna be crazy Conor again, I’m pretty sure.

“I wouldn’t say funny but it’s – how crazy can you be? You got knocked out last time.

"We put you on airplane mode in front of the world in Abu Dhabi. What can you say?”