CONOR MCGREGOR says he is ‘staying away’ from his Proper 12 Whisky as he steps-up preparation for Dustin Poirier.

The Irishman launched the drinks brand in 2018, which is based on his birthplace Crumlin being the 12th postal district of Dublin. 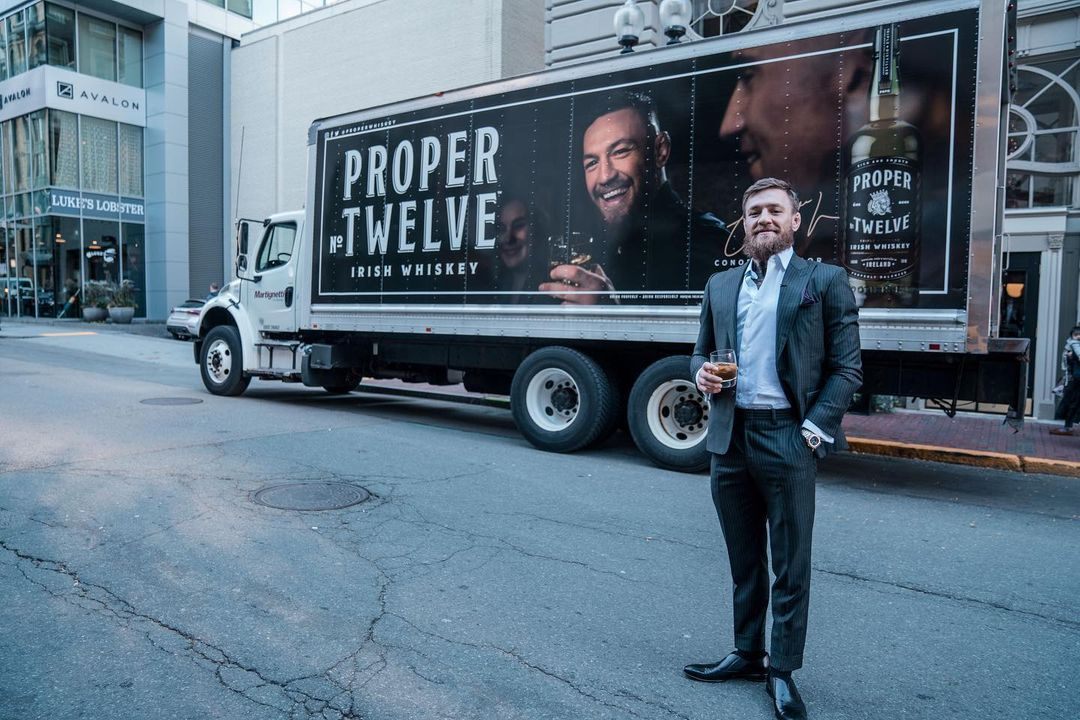 He regularly posts snaps and clips of himself enjoying a beverage of the whisky.

But he has now vowed to leave it alone until after his rematch with the American on January 23.

McGregor shared a photo of him grappling with trainer John Kavanagh on Instagram alongside the caption: “Me and @coach_kavanagh keeping each other away from the Proper Twelve this camp.”

Notorious is clearly taking his training in the build-up to the fight a lot more serious than he did for his infamous defeat to Khabib Nurmagomedov in 2018.

He revealed last year that he had been drinking whisky 'all bleeding fight week' before that loss to his bitter foe.

McGregor returned to the Octagon last January for the first time after that setback and destroyed Donald Cerrone within 40 seconds.

He had also promised to lay off the drink to help keep himself in top condition.

The 32-year-old emerged victorious last time he faced Poirier in 2014 thanks to a TKO inside two minutes.

He did announce he had retired from UFC last June as he cited a lack of action being behind his decision.

But after initially verbally agreeing a charity bout against Poirier, UFC chief Dana White moved quickly to book it for his promotion.

McGregor has hugely benefited financially since launching the Proper 12 brand two years ago.

It raked in over £750m from sales within the first 12 months – with Tesco restricting customers to only two per visit due to its popularity.

The Queen approved Royal Ascot plans to save meeting in June