CONOR MCGREGOR has shown off his latest £35,000 Rolex watch as he continues his return from injury.

The 33-year-old Irishman shared the giant watch with his social media followers on Instagram. 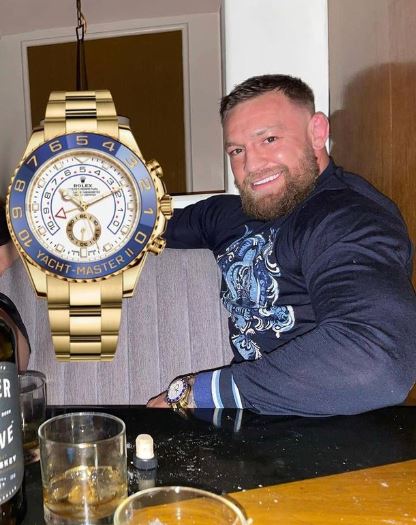 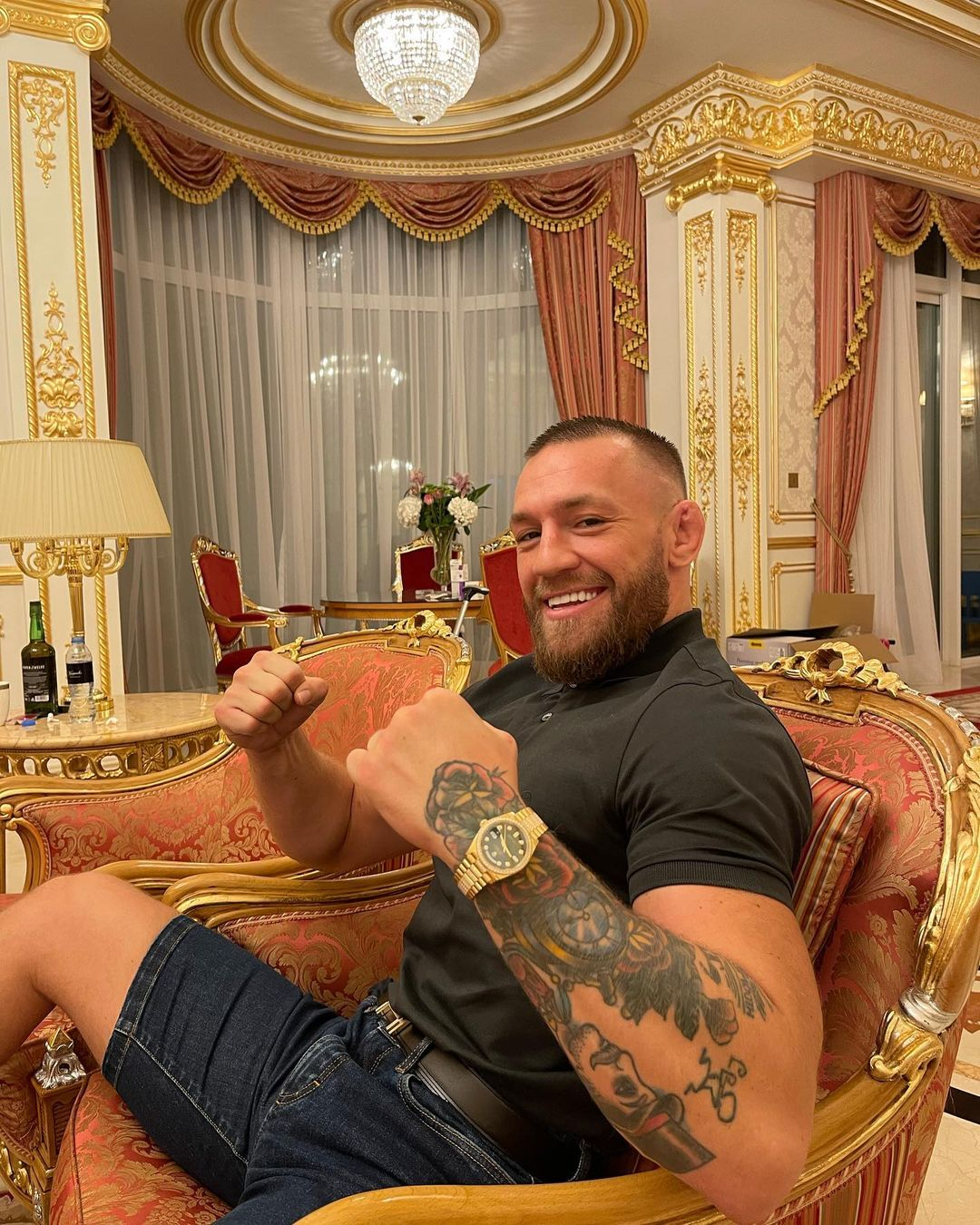 It is The Oyster Perpetual Yacht-Master II in 18 carrot yellow gold, a pricey watch that will have set him back a hefty sum.

He adds the huge gold Yacht-Master to the £16,000 silver version he already owns and seven-figure watch collection he has amassed during his career.

He posted the caption: "The biggest Rolex there is. The yacht master 2. A 44mm size face. Full gold. A solid gold beast with a white face.

"This one takes me back. Timeless!"

McGregor is currently continuing his recovery from the shocking leg break he suffered during his defeat to Dustin Poirier during their trilogy fight back in July.

And the two-weight world champion hit out at the UFC earlier this month with regards to the lack of support he has been given since the injury. 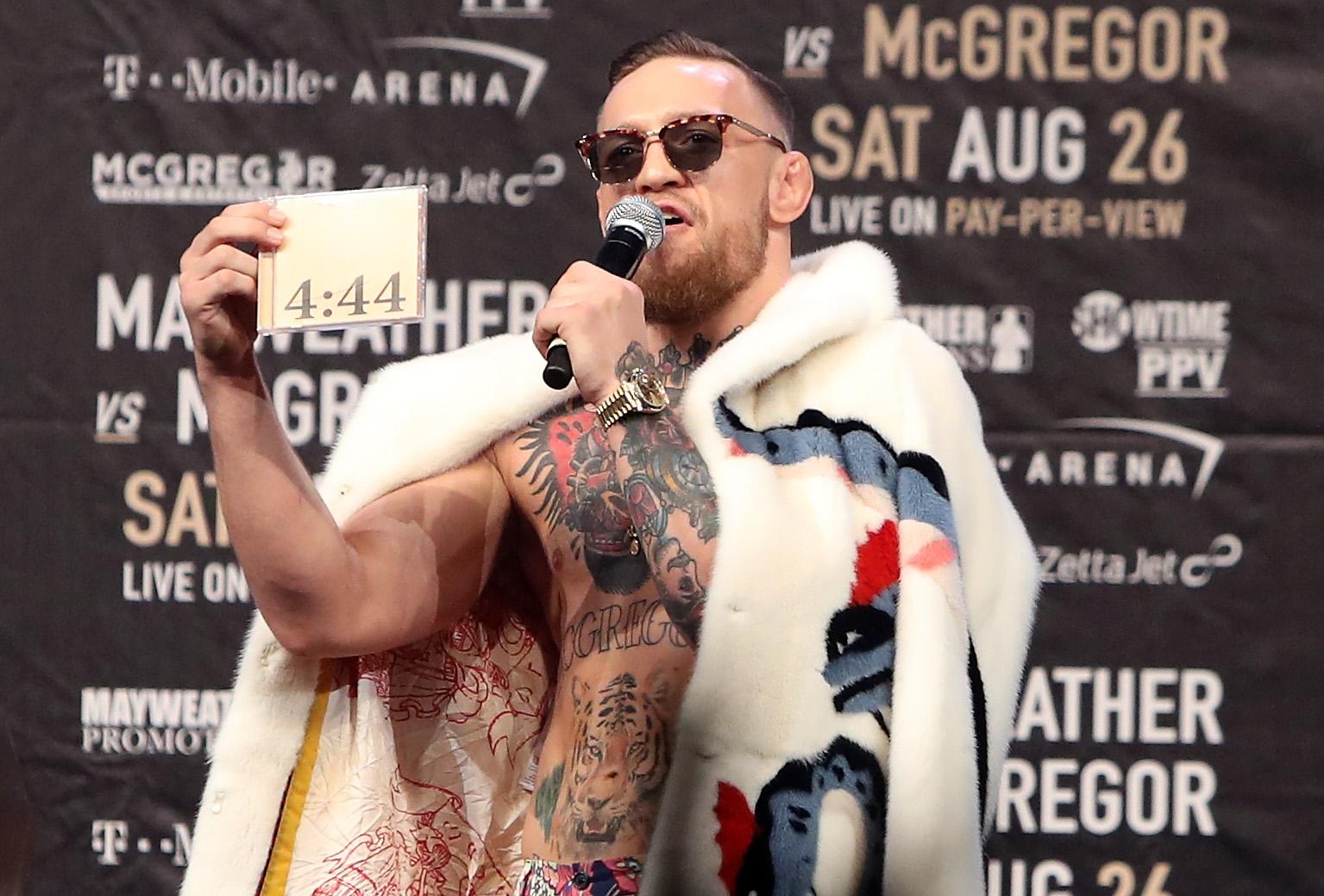 He said: "You know, since this freak injury happened to me, I’ve had very little support from my fellow colleagues.

"In fact quite the exact opposite. The claws came out.

"But no worries! I love a little scratch from a b****. See yous when I get ya’s you’s little nobodies!"

McGregor is eyeing a fourth fight with Poirier as he looks to pick up just his second victory since November 2016.

But WWE superstar John Cena believes it is time for The Notorious to change his career path and move into wrestling.

Cena said: “He'd be fantastic. He is what we do. [Wrestling is] a little less predictable.

“Our surprises are getting people to show up at random and weave the 'choose your own adventure' into a different alley.

“His surprises are getting a few teeth knocked out or getting an operation. Not to say that this doesn't happen with us, mistakes happen, but in his profession, it's not a mistake.”

Ex-Newcastle star Jonas Gutierrez would ‘last long’ in bedroom, claims his stunning ex-Wag as she opens up on sex life – The Sun

Opinion: Life inside the NBA bubble left me with mixed feelings