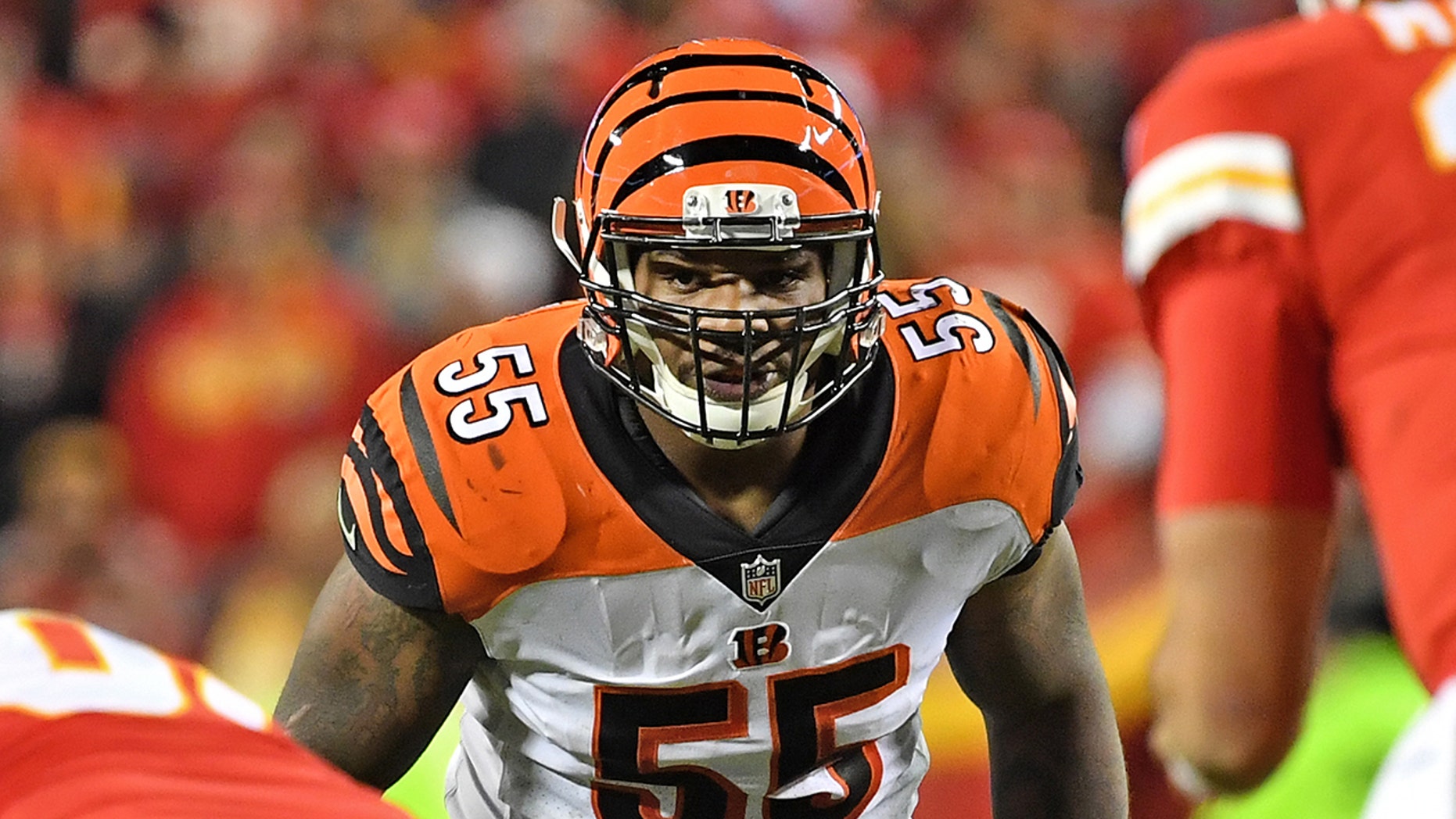 Linebacker Vontaze Burfict #55 of the Cincinnati Bengals may be finished.
(Photo by Peter G. Aiken/Getty Images)

One of the NFL's most brutal tacklers and controversial players could be on his way out of the league thanks to his seventh career concussion.

Cincinnati Bengals linebacker Vontaze Burfict reportedly suffered a concussion Sunday against the Cleveland Browns. According to ESPN, it was his second this month, the last of which came on December 2 against the Denver Broncos.

He was caught on video appearing to hit a trainer who was walking him off the field.

When asked about the injury immediately after the Bengals' loss to the Browns, head coach Marvin Lewis said: "You're not a doctor and I'm not a doctor either."

Burfict is in his seventh season with the Bengals and has not played more than 11 games in the last five seasons, due to either injury, suspension for dirty hits on the field or failed drugs tests.

Burfict has missed 10 games over his career due to suspensions.

The 28-year-old has been characterized as a “dirty player” due to the nature of the hits he has leveled on players throughout the league.

This season, he was fined $112,000 for unnecessary roughness against Brown and Steelers running back James Conner, according to NFL.com.

Coronavirus latest: Hugo Palmer calls on racing to unite as Covid-19 crisis causes the sport to close down