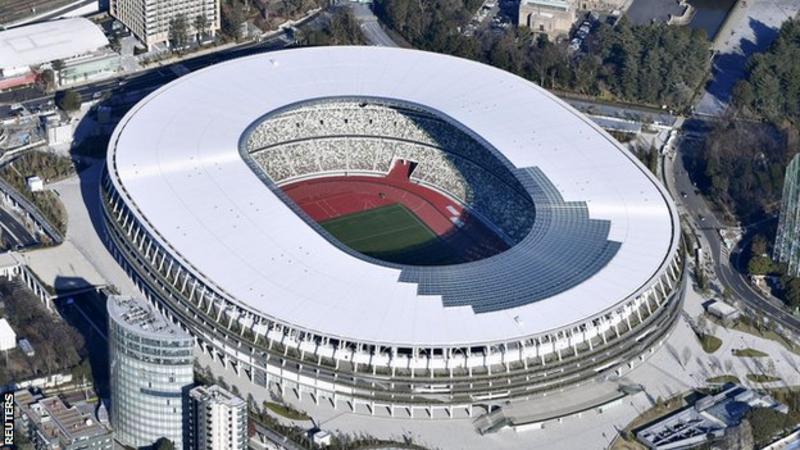 Preparations for the Tokyo Olympics are “business as usual” despite the outbreak of coronavirus, according to International Olympic Committee member Dick Pound.

A number of sporting events in China have been cancelled, with football in Italy also affected.

Speaking to Associated Press, Pound told athletes to “keep focussed on your sport”.

The outbreak in China has already led to the cancellation of April’s Chinese Grand Prix, and cases in Italy led to the postponement of four Serie A games last weekend and the decision to play five behind closed doors this weekend.

Inter Milan’s Europa League last-32 home match against Ludogorets will be played behind closed doors on Thursday, while organisers of the Six Nations are “monitoring very closely” the coronavirus situation, with Italy set to host England and Ireland in the coming weeks.

Japan’s J-League has postponed all domestic football matches until the middle of March, while the Tokyo Marathon on 1 March will now be for elite athletes only instead of being a mass participation event.

With the Olympics due to begin on 24 July, Pound said any decision on whether the Games will go ahead does not need to be taken until late May.

“You could certainly go to two months out if you had to,” the 77-year-old Canadian said. “A lot of things have to start happening. You’ve got to start ramping up your security, your food, the Olympic Village, the hotels, the media folks will be in there building their studios.

“This is the new war and you have to face it. In and around that time, I’d say folks are going to have to ask: ‘Is this under sufficient control that we can be confident about going to Tokyo, or not?'”

Pound explained that the IOC will be led by decisions taken by the World Health Organization (WHO) and individual national governments.

“We’re pretty good at dealing with sport problems, but a pandemic is beyond our pay grade,” he told BBC Radio 5 live.

“It will depend on the WHO to make a call with respect to international travel and the places that should be avoided. It may come down to a government intervention in Japan, or other governments saying ‘we don’t want our citizens travelling there’.”

Pound said that cancelling the Games is a “worst-case scenario” and that other contingencies, such as a postponement, or even dispersing events across the globe, may be already be under consideration.

“We have to think of alternatives,” he said. “Could you still hold them this year? We would speak with the Japanese government to ask them if this ‘bubble’ can be held in place.

“Everything is on the table. You could disperse the Games, for example have some events in Canada, some in Britain, etc.”