CRISTIANO RONALDO looked like he meant business as he reported for Manchester United training.

The Portuguese star rolled into Carrington in his £250,000 Bentley followed by two burly security guards in a plush Range Rover. 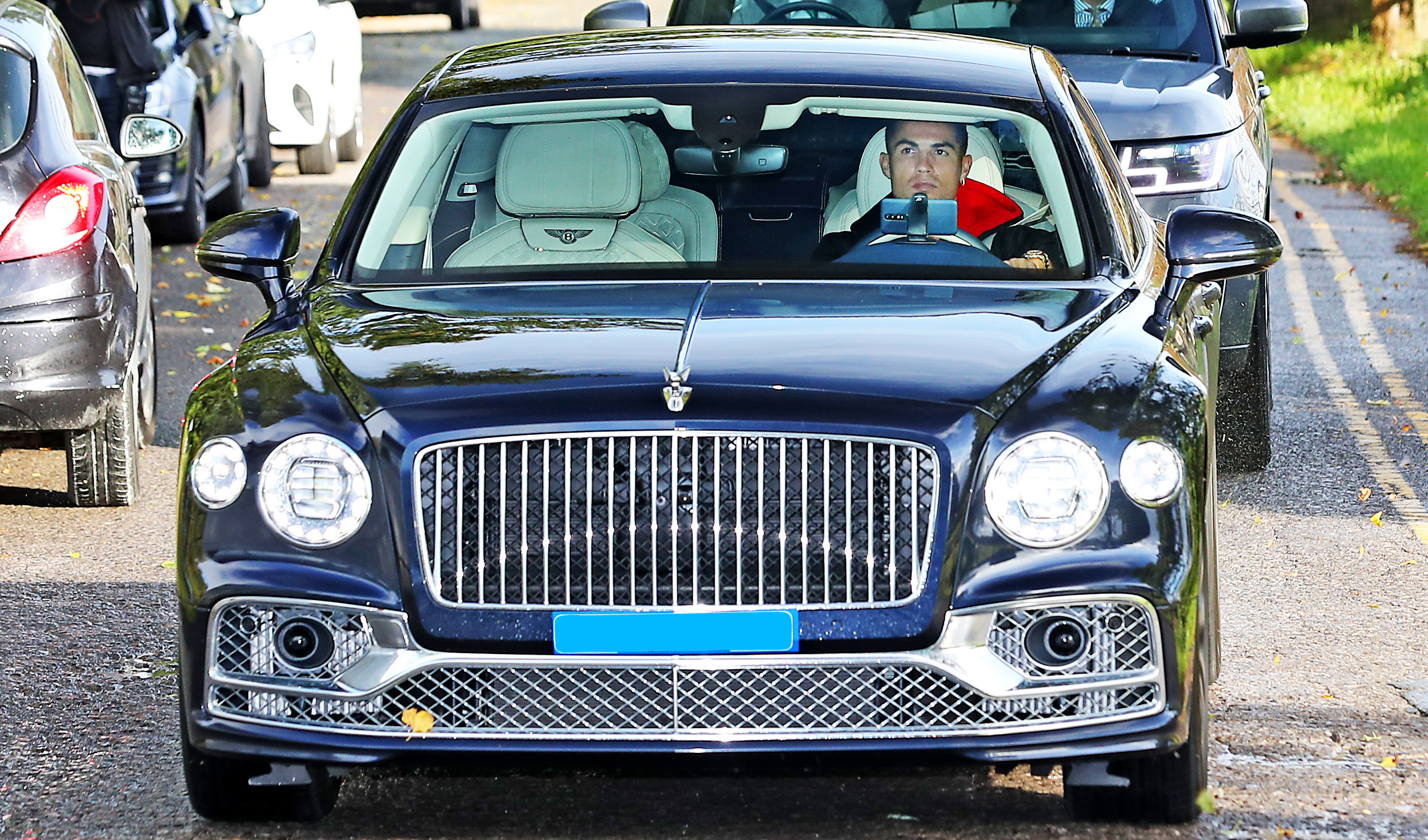 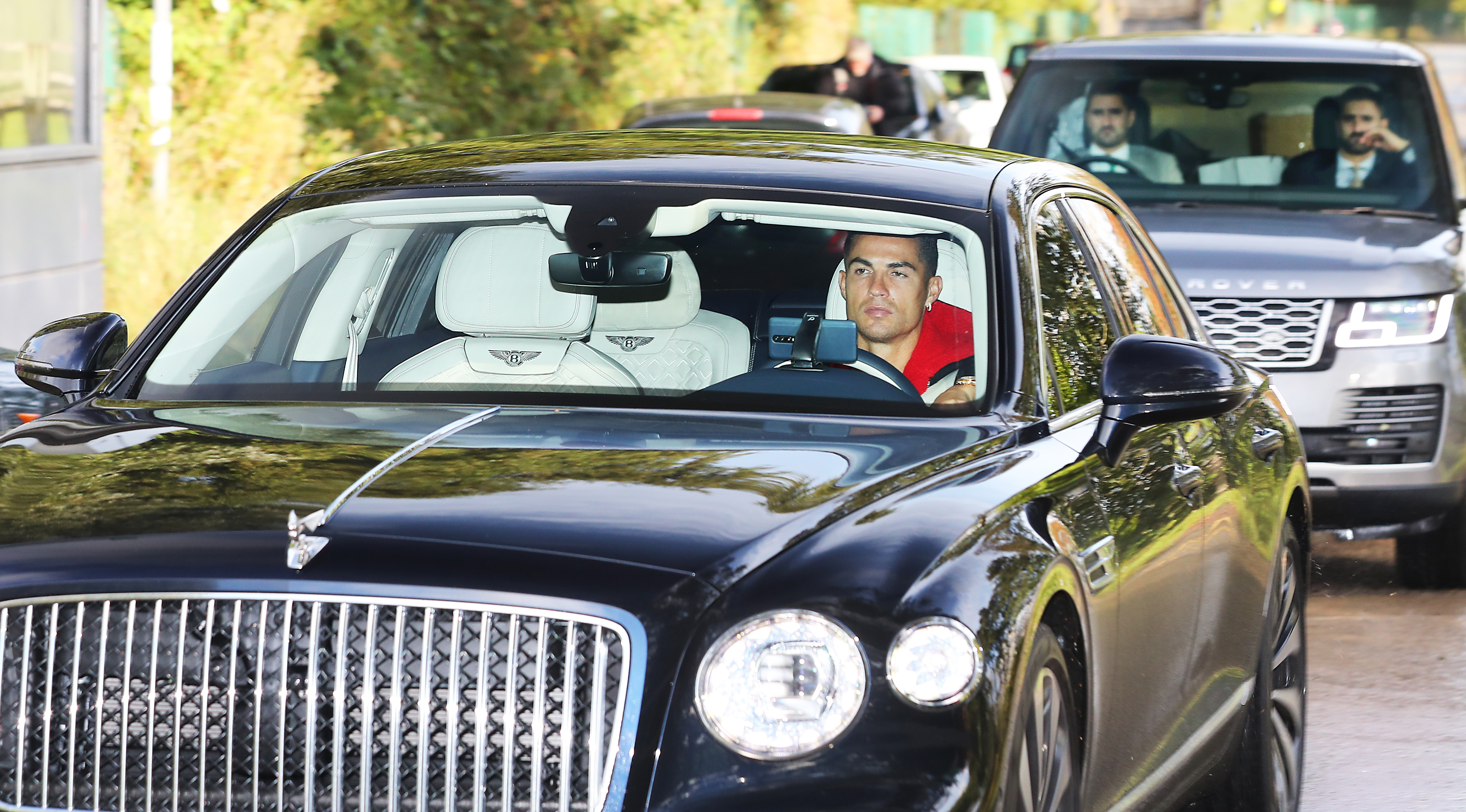 Famed for his dedication to training, Ronaldo will have been demanding high standards as United prepare to face Aston Villa on Saturday.

The 36-year-old could only watch as his team-mates slumped to a Carabao Cup exit at the hands of West Ham on Wednesday night.

Boss Ole Gunnar Solskjaer had rung the changes for the third round tie with Ronaldo given the night off following his goal-laden return to United.

And the club legend is unlikely to have been impressed by what he saw after United’s second-string side were dumped out of yet another trophy.

Ronaldo had a face full of concentration as he arrived for training in his top-spec Bentley Flying Spur.

The five-time Champions League winner has a car collection to match his glittering trophy cabinet.

He was at the wheel of a £160,000 Lamborghini as he was chased by adoring fans after arriving back in Manchester for his second coming at the club.

Earlier this summer he was spotted taking a tour of Ferrari’s Maranello factory where it was reported he ordered a Ferrari Monza worth £1.4million.

That is nothing compared to the £8.5m he reportedly splurged on a limited edition Bugatti Centodieci – of which only ten have been made.

His private car collection is reported to stand at a staggering £17m, with Bugattis said to be his favourite.

Army-Navy game offers a constant in year of turmoil