THIS was a tough watch – and not just if you were having problems with Amazon’s faulty streaming service.

But Newcastle will not care as they scored twice through Callum Wilson and Joelinton in the final minutes to create essential viewing for their fans. 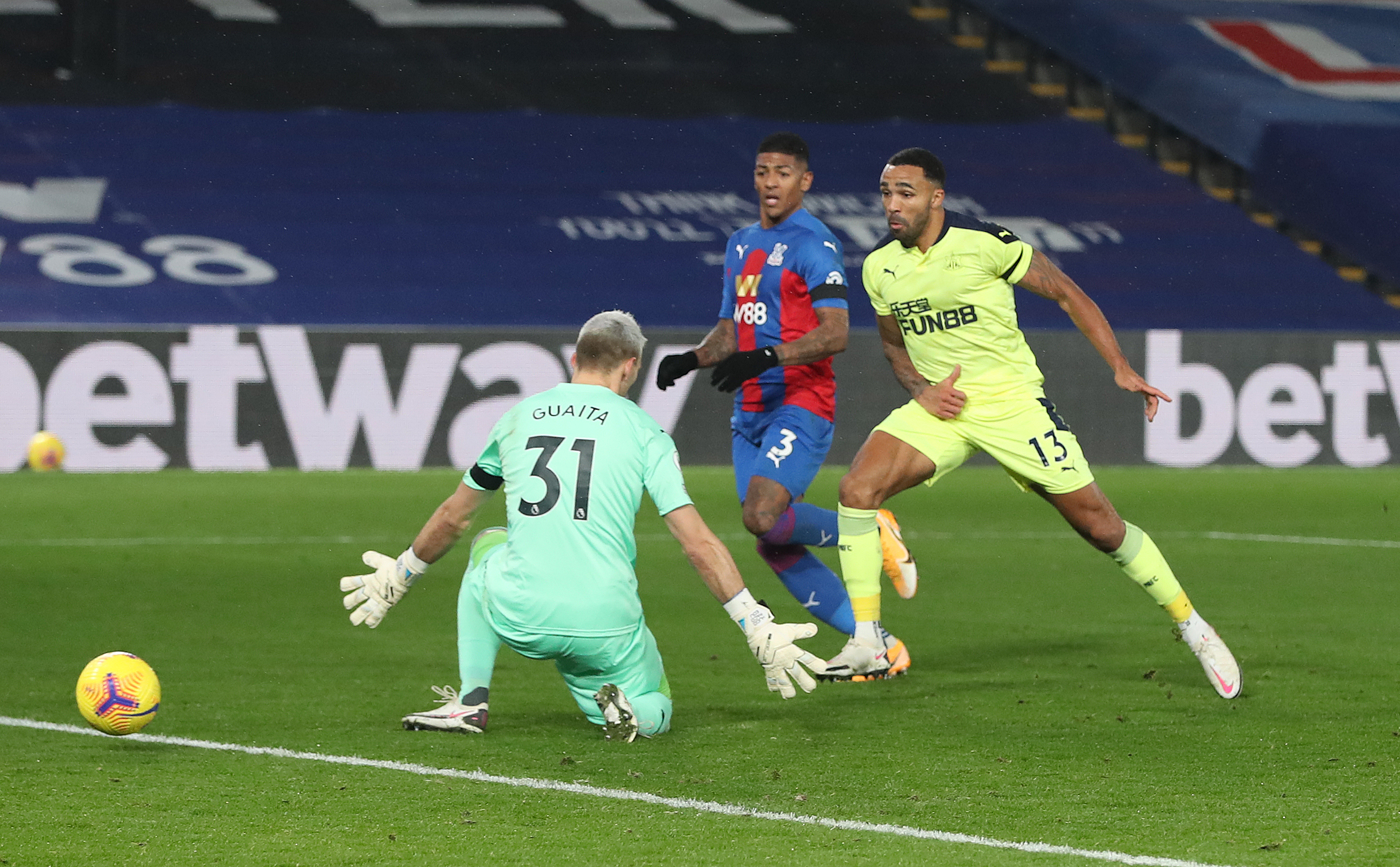 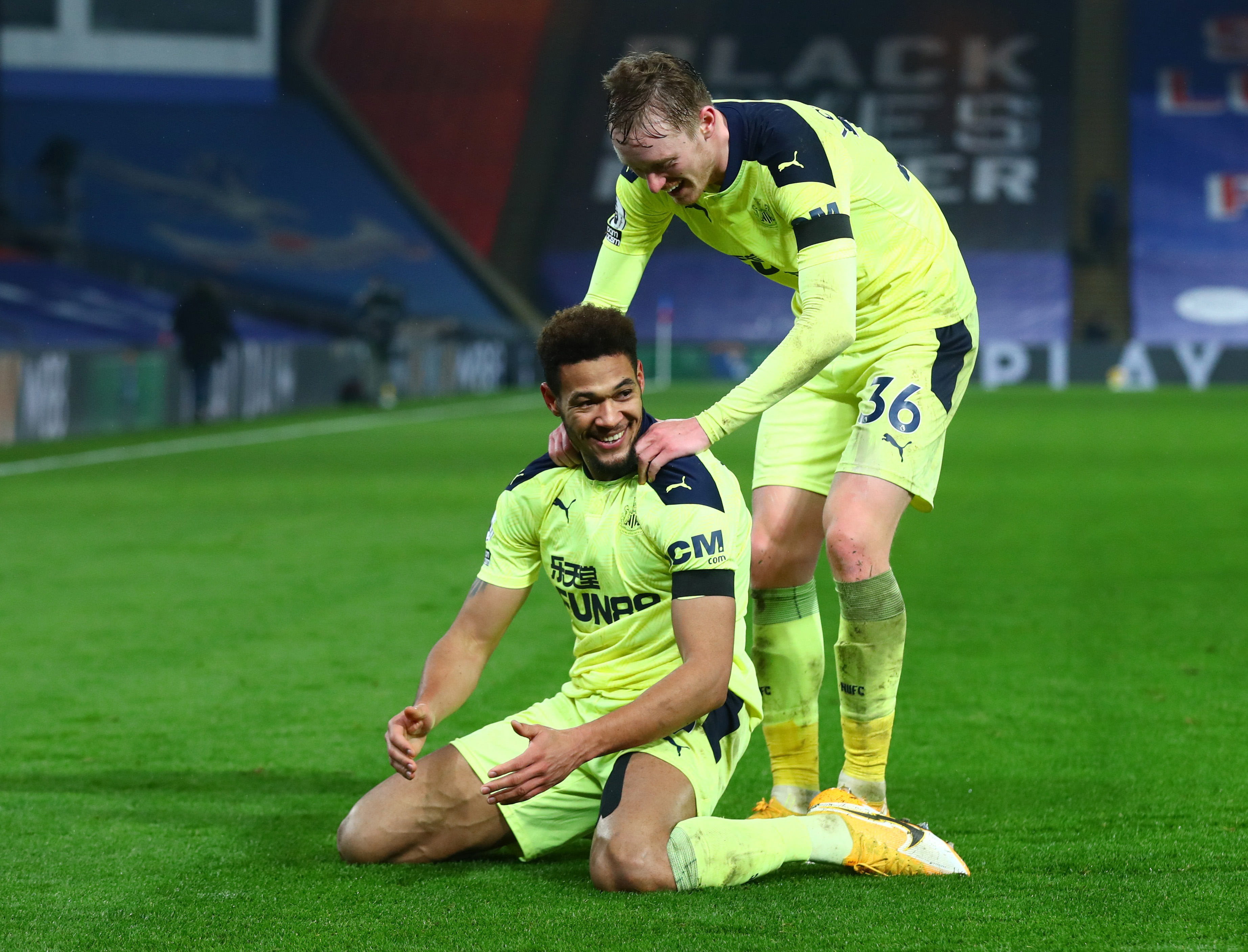 Online giants Amazon had said sorry for the poor quality of their production as users complained of lagging issues, dodgy definition and, in some cases, no images at all.

Sidelined Newcastle midfielder Isaac Hayden, watching from home, was among the many who raised the issue on social media.

It will have made for a stressful return to presenting for host Simon Thomas, who apologised on air for the sound problems.

But in truth frustrated fans did not miss a whole lot – until a breathtaking final few minutes as Steve Bruce’s men pulled off a classic smash-and-grab.

This was unlikely to be a thriller given both managers’ pragmatic approaches and even less probable with both sides missing their most creative players.

Crystal Palace were without Wilfried Zaha who was still self-isolating following a positive Covid test.

While Allan Saint-Maximin was sidelined for Newcastle due to an injury picked up in training. 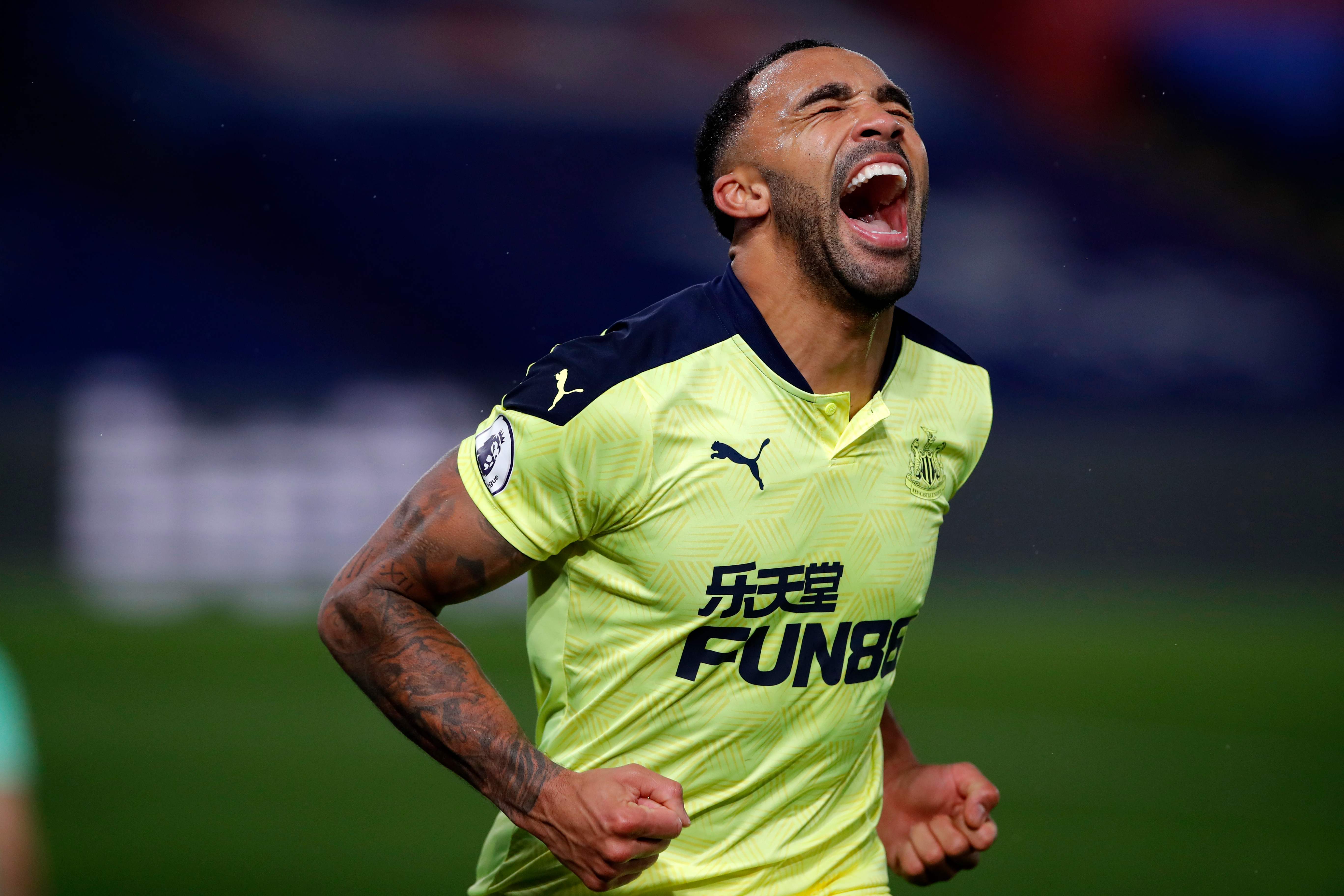 Though there were suggestions the Frenchman was going to be dropped anyway due to his recent poor form which seems to have started since he signed a new six-year deal.

Bruce also had his own Covid problems with three of his team self-isolating.

He would not say who but the absences of Jamal Lascelles, Hayden and Emil Krafth were conspicuous.

All players were wearing black armbands in honour of Diego Maradona, who passed away aged 60 on Wednesday.

Every Premier League team will follow suit this weekend as they pay tribute to one of the greatest to play the game.

One piece of good news for Bruce was that he had his talisman Wilson back.

But unfortunately for the Geordie gaffer, all the good chances in the first half fell to Wilson’s much-maligned strike partner Joelinton – even if he did eventually have the last laugh.

The Brazilian's first effort was from 25 yards out, so always a longshot, literally.

But the way ballooned on his weaker foot so far wide did not inspire confidence.

Joelinton then headed weakly wide from a Jamal Lewis cross before firing another tame shot in from distance.

Palace looked fairly toothless too, though Newcastle had to rely on Karl Darlow’s reactions to prevent an Ebere Eze thunderbolt from finding the top corner. 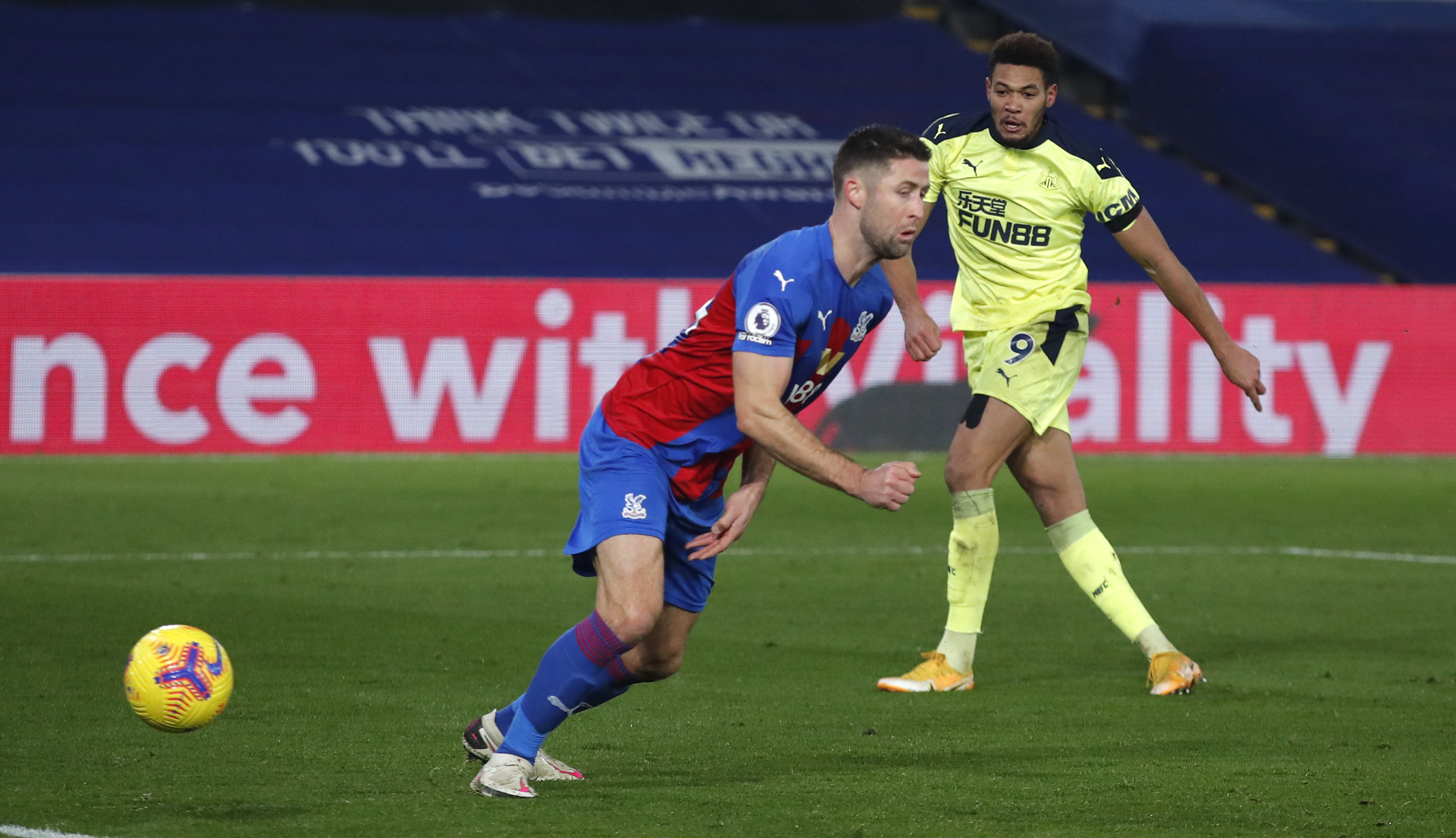 Darlow was at his best again on the half hour as he dived low to beat away a Jeffrey Schlupp low shot towards his near post.

Newcastle No1 Martin Dubravka is back in light training after cracking a bone in his ankle.

But he will have a job on his hands winning his place back given how Darlow has been performing this term.

Newcastle’s quality at the back could not be matched up top as Joelinton wasted his best chance of the half.

A sloppy pass from Scott Dann allowed the £40million man a sight at goal inside the box but again he could not beat Vicente Guaita.

Wilson finally earned himself a chance on 67 minutes as he left to meet Javi Manquillo’s cross – but his header went just over the bar.

The action finally kicked into gear in the final ten minutes as Matt Ritchie had a ferocious free-kick saved, Christian Benteke was denied by another Darlow stunner, while Mitchy Batshuayi was inches away from turning in Patrick van Aanholt’s cross.

We looked set for a 0-0 but then Joelinton played through Wilson who tucked the ball between Guaita’s legs with a minute to play.

And Joelinton even had time to make it two as his deflected effort made for an unmissable finish – at least for those who got to see it.

Climate change is scary. Talking about it productively doesn’t have to be.