UFC president Dana White jetted out to Abu Dhabi ahead of UFC 251 on 'Fight Island'.

The promoter was pictured on a flight with British legend Michael Bisping and former welterweight champion Matt Serra. 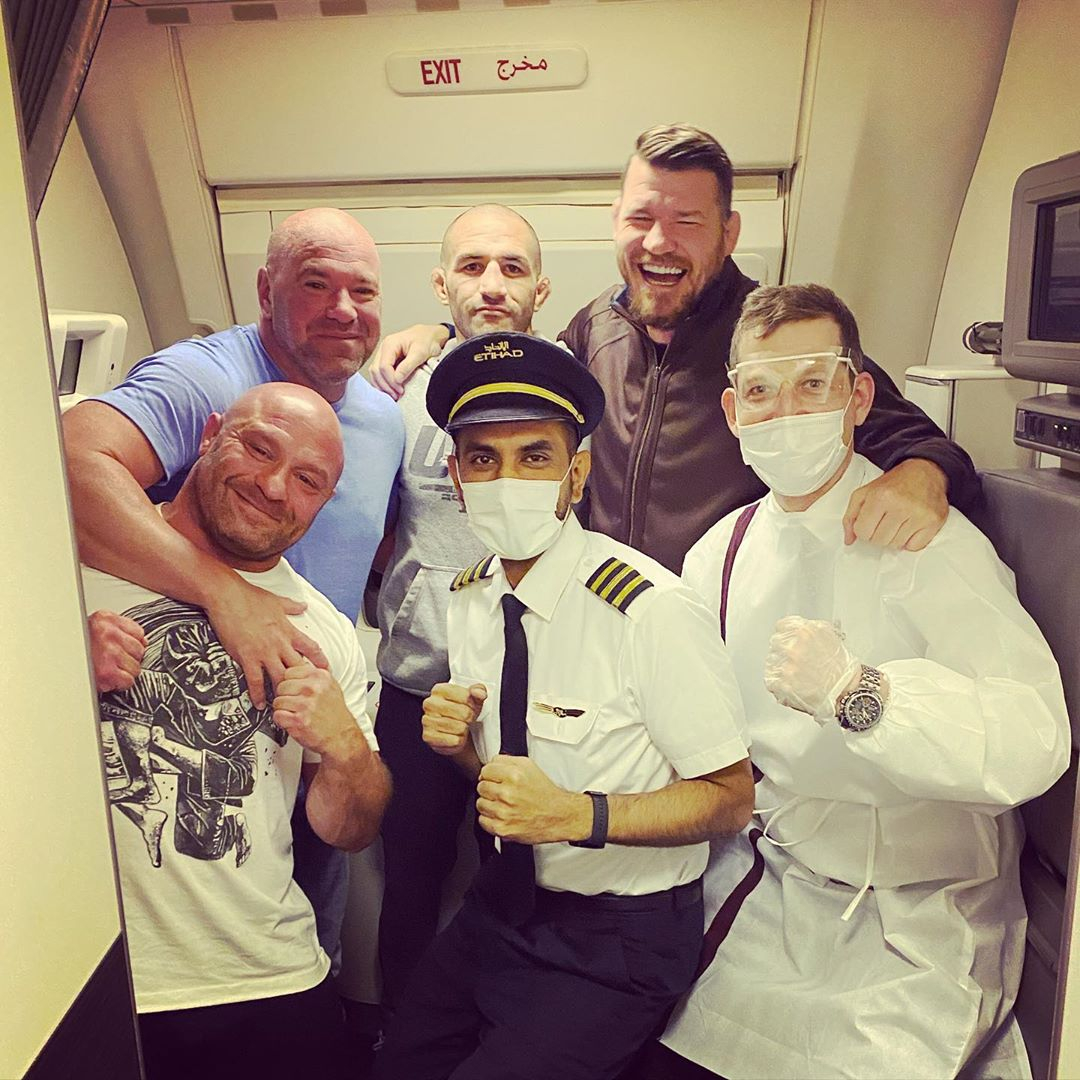 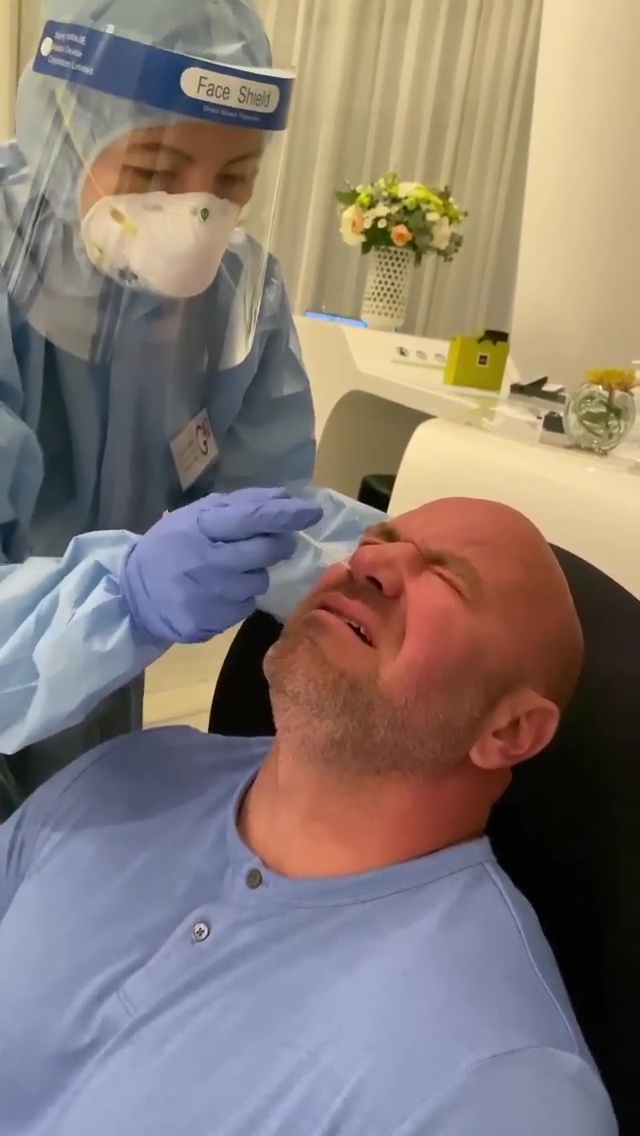 White later shared footage taking a Covid-19 test as he arrived in the Middle East ahead of the pay-per-view event.

All staff as well as fighters have to take the test and quarantine afterwards.

White travelled to the Fight Island without the stress of scrambling to salvage his main-event.

Panic set in after Gilbert Burns, 33, tested positive for coronavirus ahead of his fight against welterweight champion Kamaru Usman, also 33.

Brazilian Burns was only given the title fight after the UFC initially failed to agree terms with 35-year-old Jorge Masvidal.

But following last-gasp negotiations Masvidal was able to finalise a deal to step in on just a week's notice and challenge nemesis Usman.

White admitted the grudge match is "the people’s fight" with the headliners sharing a long-standing rivalry.

He told TMZ Sports: "It was brilliant of Masvidal to slide in after Gilbert Burns tested positive.

“The fight the people want to see, the people’s fight, is this fight.

"It was absolutely brilliant of Masvidal to slide into this spot and take the fight.”

Tour de France to start in Copenhagen in 2021, organisers confirm

Premier League stars worried their careers could be KO’d if they catch coronavirus, reveals Norwich skipper Grant Hanley – The Sun