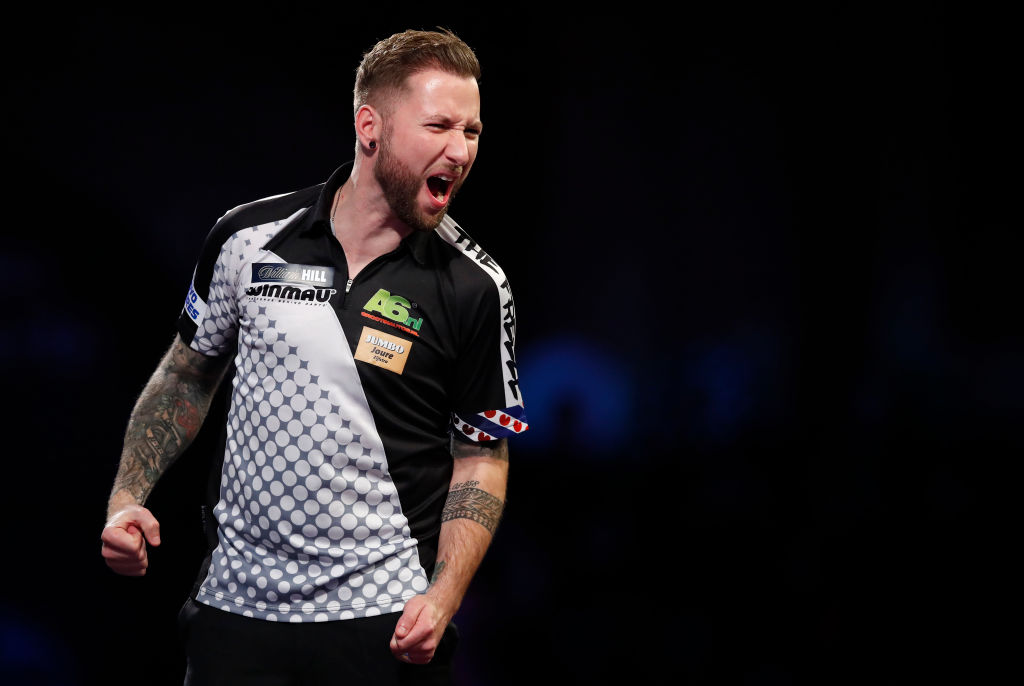 Danny Noppert is the 2022 UK Open champion after edging out Michael Smith 11-10 in an epic final in Minehead on Sunday night.

It is the Dutchman’s first major title in the PDC and Smith’s wait for one goes on after losing an incredible seventh big final.

A devastated Smith said: ‘I don’t know, it was absolute garbage there. Fair play to him but I was garbage, my doubles were so bad, my scoring was bad.’

It wasn’t a final of great quality, with Noppert incredibly climaing the title averaging just 84.82, but the tension and drama was not lacking.

Smith had a superior average of 90.33 and had a dart at bullseye to win the match, but fell short.

Bully Boy hit more 180s, 140+ and 100+ than Noppert, but 20 missed darts at double will be bothering him as he narrowly misses silverware again.

Smith had a really tough run throughout the tournament, starting his campaign with a win over Chris Dobey, followed by downing Gabriel Clemens in the fifth round and edging out Mensur Suljovic in a deciding leg in the next.

He was handed the then world number one in the quarter-finals, but saw off Gerwyn Price 10-7 before beating Irish youngster Keane Barry in the semis.

Noppert claims the £100,000 top prize and will shoot into the world’s top 16, while Peter Wright is the world number one, replacing Gerwyn Price after the Welshman fell at the quarter-final stage.

What the Yankees’ pitching staff could soon look like