The former centre-half, who clocked up 512 pro appearances in a 15-year career from 1975 to 1990 can vividly recall details of every match pictured. 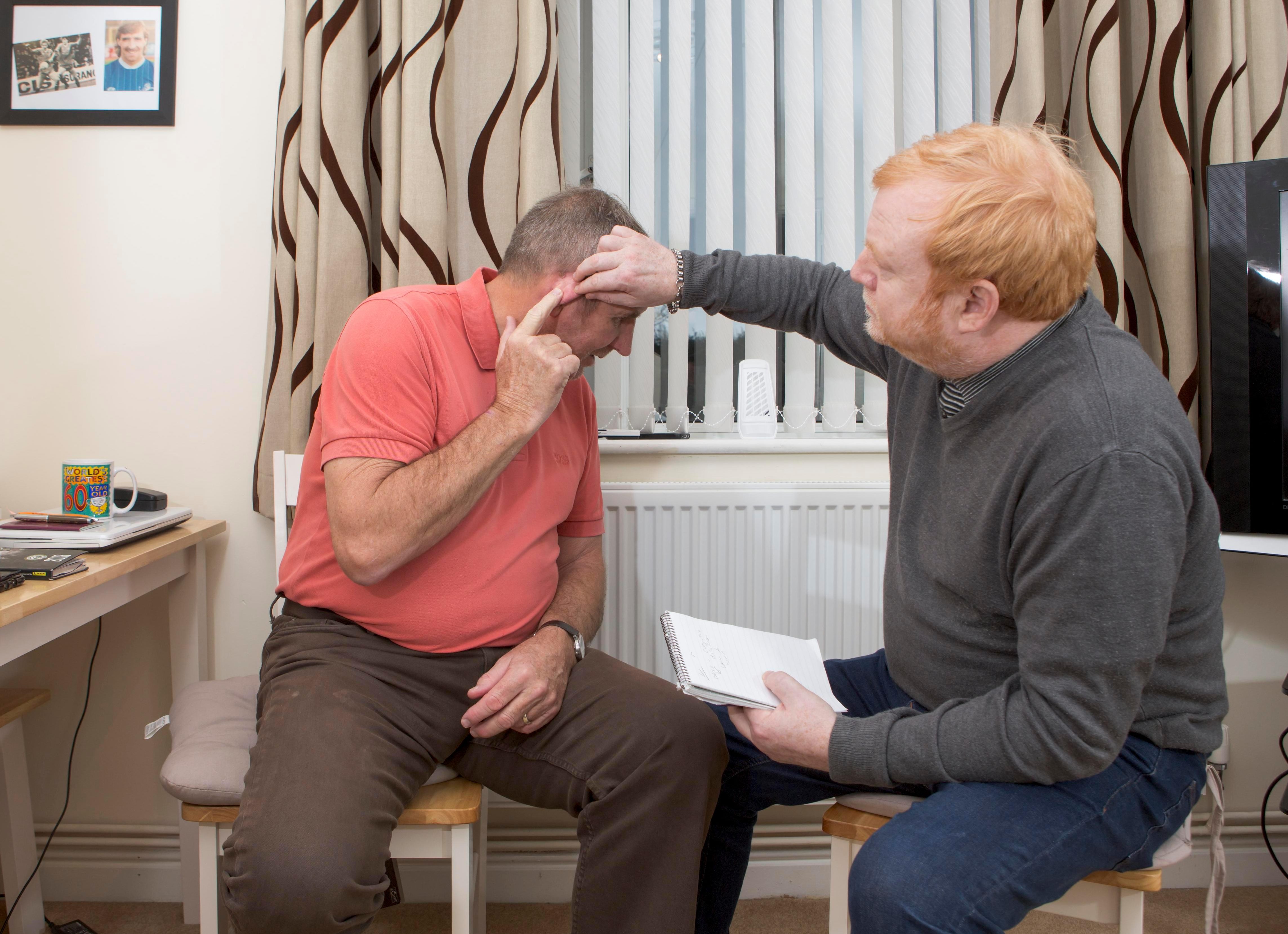 Remembering what he said or did just 20 minutes ago, though, is another matter.

Cusack, 62, has a neurocognitive brain disorder which results in severe short-term memory loss.

And while there is as yet no concrete medical evidence, he is no doubt what has left him in this state . . . the not-so beautiful side of the beautiful game. 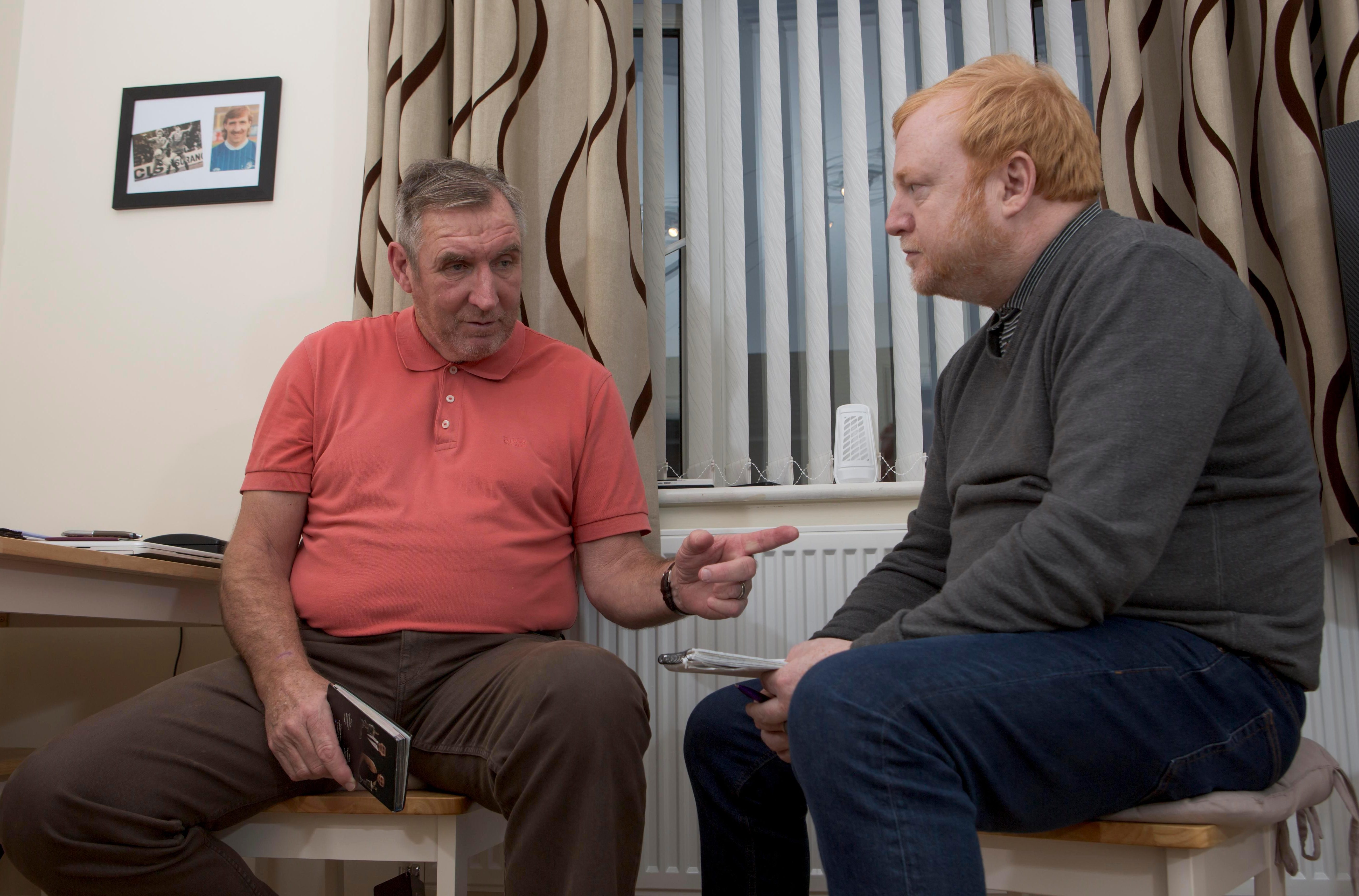 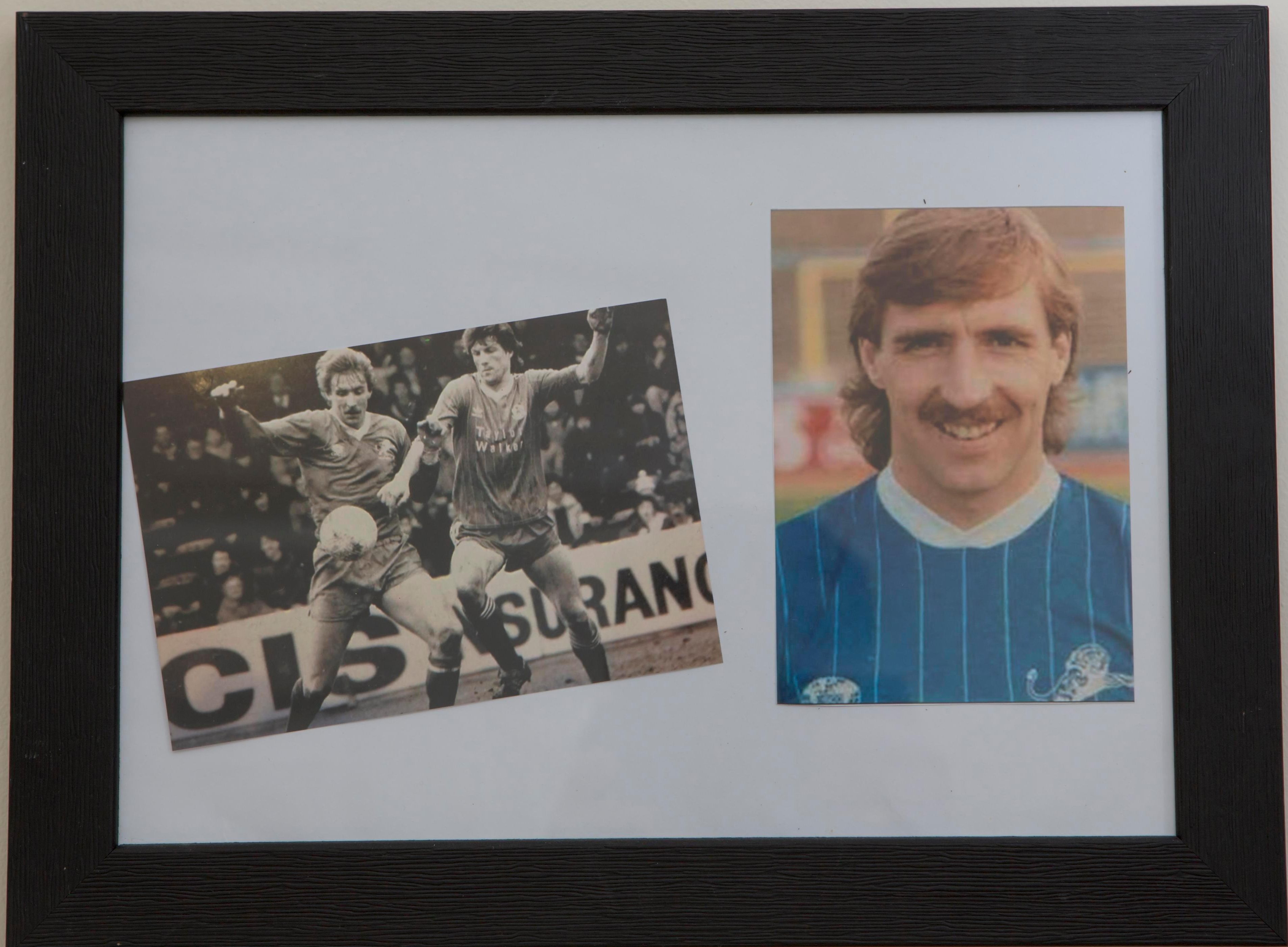 “Well, the only head traumas I suffered were in the shape of centre-forwards’ elbows.

“They are what’s done this to me — and others as well.

“People keep going on about the damage heading those heavy footballs has done to players. But there were no laces in the balls when I played and the balls were light.

“The damage to my brain has been caused by the countless elbows to head centre-forwards used to give me.” 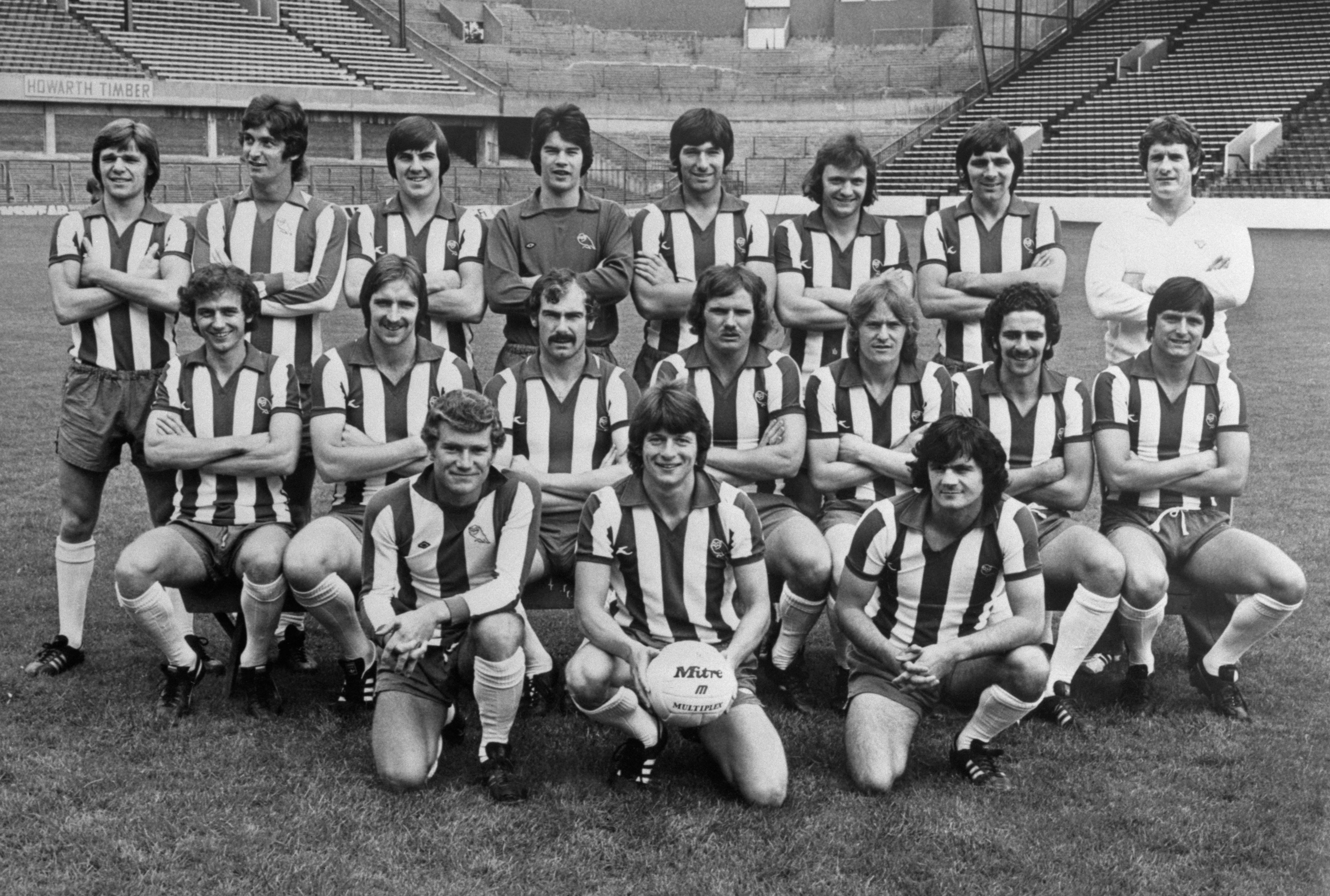 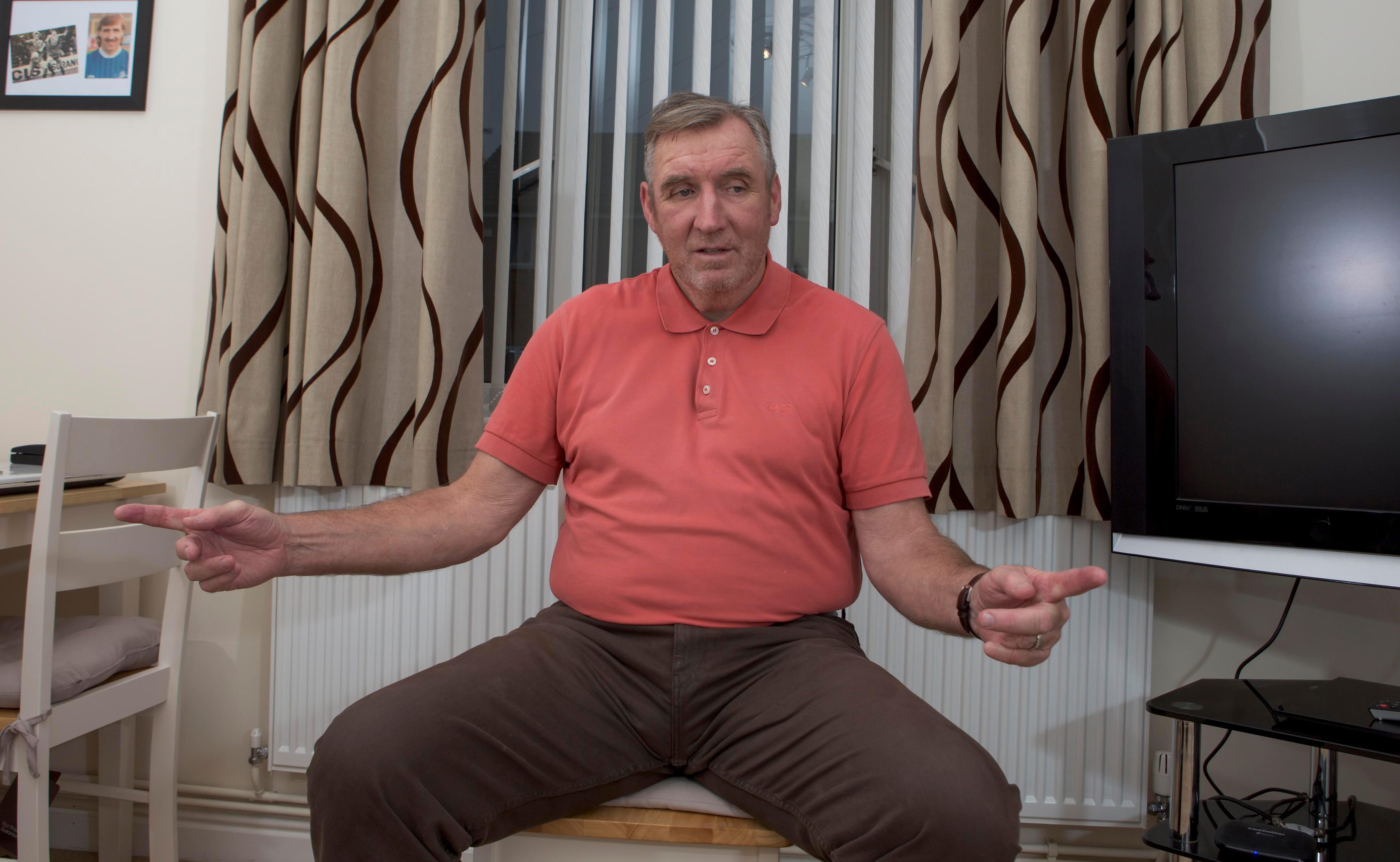 Cusack is a former PFA rep and management committee member and has had full backing from the players’ union, which is now set to conduct research into whether the problem was caused by elbows.

He said: “The main thing is forgetfulness.

“My short-term memory is so terrible the PFA send me two diaries each year because I have to write everything down. I keep one with me all the time.

“People will think it’s terrible for me but it’s worse for my kids having to listen to me repeat things because I’ve forgotten what I’ve said.”

I experienced it first hand during my visit to see Cusack, who has just moved back to his native Yorkshire to be closer to daughter Lucy-Ann, 39, son Tom, 35, and the rest of his family.

In the time it took the kettle to boil, Dave asked me four times whether I wanted tea or coffee. 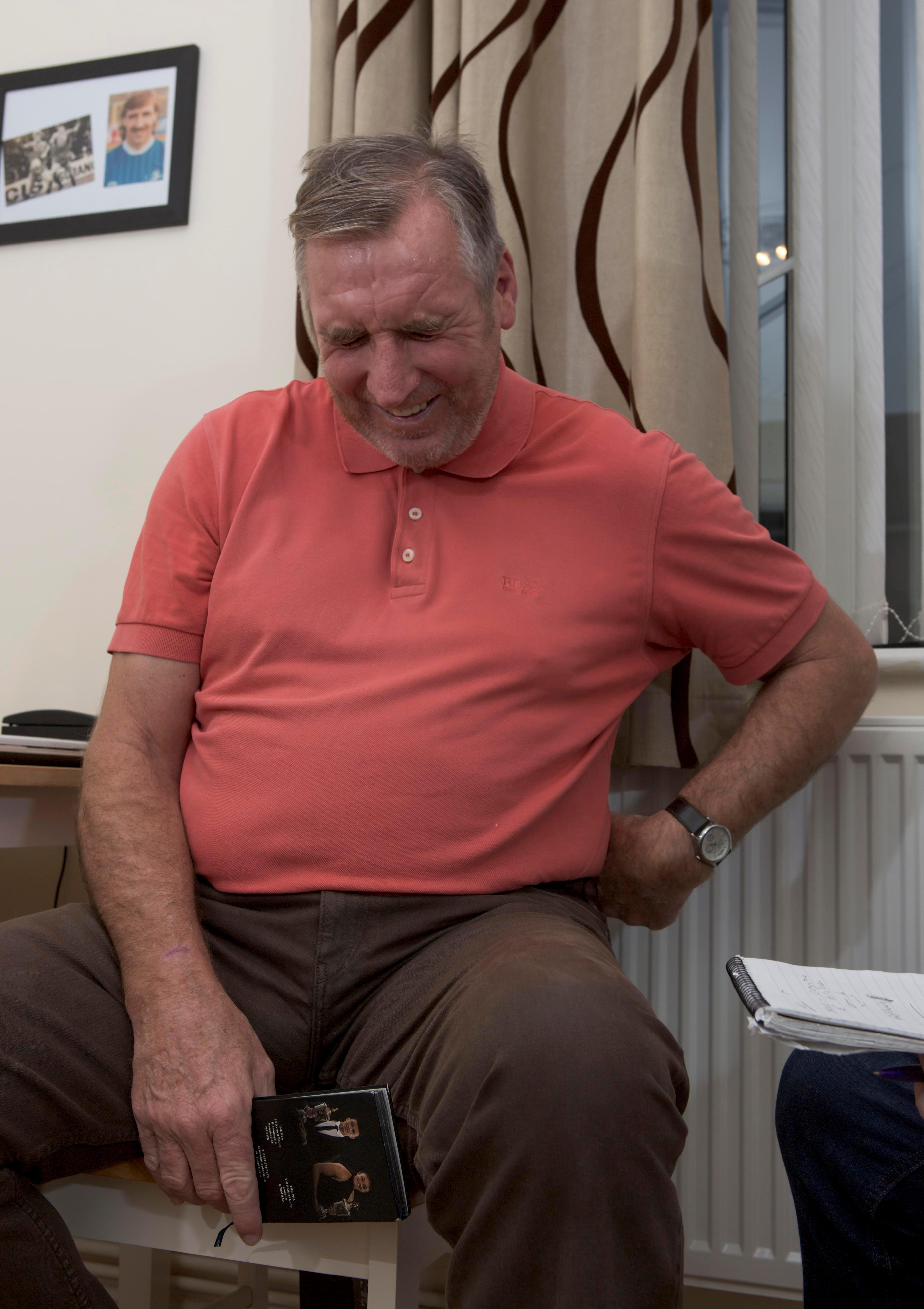 It was in stark contrast to the giant defender who was my first boyhood football hero when I saw him play for Millwall in the 1980s.

I was still starstruck when I bumped into him 20-odd years later at the Millennium Stadium where I was covering an LDV Vans Trophy final and he was doing stats for the Press Association — a role fulfilled by a number of ex-pros.

When a colleague asked me who he was, I said: “That my friend is the one of the best centre-halves I have ever seen.”

Having been too in awe to speak with him, on the train home I was flicking through the match programme when a piece of paper fell out.

On it he had written: “Thanks for your kind words. Here is my number, give me a bell if you fancy a pint.”

I did and I am proud to say my hero has become my pal. 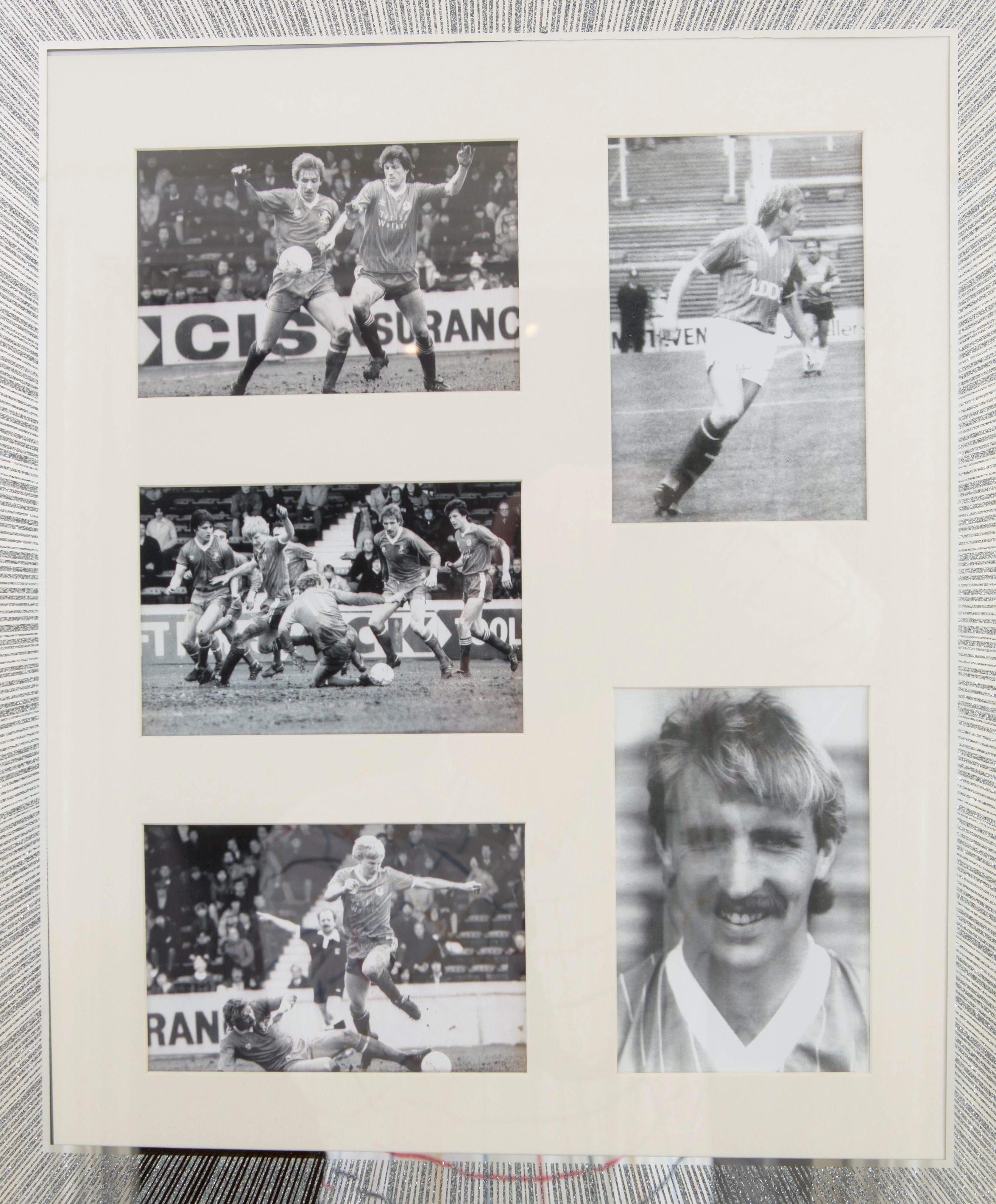 How things have changed

RULES over treating head injuries were introduced in 2014 after Spurs’ Hugo Lloris was allowed to play on when he was knocked out.

Since then, players must go off after a head injury and be OK’d by medics — not the club’s coaches.

Clubs are required to have an independent doctor in the tunnel who can use TV replays to identify and treat possible concussions.

Players diagnosed as being concussed are not allowed to play again until day six after their injury AND only if they have successfully completed these five daily steps with no symptoms.

His current condition is a sorry footnote to a career that saw him start out as a left winger who quit Sheffield United as a schoolboy to sign an apprenticeship with neighbours and his boyhood idols Wednesday.

After switching to centre-half he made his league debut in 1975 and played under Jack Charlton before moving to Southend in 1978.

He then went on to play for Millwall, Rotherham and Doncaster — where he later became player-manager.

As a no-nonsense centre-half he suffered countless head injuries and concussions at the hands of strikers during his career.

He said: “I once had 8½ hours of micro-surgery after one striker done me in a game. The physio came on after seeing the blood.

“These days I would have been subbed, taken into the stadium’s well-equipped medical centre, checked over and given the week off. 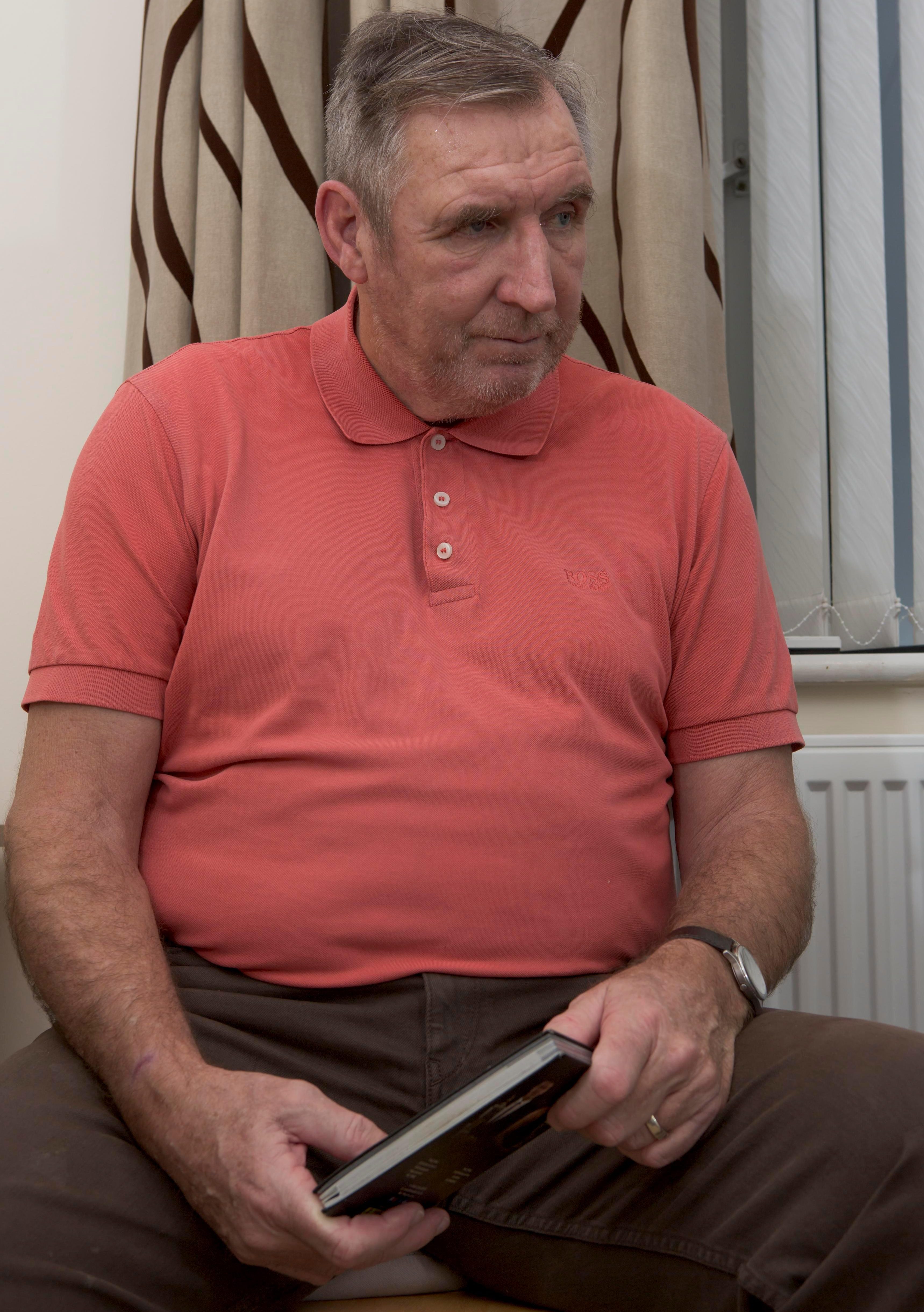 “Back then, it was different. There was only one sub for starters and none of the care there is now. So I was just taken to the dressing room, stitched up, patched up and sent back out to finish the game.

“That’s what strikers were taught and told to do, even in training — only it would be the young reserve team centre-half who would cop it as managers put him up against the first-team centre-forward in sessions to give the striker confidence.

“Defenders would get elbowed in the head in training all the time. It was scandalous looking back now.

“Every manager I played for all told our strikers the same thing before game — first chance you get, make sure you let their centre-half have it.

“And we all knew what ‘have it’ meant. It meant elbow him.

“That’s how they were coached. Managers and coaches used to tell them to knock the heads off centre-halves, especially if they were half-decent in the air like I was.

“It’s scandalous to think there must be lots of old defenders suffering with it now — and nobody is saying anything about it.

“Managers were not interested in players’ welfare and there were no rules or regulations on concussion back then.

“It didn’t matter if you were concussed, if a manager had already used his one substitute then you played on. Nobody knew then the damage it was doing.

“Now the PFA have ensured players with head injuries are taken off and cannot play for seven days.”

He said: “I was only diagnosed officially in the last year or so. But looking back I’ve suffered with it for years.

“One of my former partners used to think I was taking the p*** out of her because I would forget things she had told me an hour before.

“At the time we didn’t think anything of it. She just thought I was being blokeish and had not listened to her.

“But I had listened. I just couldn’t remember what she had said.

“But then as time went on it started getting worse and the PFA sent me to hospital for tests.”

Cusack added: “I don’t think there is anything they can do medically but I would like to see the condition and its cause recognised so more players can receive the best help.

“I have good people around me. But there are undoubtedly some who are having to deal with this alone.”