Veteran striker Defoe, 36, caught Joe Lewis in the face with both hands during the 2-0 home win at Ibrox. 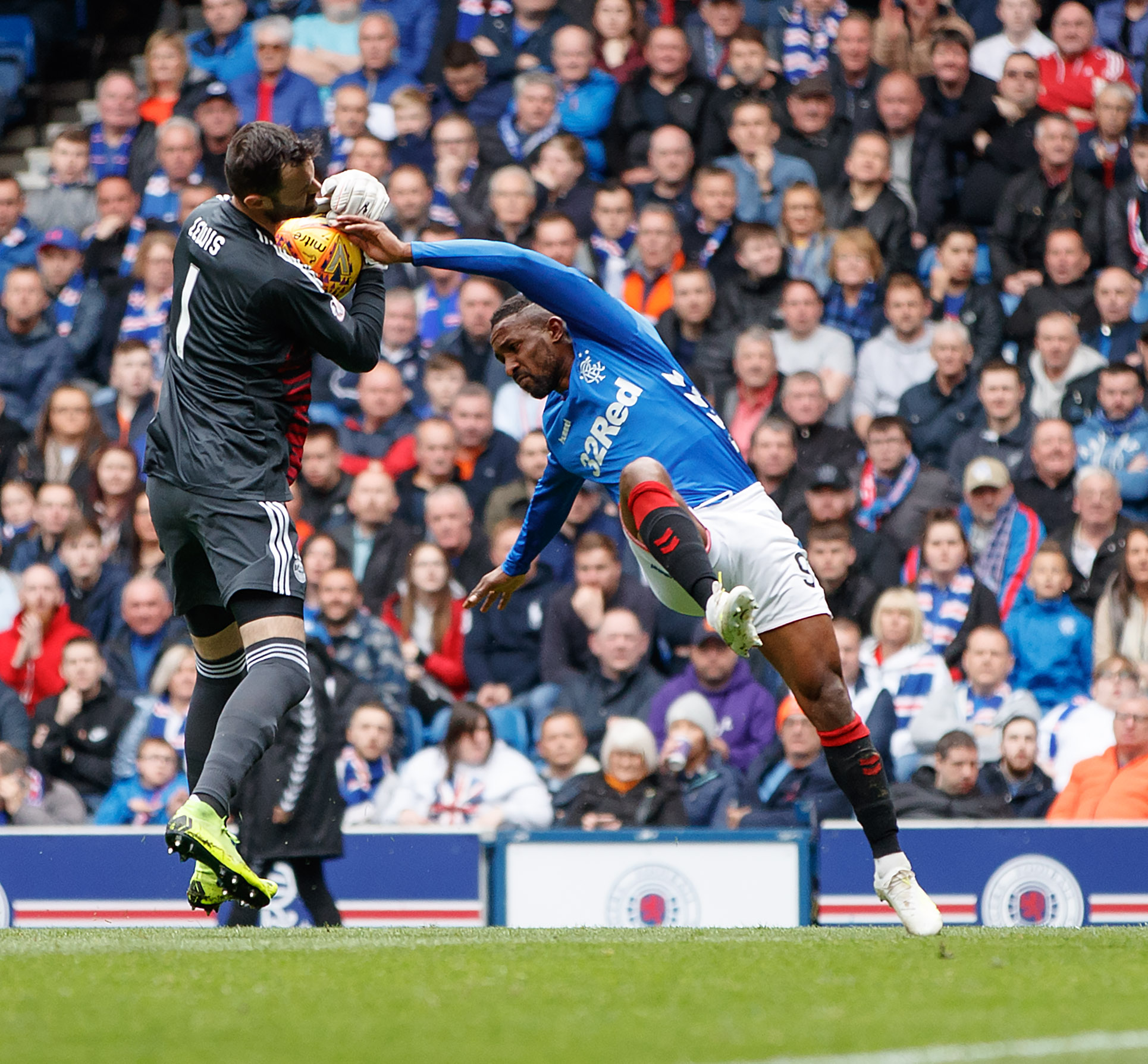 Furious supporters on social media described the action as "premeditated" and called for Defoe to face punishment.

One wrote: "Disgraceful from Defoe – this is a red card."

Another fumed: "He's literally punched him in the face. No action from any of the officials. How can they miss this?"

Defoe could have been sent off later in the game as well after handling a cross from James Tavernier.

The former England striker has had a successful loan spell with Steven Gerrard's team since joining in January from Bournemouth.

Defoe has seven goals from 14 league appearances in six months north of the border.

Rangers will finish second in the Scottish Premiership, nine points off champions Celtic and 11 ahead of third-place Aberdeen.

Defoe is set to return to the Vitality Stadium at the end of the season.