DELE ALLI raced off the pitch holding his arm after what looked like another nasty injury for Tottenham.

The England midfielder followed his club and country team-mate Harry Kane down the tunnel holding his wrist as he was subbed off for Fernando Llorente. 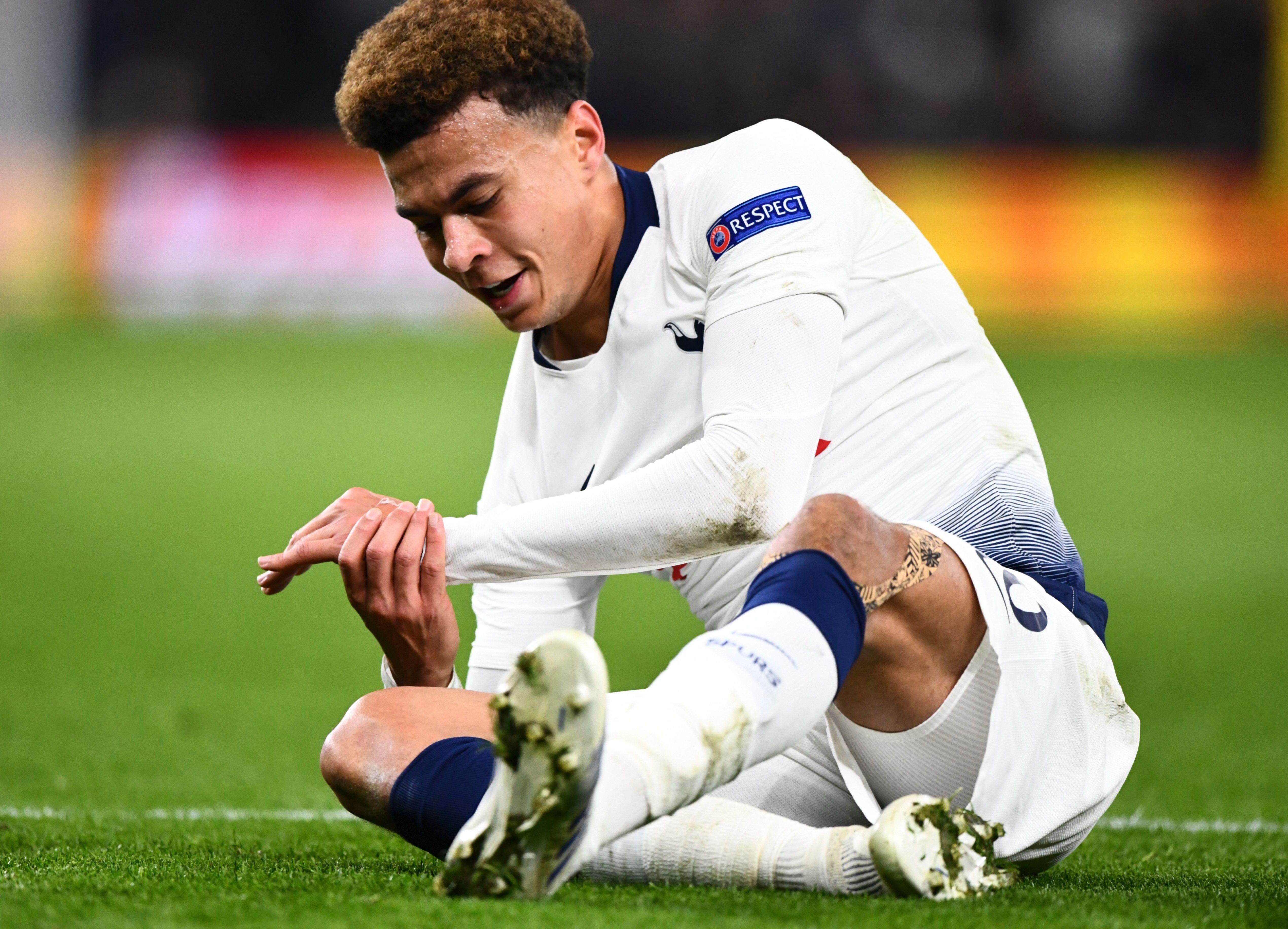 There were only three minutes of normal time to go for Spurs as they recorded a 1-0 win over Manchester City in the Champions League quarter-final first leg at their new stadium.

Kane's knock appeared to be far worse, after the England captain barrelled in on Fabian Delph, but the City left-back accidentally stamped on his ankle.

But the prospect of missing both Kane and Alli for the double header with City next week — after they welcome Huddersfield to their new stadium on Saturday — is a daunting one.

Son Heung-min ended up scoring the winner for the men in white after he brilliantly kept the ball in play before firing past Ederson.

Alli was still on the pitch at that point and with Kane ruled out it was a welcome relief for the home fans, especially as they kept a clean sheet.

City never really clicked into top gear at the new 62,000-stadium, in its maiden European game.

But the tie is certainly not over, given Pep Guardiola's side's ability to put the ball in the back of the net.

Alli's injury will likely not rule him out of any games, given it is on his wrist with a cast or a brace able to protect his limb. 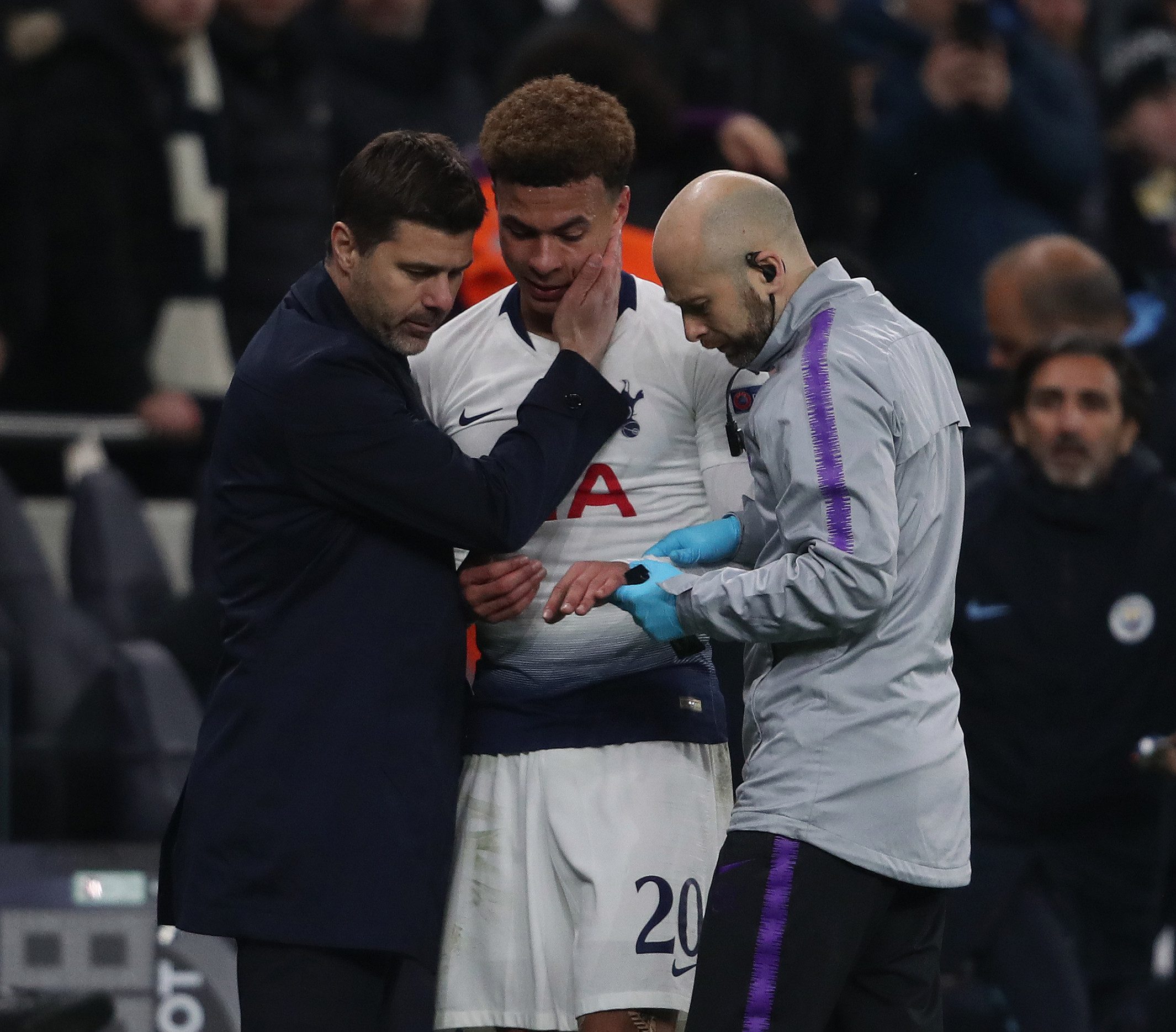