DEREK CHISORA has threatened to pull out of his clash with Joseph Parker if he's forced to walk to the ring first.

Del Boy is set to throw down with the former WBO heavyweight champion tomorrow night in Manchester.

But the prospect of walking first to the ring – even though his name appears first on the poster – has got Chisora thinking of packing his bags and leaving the Matchroom bubble.

During his final pre-fight interview with Sky Sports, he said: "We're having an argument.

"Either I come in second or I go home right now."

Chisora's vow to go home came moments after he and Parker successfully made weight for their bout.

🥊 CHISORA VS PARKER: TV, live stream and start time info ahead of the big fight

Fan favourite Chisora, who is looking to get back into the win column following defeat to Oleksandr Usyk last November, weighed in at 250.8lbs.

Chisora has linked up with renowned coach Buddy McGirt for his showdown with Kiwi Killer Parker.

And his promoter – former WBA heavyweight champ David Haye – only sees the fight going one way.

During Thursday's final pre-fight press conference, he said: “Joseph Parker, we know is an excellent boxer, one of the best jabs in the business. 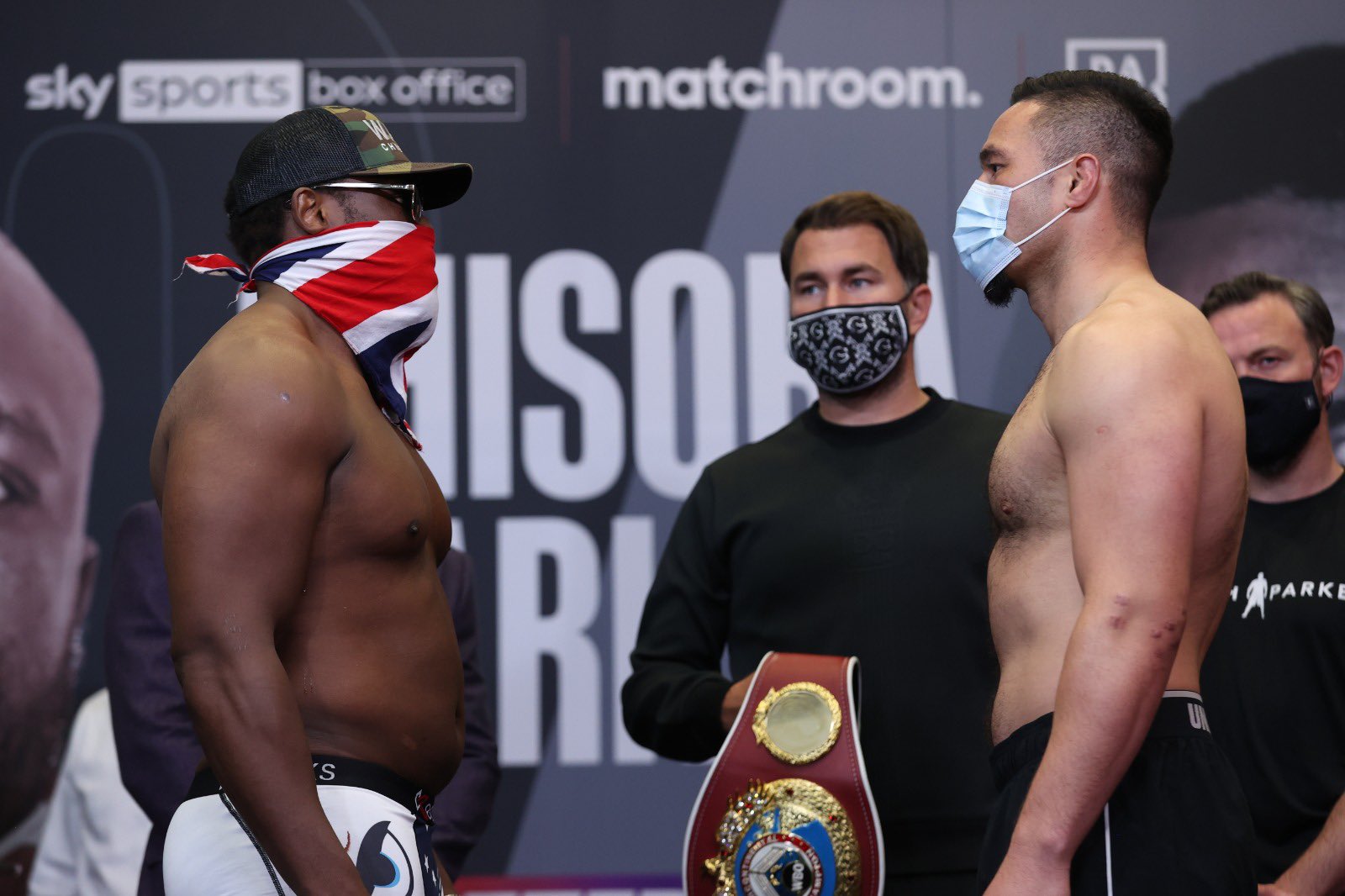 “So, it’s a simple solution, we’re not having a boxing match with Parker, it must be a fight.

I can guarantee a knockout in this fight, this is not going the distance. This is about how much Joseph Parker can take.

Derek’s going to have to do something very special on Saturday night, and he’s brought in the big guns – Buddy McGirt, Hall of Fame trainer.

"We’re adding whatever we can to give Derek what’s needed to do the impossible.”

NCAA's Election Day off sends message but is it needed?