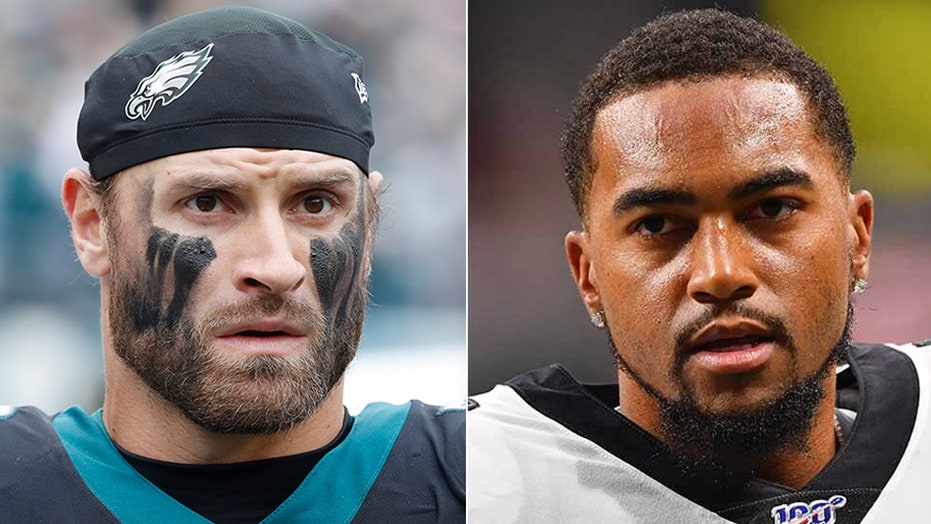 Allen West blasts NFL for ‘cowering’ to BLM: Leaders don’t have courage to stand up

Chris Long, a former defensive end for the Philadelphia Eagles, was the latest player to speak out about DeSean Jackson’s anti-Semitic Instagram posts, calling it “a f–king disaster.”

“I mean, quoting Hitler is bad business, but quoting fake Hitler quotes is like a cherry on top,” Long said on his “Green Light” podcast. “I don’t know if it’d be worse if he quoted a real one or the fake one. Needless to say, it’s wrong … It seems like, and I don’t know what it is, but it seems like we’re not allowed to say, ‘Hey, that’s not good.’ It’s not good. It’s wrong, and I’m sure I have Jewish listeners. I’m against anti-Semitism, and I didn’t see and I haven’t seen nearly enough people saying, ‘Yeah, man, this was a misstep.'”

NFL PLAYERS DISCUSS ANTI-SEMITISM AFTER DESEAN JACKSON UPROAR: 'LET'S ALL UPLIFT EACH OTHER'

Earlier this week, Jackson posted a passage from a book falsely attributed to Adolf Hitler. He also praised Louis Farrakhan in two other Instagram posts. Those items have since-been deleted.

Jackson has apologized twice for the posts.

Long, who played the last two seasons of his career with the Eagles, won the Super Bowl title with the franchise in 2017.

“Just like with Drew Brees, I don’t get to decide when his apology or his learning process on this thing is complete,” Long said. “All I know is that he talked bad about Jewish people, and somehow managed to use a fake Hitler quote doing it, and that is a f–king disaster … I think it’s f–ked up, unequivocally.”