What do you do when a good coach loses their way?

That's the question facing the Rugby Australia board.

Michael Cheika lost his way this year and the Wallabies are wandering around in the wilderness as a result – bleary-eyed, browbeaten and a shadow of their former selves.

The board, which meets on Monday to consider a high-performance review and to hear from Cheika, has enormous power, but limited options. 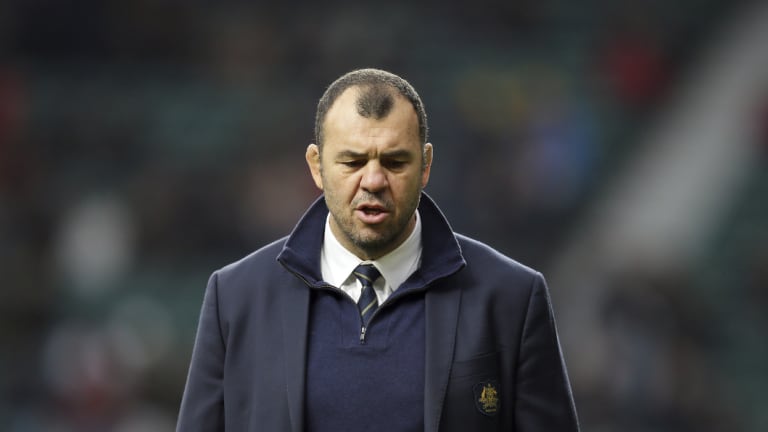 They can sack him, but must be convinced that a better alternative is waiting in the wings. Rugby Australia wants to bring back a number of Australians coaching overseas, including Scott Johnson (Scotland), David Nucifora (Ireland), Scott Wisemantel (England) and Eddie Jones (England), but whether there is an appetite among those candidates to return is another matter. Johnson, we know, is ready to come home.

The board's other option is to retain Cheika based on his record, but demand changes to his assistants and support staff. No other coach has won a European Cup and Super Rugby title, and his transformation of the Test side in 2015 was nothing short of remarkable. Even his critics will admit there are few coaches as good at harnessing a group and hurling them headlong into battle. 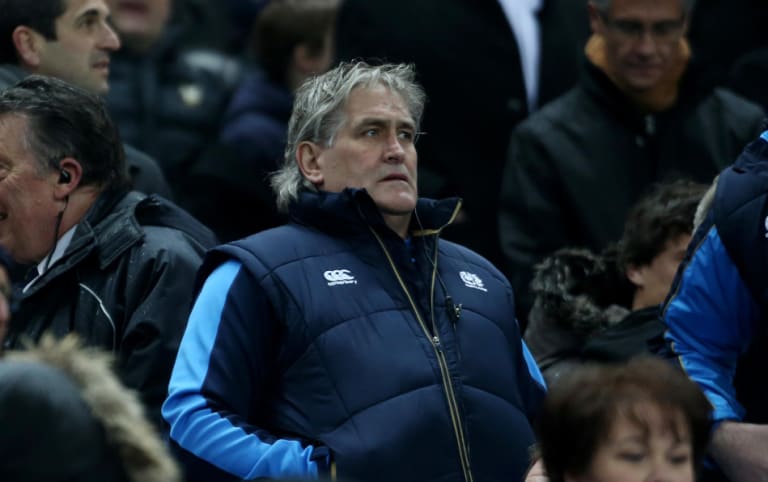 Option: Scott Johnson has been working in Scotland, but is keen to come home.Credit:PA

Coaches who have worked with Cheika before will tell you of the extraordinary independence he gives his assistants. This accords with the image of the former Randwick No.8 as a gifted man manager who relies on others to conceive and impart much of the technical and tactical information.

The Wallabies' performances during the past two years, in particular, suggest that somewhere along the line he has given the wrong people too much rope. What he cannot escape responsibility for is that, upon realising his mistake, he has not been prepared to take decisive action.

The results are too poor to support a case for no change at all. In fact, at this point, doing nothing would do more harm to the game. Four wins from 13 Tests this year and an overall win rate of 48.3 per cent is worse than any of Cheika's predecessors.

No coach in Australian rugby history has survived a record as poor as Cheika's. Eddie Jones' Wallabies narrowly lost the 2003 World Cup final, but the coach was sacked in 2005 after eight losses in nine Tests. He left with a win rate of 57 per cent.

And the facts don't tell the whole story. 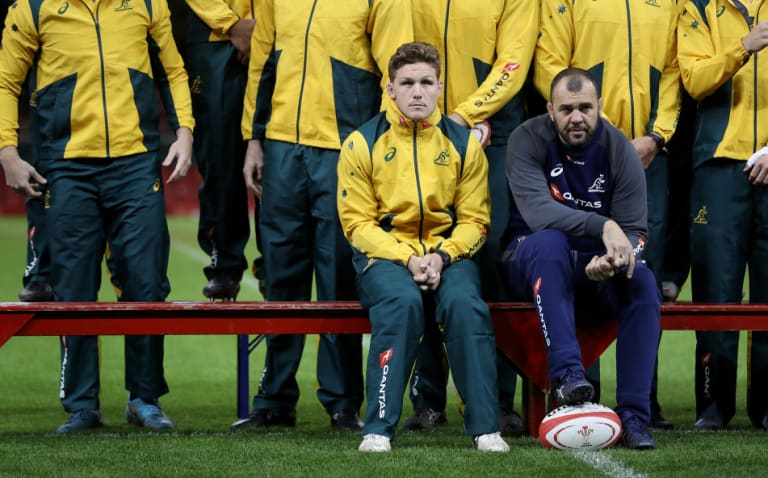 After a strong start against Ireland in June, the Wallabies began a long nosedive. With each Test of the Rugby Championship and spring tour, the players looked more and more muddled, the game plan more and more clouded and the selections more and more panicked. The players' efforts never wavered, but no matter what they did, the wins didn't come.  Fans grew more and more frustrated.

The playing group, which remained united for a remarkable period of time, now appears to be crumbling under the weight of sustained poor performances.

Adam Ashley-Cooper and Kurtley Beale's trivial transgression attracted headlines, but it was only acted upon because some players were incensed at the prospect they might go unpunished when Sefa Naivalu was sent home after falling foul of team protocols in South Africa. Cheika retains the loyalty of a number of players, including the leadership group, but his methods have worn thin with many others.

In Argentina, with that famous half-time spray, he proved he could still reach them. Is the Christmas break and a season of Super Rugby enough time for everyone to hit the reset button, Cheika included?

Of more concern is player feedback that the day-to-day coaching is confused. Identity has traditionally been Cheika's trump card. When teams played Leinster or the Waratahs, opponents and fans knew what they were up against. As a Super Rugby official told the Herald this week, the Waratahs left teams in the "casualty ward" in 2014. This was the work of Cheika, Daryl Gibson and Nathan Grey – now defence coach for the Wallabies – but when was the last time the Wallabies played with anything resembling that clarity of game plan, if not purpose?

In December 2005, then-Australian Rugby Union boss Gary Flowers said of Jones' sacking: "This is a results-driven professional game. The national team has underperformed over the past five months and the ARU has reached the view that the current situation is unsustainable."

Are we not there again?