COLBY COVINGTON'S post-fight interview was interrupted after he received a call from president Donald Trump. 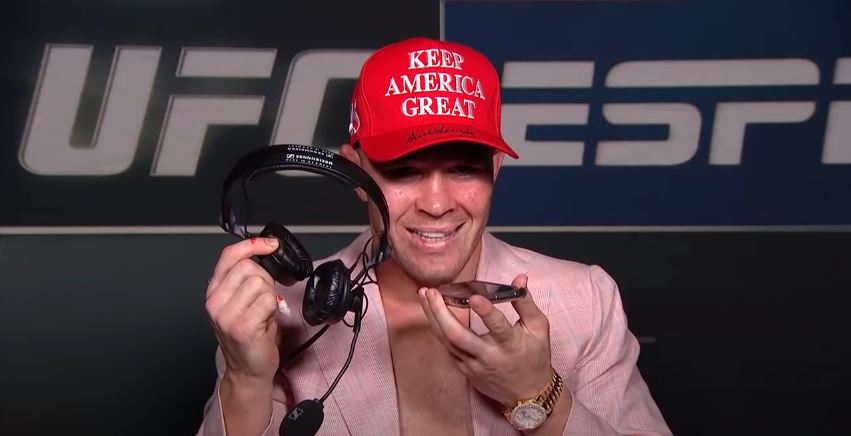 The vocal Trump supporter then received a call from his idol, who hailed him for his win.

“You’re tough, you have the right spirits. So now go win the next one, and just keep it for a long time, right?

"Just keep that championship for a long time. But you are something.

"I appreciated the shout-out tonight, too. I’m your fan, you’re my fan. Two of a kind, two of a kind.”

Before the fight, Woodley answered every question at his press conference by saying 'Black Lives Matter'.

But after defeat, he was branded a 'communist' by Covington – who also attacked the BLM movement. 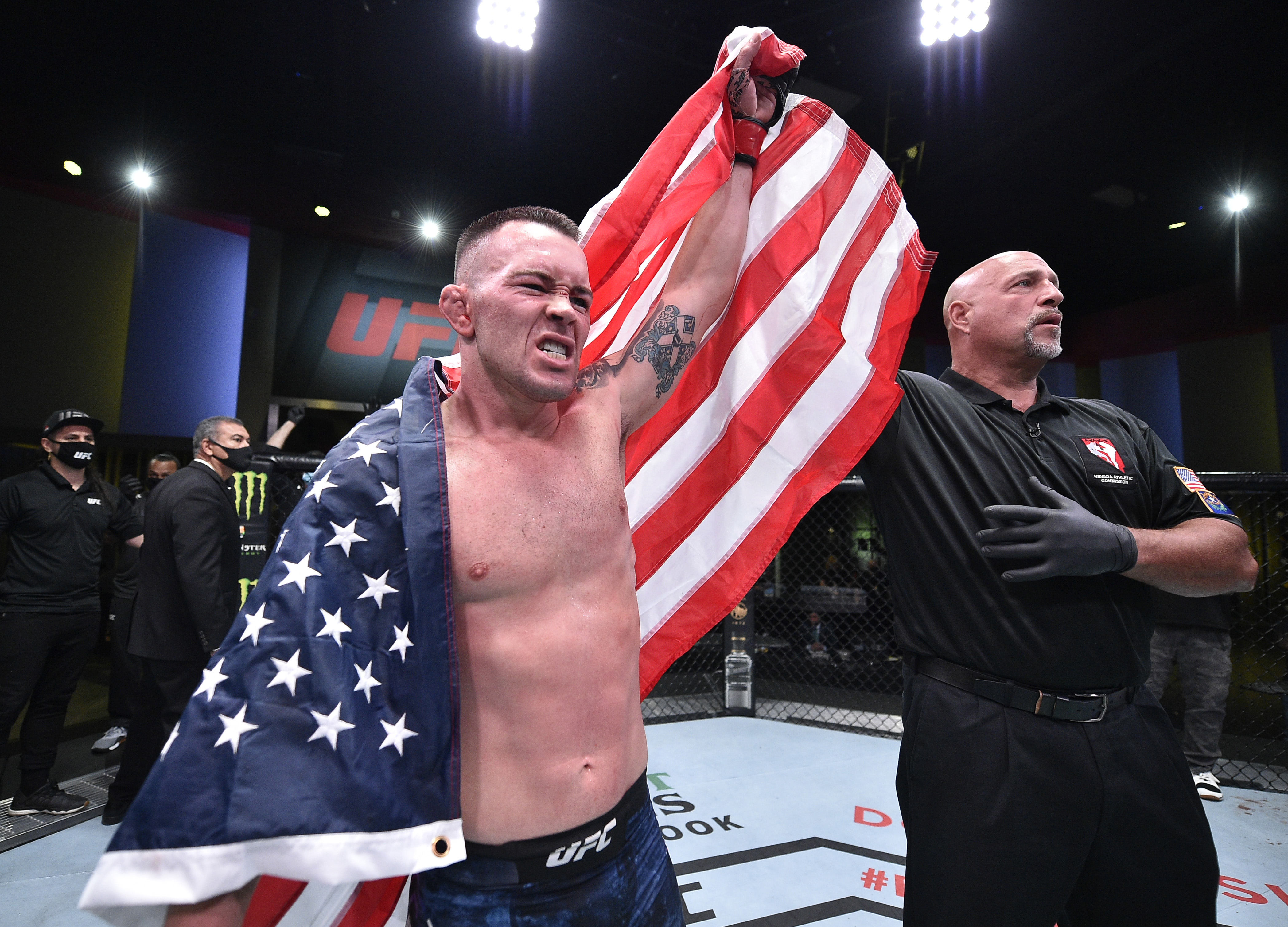 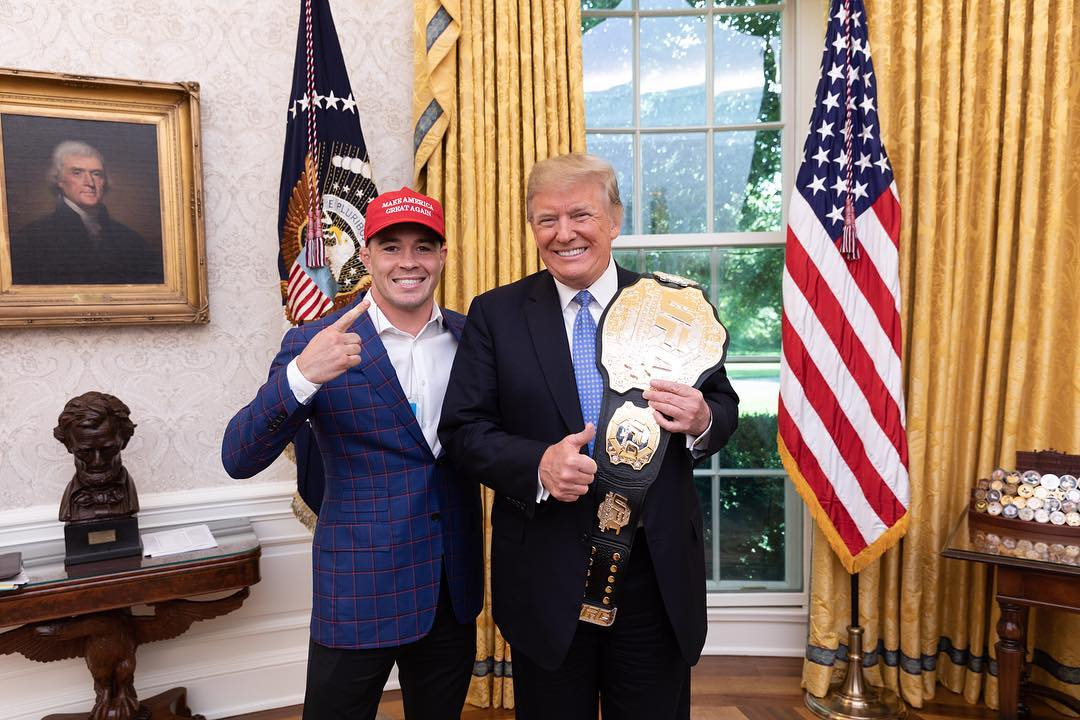 Covington said: "He is standing up for lifelong criminals.

“You know the Black Lives Matter is a complete sham. It is a joke. They are taking these people. They are complete terrorists.

"These are bad people. They are criminals, you know, and they shouldn’t be attacking police.

"You know if you are breaking the law and you are threatening the cops with weapons. You know, you deserve to get what you get. 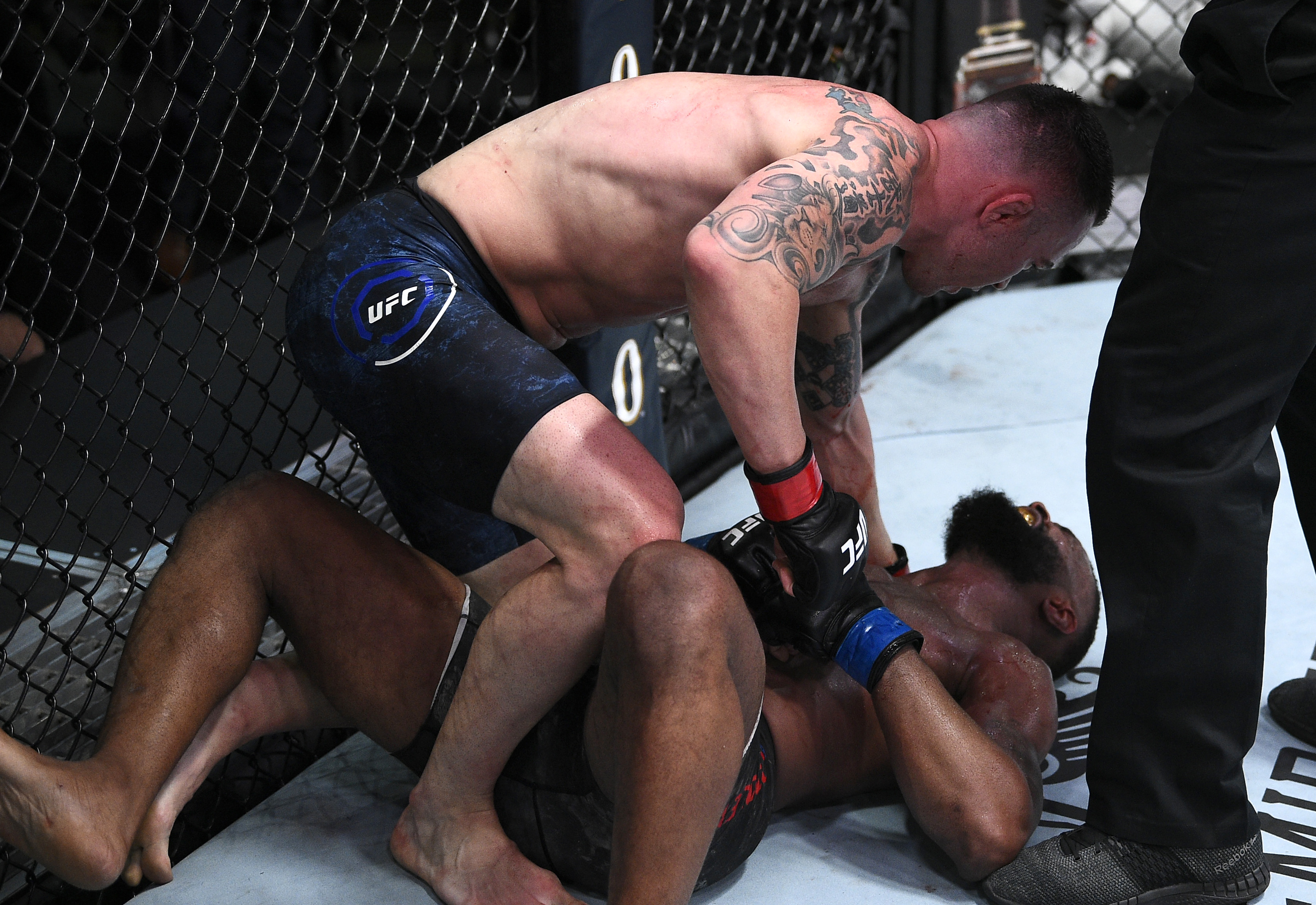 "So you know, people need to go and give a pat on the back to law enforcement every single day and thank them for keeping us all safe.

"Otherwise you know all these criminals would be running the streets wild and none of us would be safe.

“You know he is a communist. You know, he’s a Marxist. He stands for criminals.

"He hates America, and that’s why he got broke tonight.”

Woodley suffered his third consecutive loss, while Covington bounced back from defeat to champion Kamaru Usman, 33, in December.