IT'S FINALLY COMING HOME… declared Emma Raducanu as she prepares to bring the US Open trophy back to Britain.

The British teenager, 18, celebrated her incredible achievement with a football reference after a summer of British sporting triumphs. 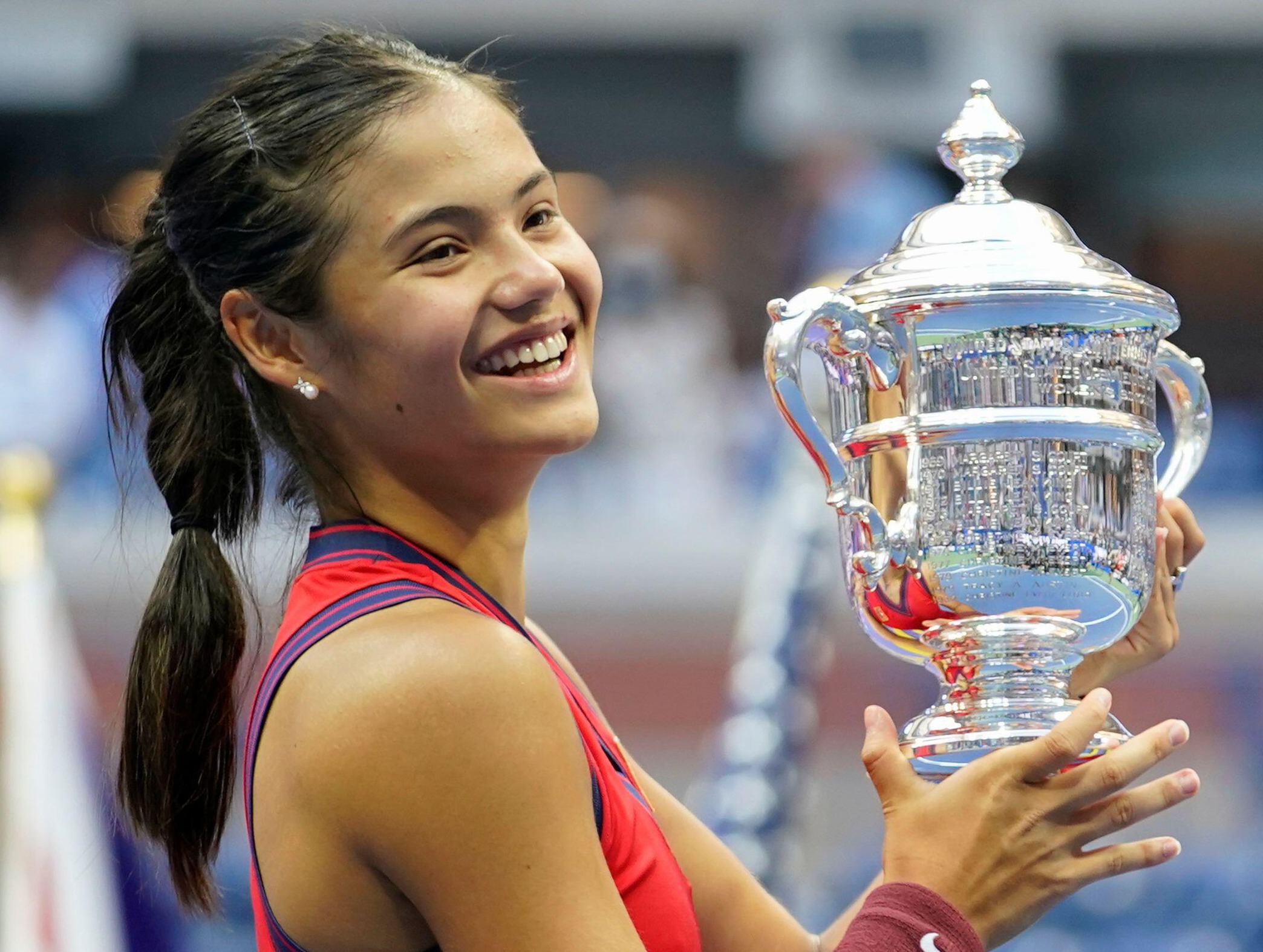 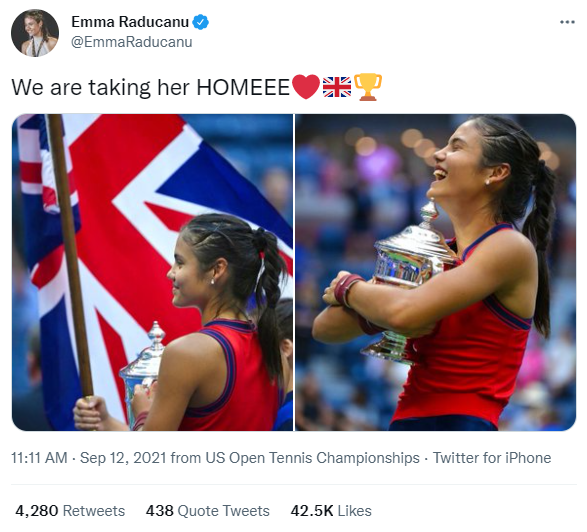 Raducanu pulled off a 6-4, 6-3 win against Leylah Fernandez, 19, to become the first British woman to win a Grand Slam Singles title since 1977.

And to celebrate the win, she tweeted: "We are taking her HOMEEE."

The tweet is a reference to English football's famous 'It's Coming Home' chant, which echoes around stadiums when the national team succeeds.

The chant comes form the famous tune 'Three Lions' by the Lightning Seeds, David Baddiel and Frank Skinner, recorded ahead of Euro '96.

'It's Coming Home' was sung by millions earlier this summer as England reached the Euro 2020 final, suffering an agonising defeat to Italy.

But Raducanu, a huge football fan, has gone one better than the lads by winning at Flushing meadows to become the UK's sporting star for 2021.

The Londoner is the first Brit to lift the Women's Singles title at Flushing Meadows since Virginia Wade's triumph in 1968 against Billie Jean King.

And the teen is the first Brit – male of female – to win a US Open Singles crown since Sir Andy Murray did in 2012.

That was Murray's maiden Grand Slam title, too, and Raducanu will be hoping to replicate his success by winning Wimbledon in the coming years.

She's also tipped to earn a whopping £150MILLION in her career after taking home a cheque of £1.8m for winning the US Open.

The Masters 2021: When does it start, tee-times, odds and more ahead of Augusta