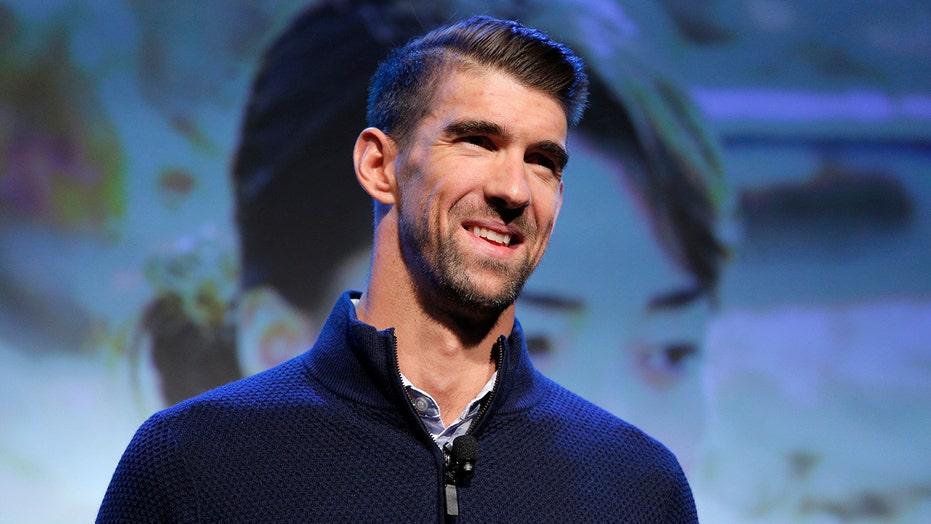 It’s June in an Olympic year, and Michael Phelps is feeling it. In his mind and in his body.

Except the winningest Olympian of all time has been retired for five years.

Walking into these trials, seeing the swirling spotlights, cheering fans in the stands and the platform where newly minted members of the U.S. team are introduced has stirred something in the 23-time gold medalist. It’s the first trials he hasn’t competed at since 1996.

“Body-wise, I’m almost ready,” Phelps said Monday night. “Put me in there, let me do a time trial or something. This is all I know and all I’ve really understood.”

But no, he’s not contemplating a comeback.

Phelps, who turns 36 at the end of June, is in Omaha cheering on his former teammates and checking out the new generation that idolized him growing up. His wife, Nicole, and 5-year-old Boomer, oldest of his three sons, have joined him.

Living in Arizona and raising his family takes up most of Phelps’ time. He rarely attends meets anymore, so being back at the sport’s biggest one in the U.S. took him aback.

“I will say it got a lot of things fired inside of me. It really excited me,” he said. “It was probably more emotional than I thought.”

Walking around behind the scenes reminds Phelps of the rigid routine he followed through five Olympics and the years of training.

“It’s fun to not deal with those nerves and have to feel that pressure going up to the blocks,” he said. “Going through the warmup and warm down, the lactic (acid) testing, the massages. I don’t miss that, not at all.”

Phelps said his greatest success is a combination of the medals he won and the boost he gave swimming’s profile.

“That’s still really weird to look at,” he said, referring to the 28 medals that made him the most decorated Olympian in history. “It’s so awesome to take trips down that memory lane.”