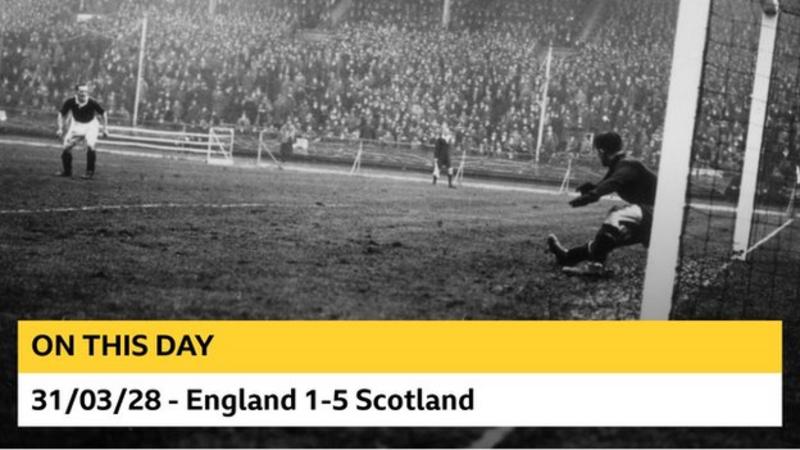 The spartan, light-coloured gravestone looks like any other in Fayid War Cemetery. Just one of hundreds arranged into formal, regimented rows on an incongruous patch of land on the western shore of Egypt’s Great Bitter Lake.

There, at the mid point of the Suez Canal, lie men who died after serving in World War Two. Men such as Major AS Jackson. The conflict was over by the time Jackson was killed on 15 November 1946.

His end came after he lost control of a truck near his base in the Suez Zone, suffering serious head injuries. The 41-year-old died before he reached hospital.

Some 73 years on, stone A21 in plot six at Fayid marks the life of the military man – his service with the Eighth Army in north Africa, then the Pioneer Corps. But it speaks little of a man better known as Alex Jackson, once regarded as the ‘greatest footballer in the world’.

There is no mention of the way in which he reinterpreted the role of the winger in more straitened tactical times; of the relatively enormous fees for which he was transferred; of the titles he won, goals he scored or the controversy he caused.

And no mention of what is perhaps his finest flourish as part of a team that most Scottish football fans have surely heard of but plenty know precious little about – the Wembley Wizards.

‘Go to your beds and pray for rain’

Some will correctly state that Scotland gave England five on 31 March, 1928. Others might point towards the diminutive nature of the XI in blue.

But how many could confidently recall that the 40th meeting with the English was to decide who would finish last in that term’s British Championship? Or that the crowd gathered outside the Scottish FA headquarters to hear the team being named reacted angrily at the preponderance of Anglos in the side?

Or that striker Hughie Gallacher was making his first appearance after serving a two-month suspension for pushing a referee into a bath.

Newcastle forward Gallacher’s inclusion at the expense of Celtic’s Jimmy McGrory caused consternation, as did the exclusion of other regulars such as Rangers’ Davie Meiklejohn and Bob McPhail following an inter-league trial match presided over by the Scottish FA’s seven-man selection committee.

Furthermore, these faceless blazers had chosen a callow XI with an average of seven caps – an apparent folly encapsulated by the inclusion of debutant defender Tom ‘Tiny’ Bradshaw in direct opposition to England’s feted Dixie Dean.

Then there was the height issue. Of the front five, Jackson was a colossus at 5ft 7in compared to Alex James (5ft 6½in), James Dunn (5ft 6in), Gallacher (5ft 5in), and Alan Morton (5ft 4½in). And given that these were days when goalkeepers could be barged into nets, stature mattered.

Indeed, the subject was apparently discussed at the Scotland team’s Regent Palace Hotel the evening before the game, captain Jimmy McMullan summoning his players away from the supporters in the bar at 10pm on the suggestion of Scottish FA chief Robert Campbell.

“The president wants us to discuss football but you all know what’s expected of you tomorrow,” the Manchester City half-back reportedly told his men. “All I’ve got to say is, go to your bed, put your head on your pillow and pray for rain.”

A sodden, heavy surface would give the diminutive Scotland forwards scope to befuddle the lumbering England defenders and, mercifully, the rain was “stoatin aff the grund” by the time dawn broke over London. Further encouraging news came when it emerged that Leicester’s Sid Bishop, the England captain, had fallen ill overnight.

‘England made to appear utterly inferior’

By the time the King and Queen of Afghanistan took their seats at Wembley, along with the 10 surviving members of the Scotland team that had beaten England 4-1 in 1900, there was a quiet confidence among the visitors.

That assurance was not shaken by England striking a post after three minutes, the Scots instead responding by scampering upfield and cleaving open their hosts with a goal of beautiful simplicity.

After clearing from their own box, Scotland worked the ball to Alan Morton on the left and the Rangers forward’s teasing centre was guided into the net by Huddersfield’s Jackson.

The combination between the wingers would pay further dividends after the interval but, by then, the visitors would be two goals ahead, Preston’s Alex James having flitted past two men before flashing in Scotland’s second just before the break.

The Scots might have expected a reaction from their hosts in the second half, but instead they themselves were rampant.

Just after the hour, Jackson scored his second from another tempting Morton delivery and, within 10 minutes, James had put Scotland four up after a menacing burst by Gallacher. Jackson then burnished a stellar performance with his third, finishing spectacularly from yet another Morton cross with five minutes remaining.

“We could have had 10,” a thrilled James said, while Ivan Sharpe, writing in Athletic News, said: “England were not merely beaten. They were bewildered, run to a standstill, made to appear utterly inferior by a team whose play was as cultured and beautiful as I ever expect to see.”

On a historic day, even England’s 89th-minute consolation was noteworthy – Bob Kelly’s free-kick making him his country’s oldest goalscorer at the time, aged 34 years and 136 days.

Only five older men have scored for England since – Stanley Matthews, Tom Finney, Jack Charlton, Teddy Sheringham and Frank Lampard – but the goal counted for little as England lost all three of their British Championship games for the first time, and suffered their heaviest defeat since losing 6-1 to Scotland at the Kennington Oval in 1881.

The team that never played together again

Ultimately, the stunning triumph changed little for Scotland either. The victory meant they avoided finishing bottom of the Home Championships, but the winners for the previous three seasons had lost their crown to Wales – with whom they drew 2-2 in Cardiff – and also trailed Northern Ireland in the standings having lost 1-0 to them at Firhill.

Astonishingly, just two of the Wizards – Dunn and Morton – played in that defeat little more than a month earlier. But even more remarkably, that Wembley XI would never play together again. Indeed, it proved to be Bradshaw’s only cap despite marking Dean out of the game.

Scotland did regain the Championship the following year – Gallacher scoring a hat-trick against Wales at Ibrox and a further five in a stunning 7-3 success in Belfast, with Jackson adding two in what he called “the most glorious 90 minutes of my life”, before a 1-0 win over England at Hampden.

But the English took revenge at Wembley the following season and it would be 1938 before the Scots tasted victory in London again, with Hearts’ Tommy Walker scoring in a 1-0 win.

By that time, the three most feted Wizards were all lost to the game. James had retired the previous summer after a glorious eight-year stint with Arsenal and would, like Jackson, serve in World War Two before dying suddenly from cancer in 1953 at the age of 51.

Boyhood friend Gallacher would be lost four years later, one of Scotland’s finest ever goalscorers taking his own life in 1957, bankrupt and alcoholic, at the age of 54.

The genius who was lost to the game

Jackson, meanwhile, had been dead for over a decade by then, his football career long consigned to history.

‘The Gay Cavalier’ played for just five more years after his Wembley exploits, retiring at the age of 28 after a fleeting, but remarkable, career encompassing a senior debut with local club Dumbarton, a season in Pennsylvania that ended after he returned home to “visit family” but instead signed for Aberdeen, and a club record £5,000 move to then English champions Huddersfield under the guidance of Herbert Chapman.

His international career was ended prematurely at the age of 26 when the Scottish FA threw their toys out of the pram spectacularly after the Football League decreed clubs need not release players to any nation other than England. From then on, only Scotland-based players would wear the dark blue, meaning Jackson would not add to his 17 caps.

He was at least in good company, given that that summer he joined newly promoted Chelsea along with Gallacher. “I wanted a change,” Jackson said at the time. “I felt the business interests I had in Huddersfield could be repeated with greater prospects in a place like London.”

Before long, he was the landlord of a pub in Covent Garden, had an interest in the Queen’s Hotel in Leicester Square, and had a weekly column syndicated in local newspapers across the country.

However, that spotlight would soon burn Jackson, who was suspended, transfer-listed and told he would never play for Chelsea again after the club discovered he had ordered a round of drinks for the entire team the night before a game with Manchester City. Jackson, of course, scored in the 1-1 draw the following day.

It was to be the last meaningful act of his career, Chelsea refusing to release his registration when his contract expired in 1932. That left one of the finest players Scotland ever produced turning out in the Cheshire and Kent Leagues for £15 here and £10 there before his honeymoon in France led to short stints with Nice and Le Touquet.

So it was that a man once described by the Sports Post as being “born with a genius for the game” was lost to it. And so, to some degree, has been his legacy.