More than 2000 fans were questioned about the upcoming Euros on behalf on Betfair, with 23% picking England as the winner. 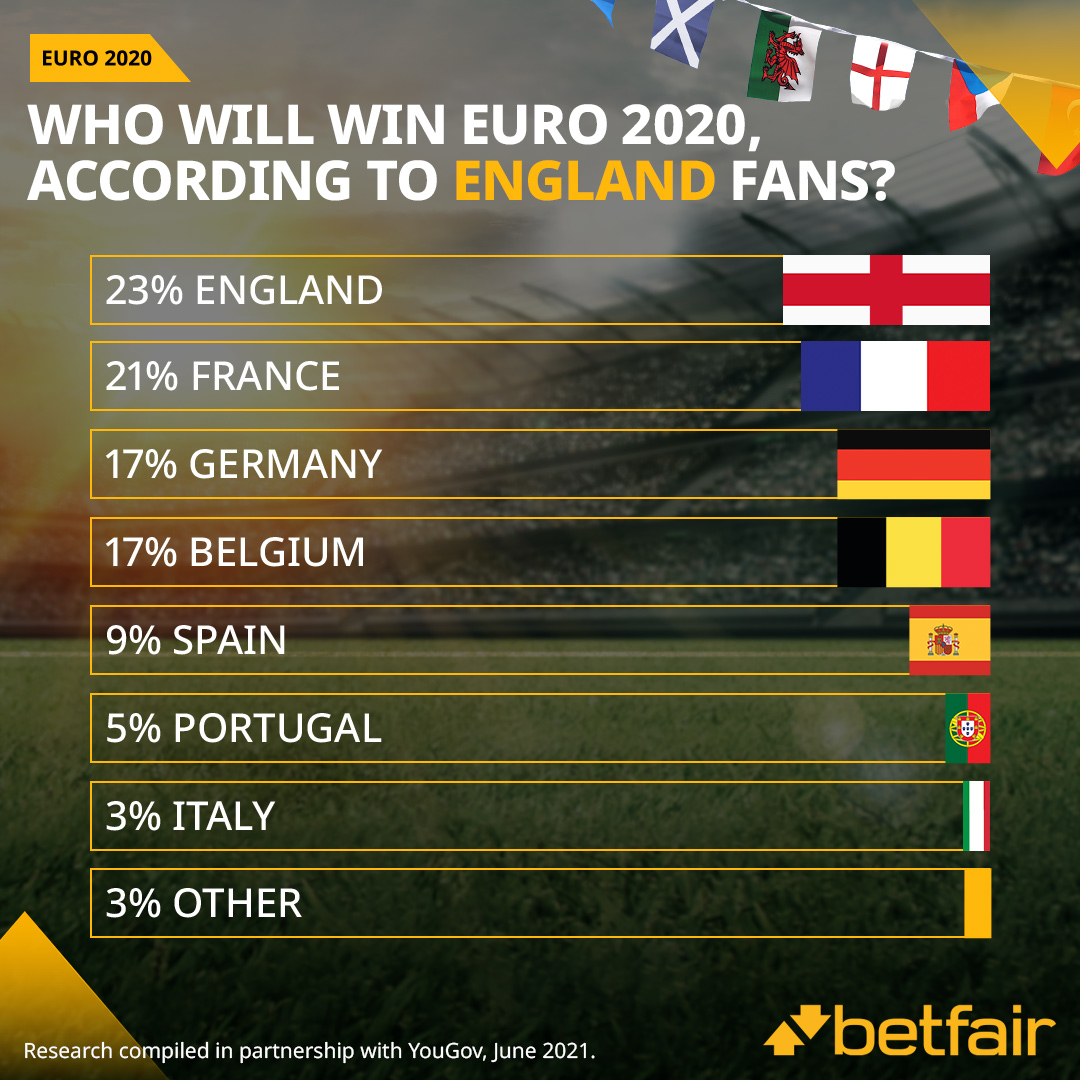 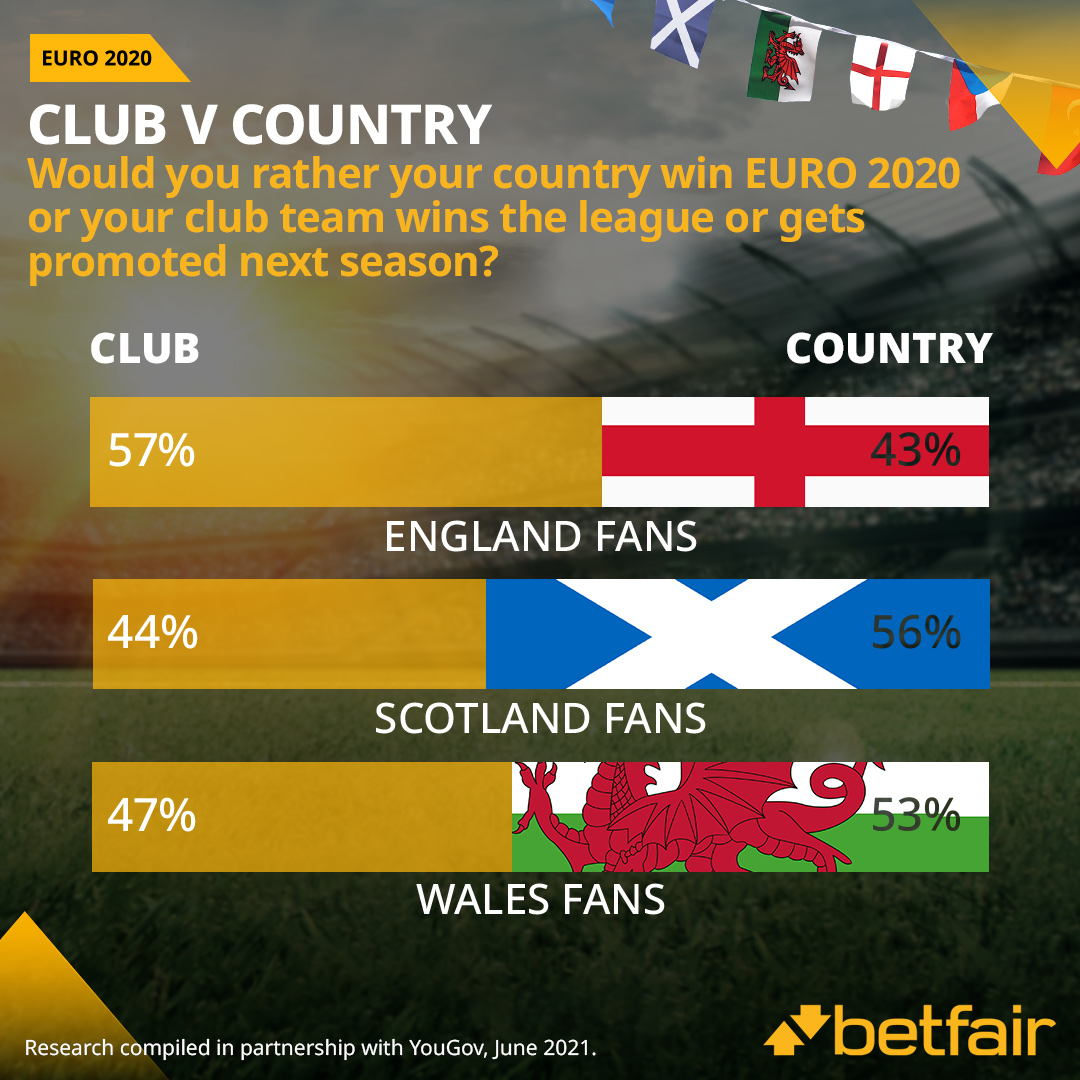 Scotland and Wales fans also took part in the survey, but just 5% of Scots and 7% of Welsh fans backed England to win their first Euros.

However, 35% of Scotland fans and 47% of Wales fans will cheer on England, and Glenn Hoddle is pleased by the level of support.

He told Betfair: "I'm quite happy with that percentage, I thought it would be far less cheering England on. It's always been this way, and I doubt it will change for this tournament.

"23% seems a fair number, right on the money. We have a chance without any shadow of a doubt, with some good players – it's never going to be 80% of the country thinking we'll win, is it?"

Optimism amongst England fans is high after a successful World Cup, with more supporters backing Gareth Southgate's side over any other.

France rank second with 21% of the vote, while 2016's winners Portugal – another bookies favourite – rank sixth with just 3%.

In fact, 38% of England fans are more confident ahead of this tournament than the 2018 World Cup, with 30% suggesting Southgate will be a big factor.

And 55% of England fans who think England will win the Euros believe this is the best England team since the golden generation of 2006.

Players like Phil Foden are a factor in that thinking – 82% of England fans think he should start against Croatia on Sunday.

But despite the renewed optimism, the survey reveals that many supporters still favour club over country. 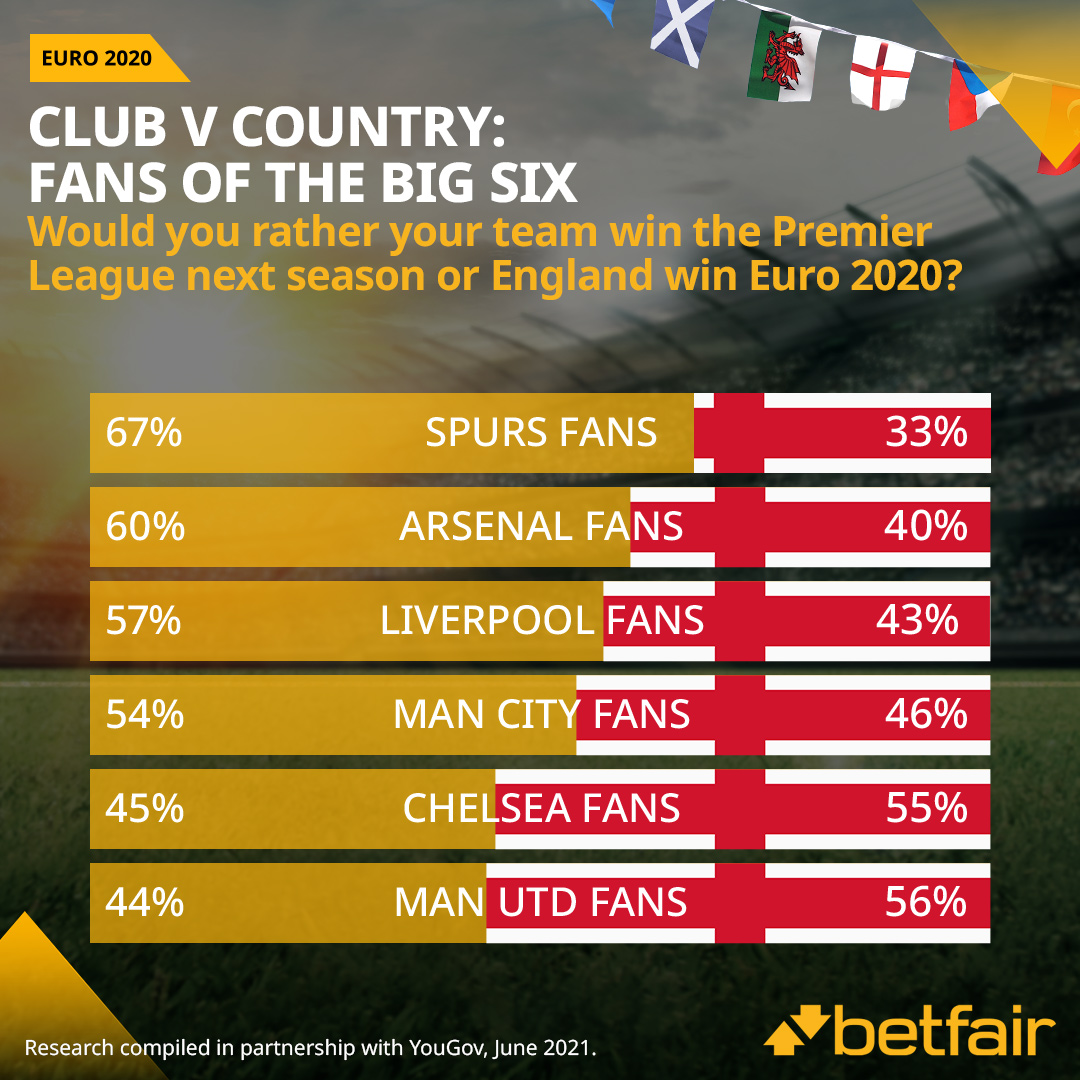 On average, 57% of football fans in England would rather their team was promoted or won the league over England winning the Euros.

Arsenal and Tottenham fans are the biggest culprits of that thinking, with 60% and 67% of their fans putting club over country.

By contrast, only 42% of West Ham fans and 44% of Manchester United fans would rather they won the league instead of England winning Euro 2020.