England captain Eoin Morgan will undergo a precautionary X-ray after taking a knock to his left index finger while fielding on Friday morning.

The England and Wales Cricket Board (ECB) said Morgan was hurt during catching drills in a practice session ahead of a warm-up game against Australia in Southampton on Saturday.

The World Cup starts on Thursday, when England host South Africa at The Oval.

Morgan has been impressive for England recently, scoring two half-centuries in England’s 4-0 ODI series victory over Pakistan earlier this month. 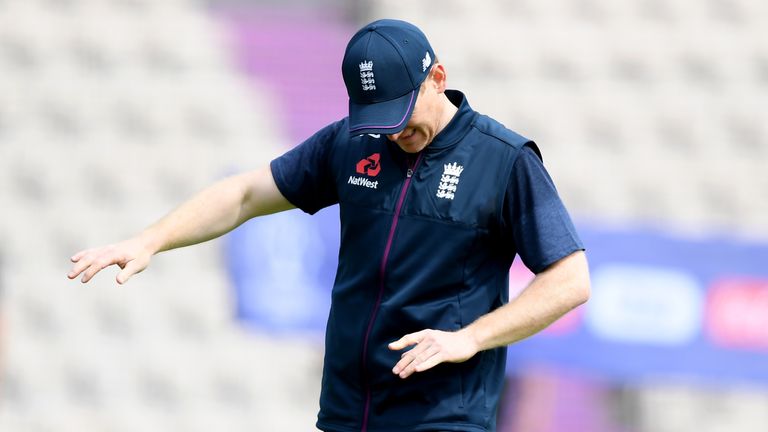 The left-hander is not the only England batsman in form, with Joe Root, Jason Roy, Jonny Bairstow and Jos Buttler all cashing in during the recent series, but Morgan’s experience would be missed should he be forced to withdraw from the host nation’s bid for a first World Cup title.

Spinner Liam Dawson was not present when the incident occurred, with his training session taking place at the Nursery Ground, but he was quickly made aware of the captain’s predicament.

“I was batting on the other side, so I didn’t know what went on. When I came back to the dressing room a couple of the lads were talking,” Dawson said.

“I just heard he got hit on the finger. I don’t think it’s too bad, we’ll see what happens tomorrow. I don’t really know the extent of it.”

Asked to explain Morgan’s importance to the squad, Dawson added: “He’s massive. The cricket that’s been played over the last four years has all been led by him. Hopefully he’s fit and raring to go.”