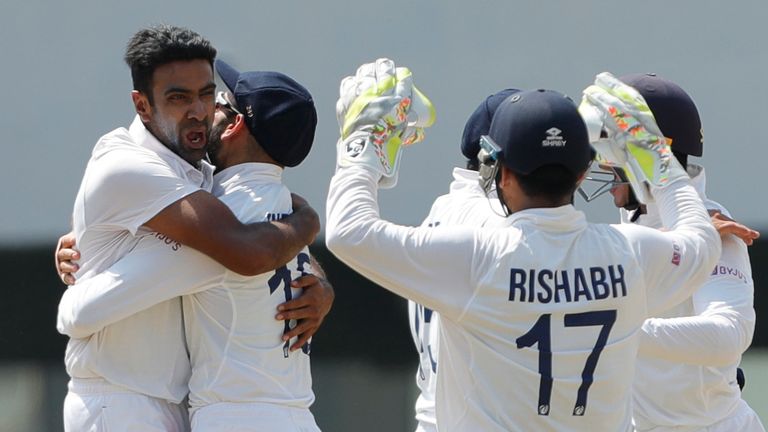 England face an almighty challenge to save the second Test after being spun out for 134 by India on a bowler-friendly pitch on a 15-wicket day two in Chennai.

Ravichandran Ashwin took 5-43 and debutant Axar Patel bagged 2-40, starting with England skipper Joe Root, who made just six having hit 228, 186 and 221 in the first innings of his first three Test matches this winter.

Ashwin’s scalps included Ben Stokes (18) – bowled by a delicious ball that drifted in and turned away to hit off stump – while Ben Foakes (42no) top-scored in England’s lowest-ever first-innings score in India. Foakes helped England avoid any danger of being asked to follow-on but India led by a massive 195 on first innings, an advantage they swelled to 249 by stumps, with first-innings centurion Rohit Sharma (25no) leading his team to 54-1 after enduring a number of scares.

Rohit was given a lifeline on 20 when Foakes missed a stumping chance, survived an lbw review on 21 with the third umpire deciding he had played a shot against Moeen Ali after being hit outside the line by a ball that would have hit the stumps, and then overturning an lbw dismissal off Jack Leach on 22.

Shubman Gill (14) is the only man out so far in India’s second innings – lbw to Leach – with Virat Kohli’s side in a superb position to go on and level the four-match series after being trounced by 227 runs in the series opener. India had also begun the day batting but were only able to add 29 runs to their overnight 300-6, with Moeen (4-128) and Olly Stone (3-47) sharing the final four wickets, leaving Rishabh Pant stranded on 58 not out.

Ali had Axar superbly stumped by Foakes in the second over of the day after turning a delivery past the left-hander’s drive and then had Ishant Sharma (0) caught sweeping a full toss two balls later.

Stone, impressive throughout his first overseas Test, also struck twice in an over, the eighth of the morning, to polish off the India innings – tailenders Kuldeep Yadav (0) and Mohammed Siraj (4) caught behind by Foakes. 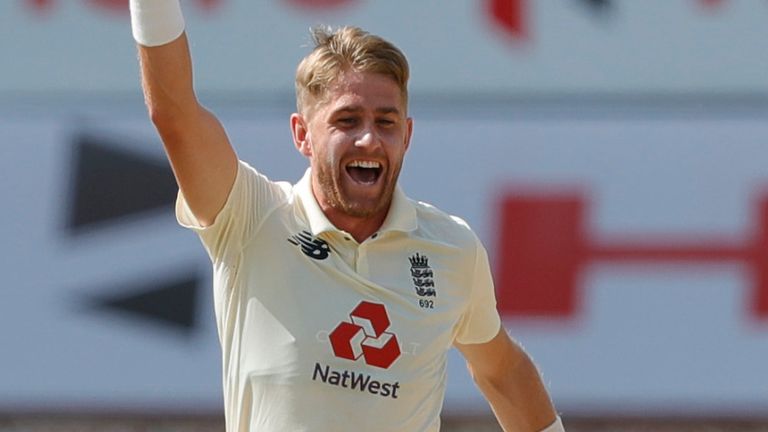 Pant completed a 65-ball, sixth Test half-century in between Moeen and Stone’s dual strikes, tonking Moeen for a six and two fours and also depositing Root into the stands for a maximum over wide long-on.

England would have been feeling positive at the change of innings, with India losing their last seven wickets for 81 runs, having been 248-3 on day one as Rohit Sharma (161) and Ajinkya Rahane (67) added 162.

However, any hopes the visitors had of getting close to India’s total evaporated as they tumbled to 52-5 shortly after lunch – Stokes fifth man out as he played down the wrong line and was bowled by Ashwin.

Rory Burns (0) was out lbw to the third ball of the innings – just as India opener Gill had been to Stone on day one – as Ishant pinned him on the crease with a nip-backer that would have gone on to hit leg stump. 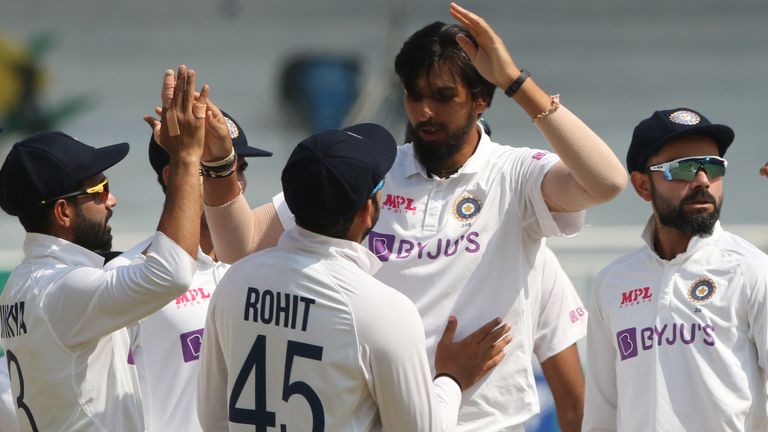 Dom Sibley, who had look in decent nick while making 16, was then caught off Ashwin by Kohli at leg slip, with India’s successful review showing the ball had struck the back of the opener’s bat after first hitting his pad.

Sibley walked before his fate was sealed and three overs later Root, too, was trudging off, having top-edged a sweep to Ashwin at short fine-leg as left-arm spinner Axar got some extra bounce off the deteriorating surface.

Dan Lawrence (9) became Ashwin’s third victim when he clipped the final ball before lunch to Gill at short leg to end a 52-delivery stay at the crease – England’s innings in tatters at 39-4 after the morning session.

Stokes, so often England’s talisman, was unable to lead a fightback but Foakes and Ollie Pope (22) added 35 for the sixth wicket before Pope gloved Siraj’s first ball of the match behind to a diving Pant. 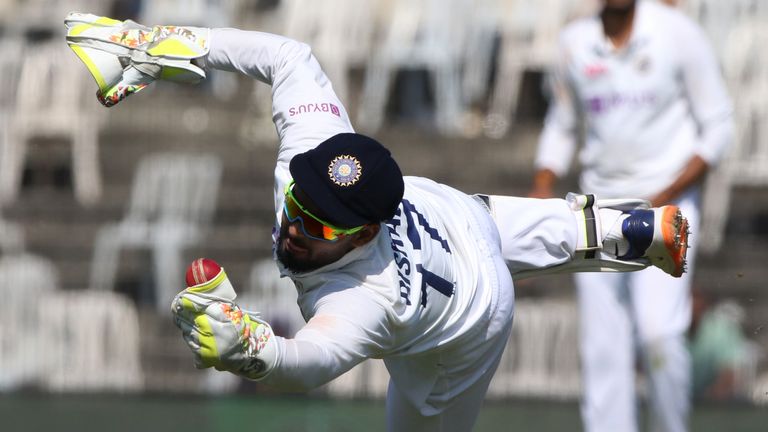 Pant took a superb catch leaping to his left to remove Pope and leave England six down – something he repeated after tea, off Ishant this time, to dismiss Leach (5) and end the batsman’s 25-run alliance with Foakes and reduce the tourists to 131-9 at MA Chidambaram Stadium.

Ashwin wrapped up the innings, bowling Stuart Broad on the sweep second ball as he dismissed a left-handed batsman for the 200th time in Test cricket and ensured England were bowled out in 59.5 overs.

Ashwin had made Stone (1) his fourth scalp of the day when the tailender was caught at midwicket on the stroke of tea, after Axar had Moeen (6) pouched by a diving Rahane at slip via a deflection off Pant’s thigh pad. The composed Foakes earned himself a red-inker and made sure India could not immediately reinsert England – although Kohli seemed unlikely to do that anyway with so long left in the game.

India’s only blemishes were the wasting of their reviews, all three shredded inside 46 overs once they appealed for Foakes lbw to Ashwin on 16.

Follow text commentary of day three of the second Test between India and England in Chennai on skysports.com and the Sky Sports app from 3.50am on Monday.

Chelsea verdict: Tammy Abraham scores as he fights for place with Blues and England