THE FA is reportedly deciding whether it is possible for Mason Mount and Ben Chilwell to take part in full training with the rest of the England squad.

Social distancing measures would have to be put in place as the Chelsea pair have had to self isolate since coming into close contact with Scotland's Billy Gilmour, who test positive for Covid-19 after Friday's draw at Wembley. 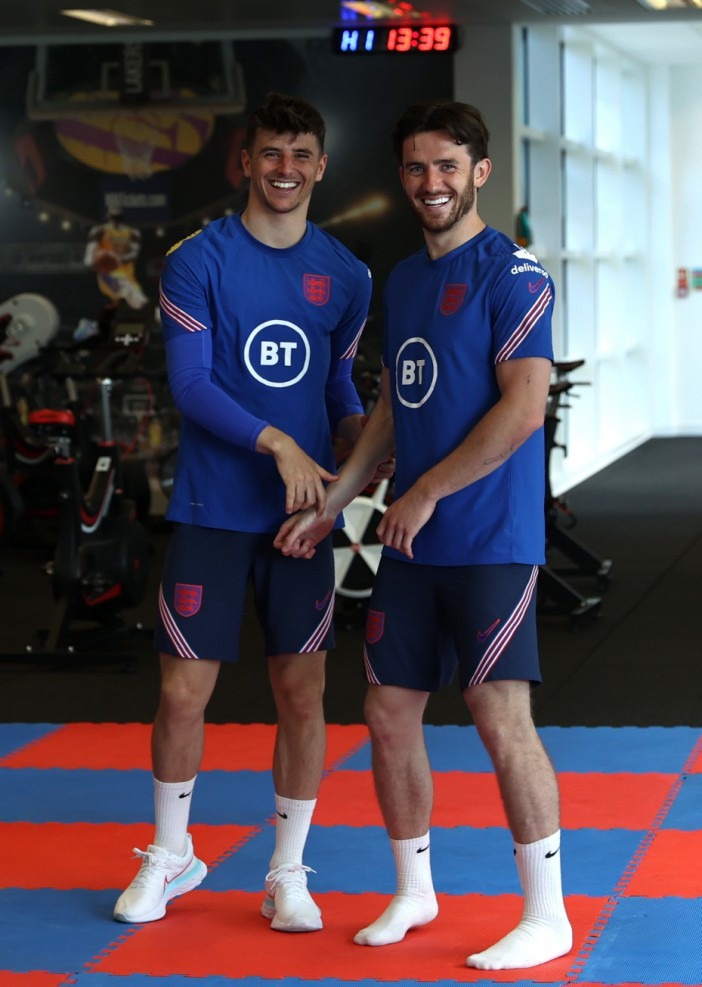 Mount and Chilwell have since trained in private at St. George's Park, and have not come into contact with the rest of the squad.

But the FA is looking into the training methods used by clubs during project restart in 2020, according to Sky Sports.

Players were split into groups of five and trained without coming into contact, tackling was also forbidden.

Mount and Chilwell were sidelined for the 1-0 win over Czech Republic but will be available for selection against Germany on Tuesday.

But they will have to isolate until then, despite both returning negative tests after the match against Scotland.

As a result, they will not be allowed to participate in training unless the FA finds a solution.

18-cap Mount has barely missed an England match since his first appearance in September 2019.

Meanwhile, Ben Chilwell is still yet to feature at the Euros, which means Luke Shaw is likely to retain his place in the team to face Germany.

If the FA is unable to reintroduce the pair into full training Gareth Southgate will have a difficult decision to make over whether to include them in his matchday squad.

Jack Grealish, Mount's replacement against Czech Republic, produced the assist for Raheem Sterling's winner and will be keen to start against the Germans.

Man Utd midfielder Jesse Lingard compares Zlatan Ibrahimovic to Michael Jordan, saying he had an ‘aura’ about him – The Sun