ANTHONY GORDON backed up his big talk with a double on debut.

The Everton starlet, who started here in place of the promoted Emile Smith Rowe, said on Wednesday he believes he can be the Toffees’ 'best player' one day. 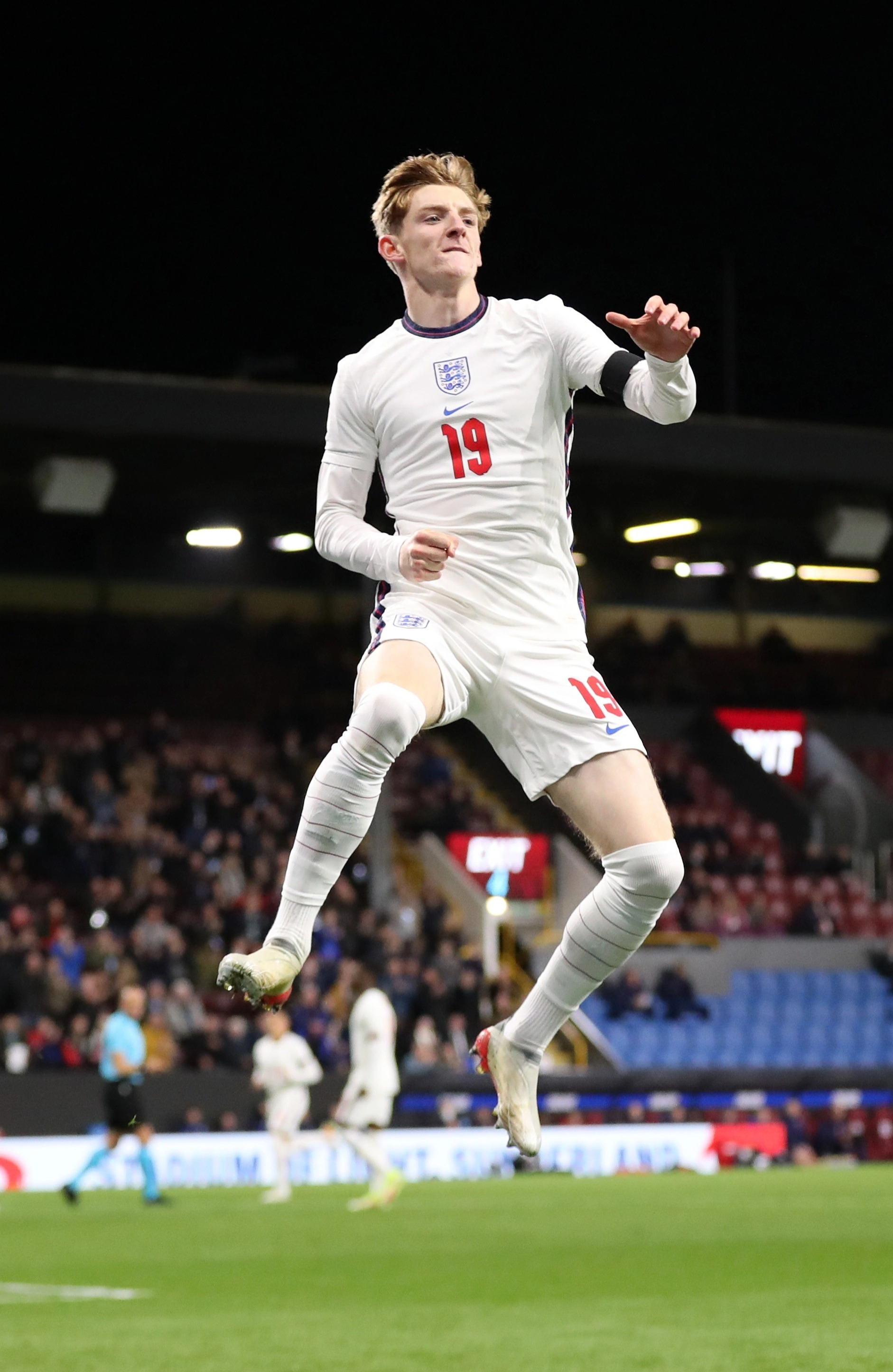 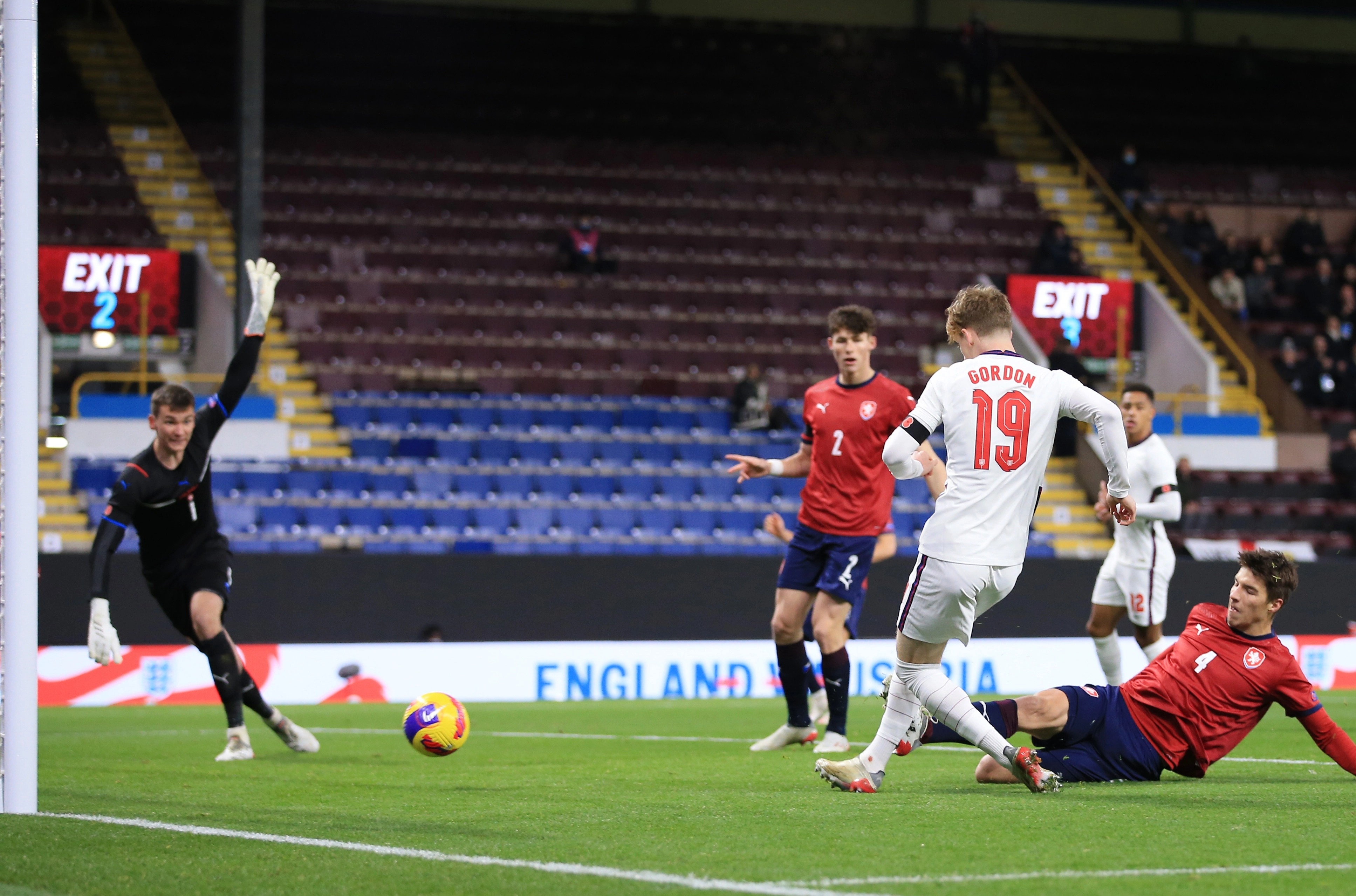 It was a bold statement but he showed the scale of his potential at Turf Moor with two goals inside 11 minutes.

Arsenal’s Florin Balogun made it 3-0 with his maiden strike for the Young Lions who ran riot in the first half.

Adam Karabec did grab one back for the Czechs from the penalty spot before the break after being felled by Luke Thomas.

But it did not diminish England’s total dominance as Lee Carsley’s side moved to within two points of their group-leading opponents, with a game in hand.

Gordon may not feel he is 'a matchwinner' for his club side yet – hardly surprising given he has only just broken into Rafa Benitez’s team – but that is exactly what he was here.

His opener was lucky though as his tame shot took a huge deflection that gave Manchester United goalkeeper Matej Kovar no chance.

The winger’s second was a case of being in the right place at the right time as he tapped a rebound into an empty net after Conor Gallagher’s shot had been saved.

Gordon took the headlines with his goals but the star of the show was Jacob Ramsey.

If new Aston Villa boss Steven Gerrard was watching, he surely would have been impressed by his midfielder’s dynamite display.

Ramsey created the third goal by nicking possession and playing the ball through for Balogun, who held off team-mate Gallagher to fire into the corner.

The Czechs had won all four of their qualifiers without conceding a goal before this trip to Burnley.

But they were no match for Carsley’s youngsters here with Karabec’s spot-kick coming from their only meaningful attack. 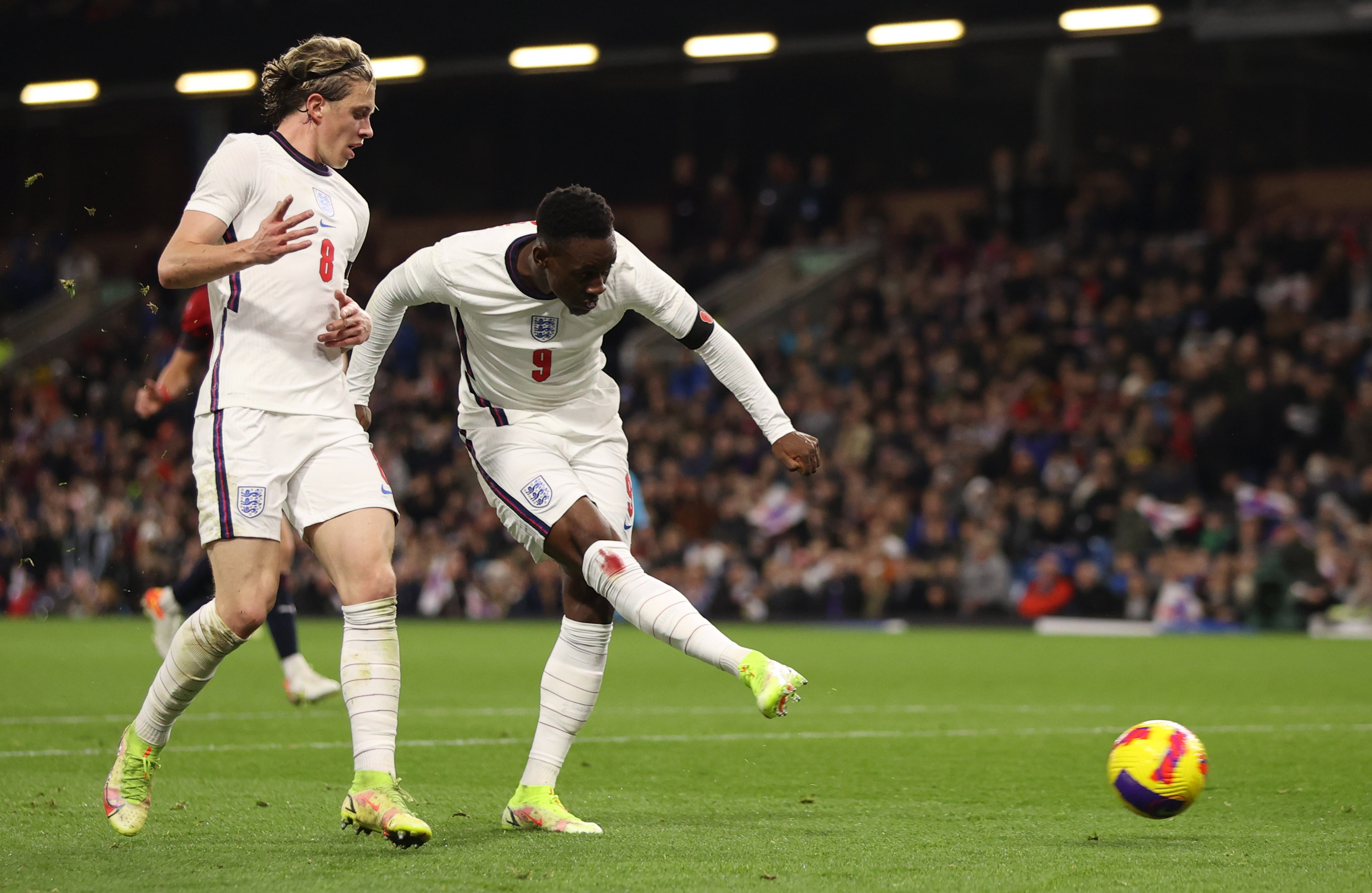 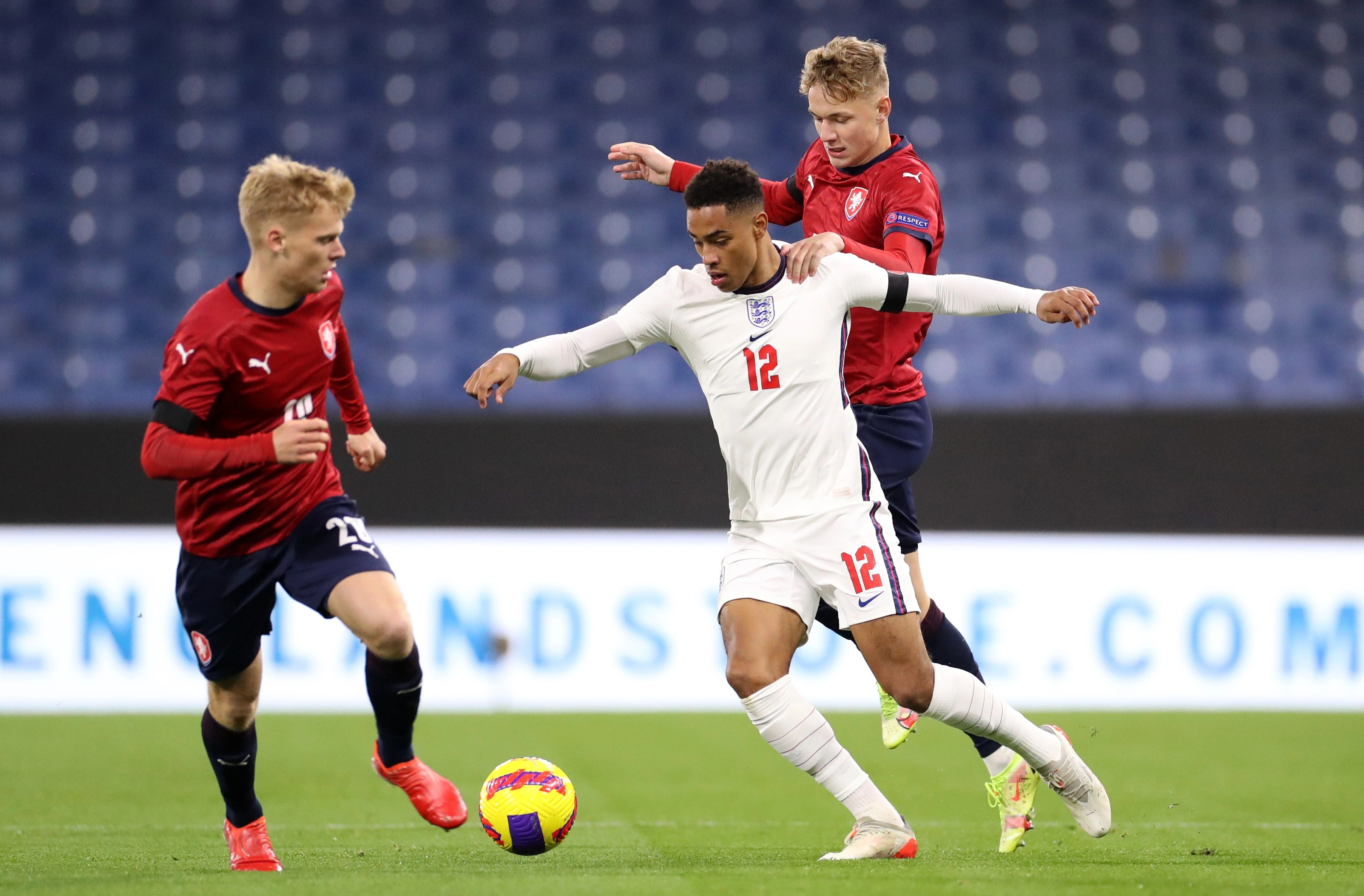 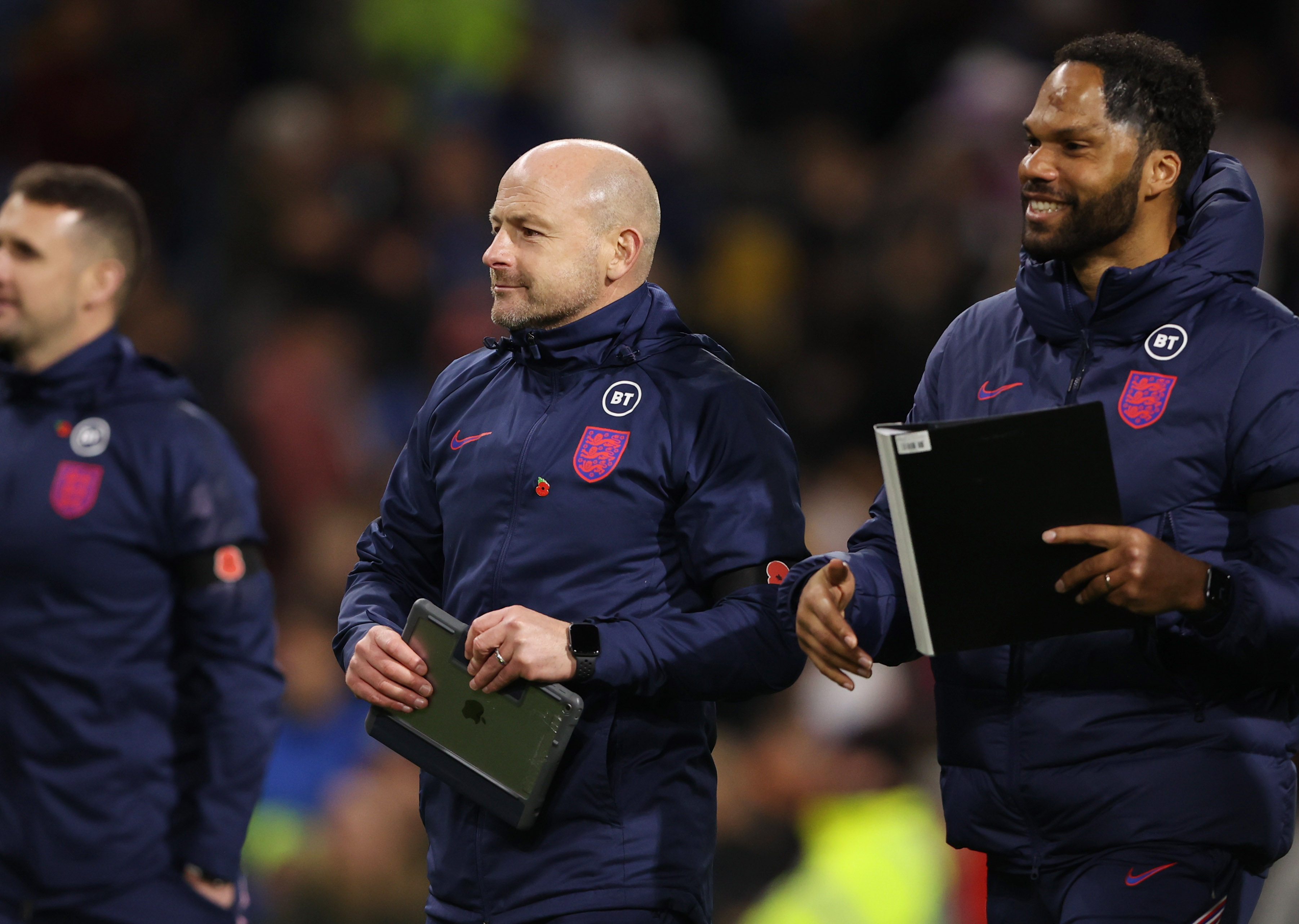