England vs Denmark build-up LIVE: Latest updates ahead of crunch Wembley showdown as the Three Lions look to make history and book place in Euro 2020 final against Italy

The stage is set as England look to make history by sealing their spot in Sunday’s Euro 2020 final with victory over Denmark tonight at Wembley.

The atmosphere inside Wembley will be electric tonight with Gareth Southgate’s side on the cusp of something special, but Denmark will be out to ruin the party after putting together a very impressive run to the semi-final.

The winners will battle it out against Italy in Sunday’s showpiece final, following their dramatic penalty shoot-out victory over Spain on Tuesday night.

Peter Schmeichel claims Denmark are favourites to beat England at Wembley and reach the final of Euro 2020.

The former United goalkeeper, a hero when Denmark conquered Europe against the odds in 1992, believes they can take another step towards repeating history with his son Kasper in goal.

The Danes had an horrendous start in this tournament when Christian Eriksen suffered a cardiac arrest in their opening game against Finland, but they became the first nation ever to qualify for the knockout stage at the Euros after losing their opening two group fixtures – before beating Wales and the Czech Republic to set up a semi-final date.

Schmeichel took to Instagram to post a throwback picture of him playing rock paper scissors with his son, Kasper, who will be looking to keep England at bay tonight.

Schmeichel captioned his post: ‘So excited for tonight. Come on Denmark.’

Jack Grealish has been a huge favourite among England fans this summer, leading to widespread calls for him to be given more game time by Gareth Southgate.

The 25-year-old has largely been used as an impact player so far. He came off the bench and had a starring role in the last-16 victory over Germany, crossing for Harry Kane’s goal, and also played 27 minutes in the 0-0 draw with Scotland.

But now Jose Mourinho has urged Southgate to pick Grealish from the start against a tricky Denmark side.

With England having a fantastic opportunity to book their place in a first final of a major tournament in 55 years tonight, the anticipation is immense.

England head into the match against Denmark full of confidence after exacting revenge on Germany and then blowing Ukraine away in the quarter-finals. However, the Danes are no slouches and will be dreaming of a place in the final themselves.

Ahead of tonight’s showdown, Sportsmail columnist CHRIS SUTTON has given his ratings over the two likely line-ups. You can see what he had to say below…

Kick-off may be under eight hours away still, but that hasn’t stopped eager England fans from making the trip to Wembley already.

England fans have already been spotted making their way up Wembley way, while nearby pubs are starting to fill up…

The atmosphere will be electric tonight, and fans are certainly making the most of this special occasion. 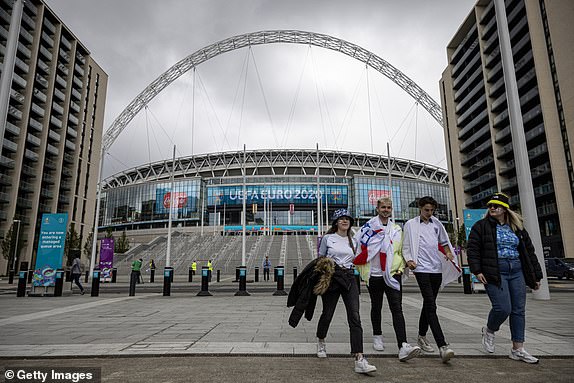 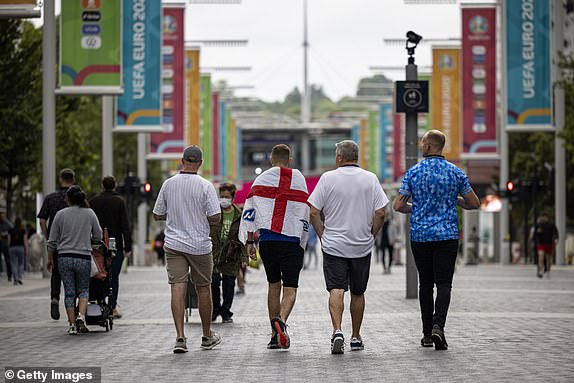 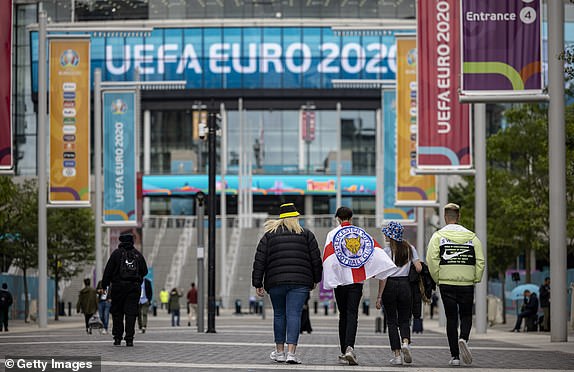 The big day is upon us everyone! It’s England vs Denmark for a place in Sunday’s Euro 2020 final at Wembley.

Gareth Southgate’s men can see the finish line in sight and are on the cusp of something special, but Denmark will be out to ruin the party.

The winners of tonight’s match, which kicks off at 8pm, will take on Italy in the showpiece final following their shoot-out triumph over Spain last night.

Stick with us, as we bring you live updates ahead of kick-off tonight and throughout the match. The nerves are certainly kicking in…