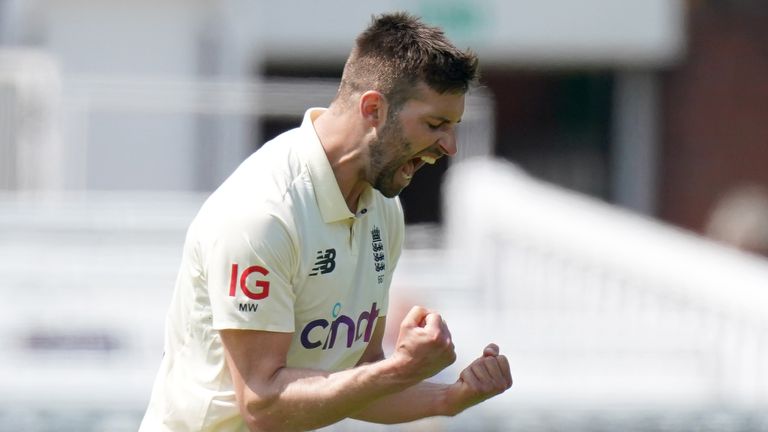 New Zealand opener Devon Conway sealed a debut double ton amid an England fightback on day two of the first Test at Lord’s which included Ollie Robinson completing a four-wicket haul and a half-century for Rory Burns.

Conway (200 from 357 balls) became the seventh batsman and second New Zealander, after Matt Sinclair against West Indies in 1999, to score a double ton in his first Test as the Kiwis made 378, before England reached 111-2 with Burns (59no) and Joe Root (42no) lifting their side from 18-2.

New Zealand were set for a far more imposing total, only to slump from 288-3 as England new boy Robinson (4-75) – who made unwanted headlines on day one after the re-emergence of racist and sexist tweets he had sent while a teenager – and Mark Wood (3-81) rallied the hosts. 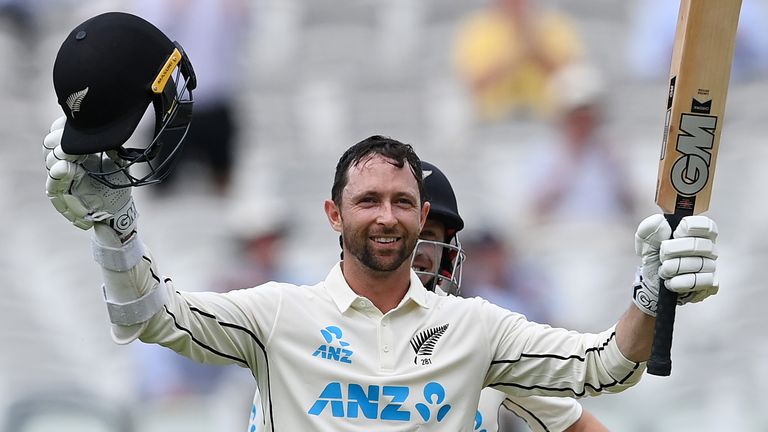 The Black Caps lost four wickets for six runs in 8.3 overs once Robinson and Wood combined to snap a 174-run partnership between Henry Nicholls (61) and Conway – Robinson catching Nicholls at long leg from a well-directed Wood bouncer – while the tourists suffered a larger wobble of 6-50.

No 11 Neil Wagner (25no off 21) then bossed a final-wicket stand of 40 with Conway, who was the last man to fall, run out by Root four balls after he completed his double century with a six off Wood.

England looked in danger of undoing much of their hard work with the ball following the early dismissals of Dom Sibley (0) and Zak Crawley (2) but Burns and Root then shared an unbroken stand of 93, during which time Burns progressed to a ninth Test fifty and first since July 2020.

The day belonged to Conway – who resumed on 136 and completed the highest score on debut in a men’s Test in England once he eclipsed KS Ranjitsinhji’s 154 not out at Manchester in 1896 – but was also memorable for Robinson, whose two-wicket Wednesday had been overshadowed by those social-media posts from 2012 and 2013. 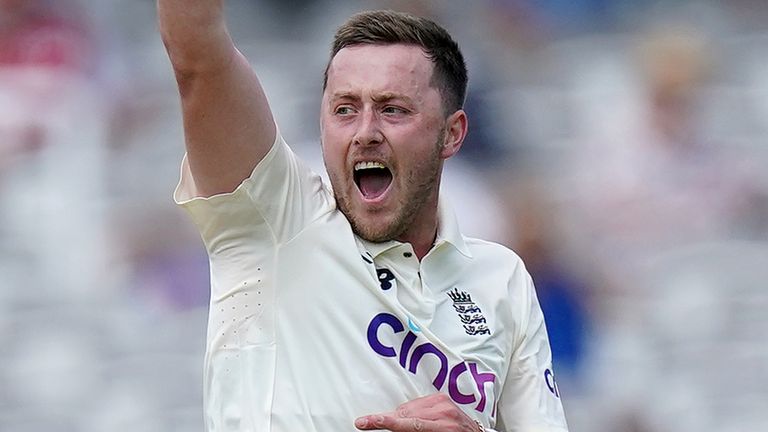 The 27-year-old apologised unreservedly for those tweets in the evening and put attention back on his cricket on Thursday by dismissing Colin de Grandhomme (0) and Kyle Jamieson (9) – and would have been celebrating a five-for, had Stuart Broad not dropped Tim Southee at mid-off.

Wood was England’s second most prolific bowler, snaring each of his wickets amid a brilliant spell of 3-7 from six overs, as he followed his scalp of Nicholls by having BJ Watling (1) caught at slip by Sibley and Mitchell Santner (0) pouched at extra-cover by Anderson. Robinson’s wicket during the Kiwis’ collapse of 4-6 was De Grandhomme lbw after a successful England review, while he went on to dismiss Jamieson after lunch when Crawley took a tumbling catch running in from the deep.

Anderson had Southee (8) caught behind shortly after the New Zealander had been shelled by Broad off Robinson – Anderson bagging his 994th red-ball wicket and 616th in Tests as wicketkeeper James Bracey claimed his first catch in international cricket.

The Black Caps were 338-9 at that point but Wagner then unfurled some extraordinary shots, including a superb six over long-off off Broad. 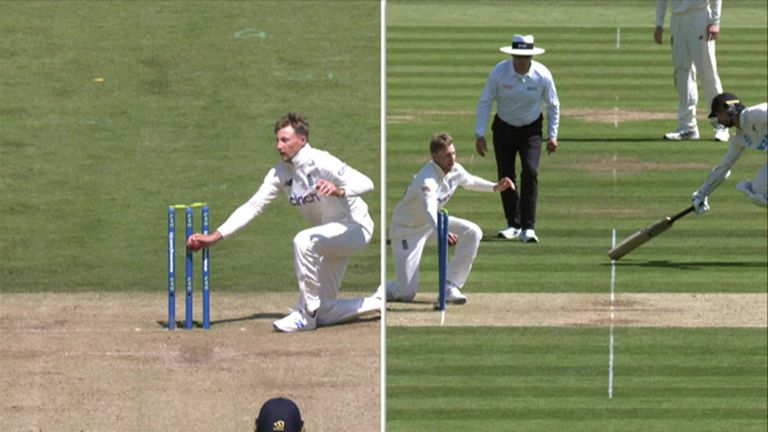 Conway’s maximum was a little streakier, top-edged over deep backward square, but he would have cared little as he became the second man this year to notch a double ton after Kyle Mayers struck 210 not out for West Indies in Bangladesh in February.

Conway was run out in the next over – a whisker short of his ground at the non-striker’s end as Root collected Ollie Pope’s throw – and missed out on becoming the first Test batsman to carry his bat since team-mate Tom Latham against Sri Lanka in Wellington in 2018.

One of England’s openers, Sibley, lasted just seven deliveries – pinned lbw by Jamieson as he failed to make double figures for the sixth Test innings in a row – but the other, Burns, played his way to a 90-ball fifty.

Captain Root is alongside Burns having strode to the wicket in the seventh over once Crawley was seduced into driving a full, wide ball from Southee and snicked behind to wicketkeeper Watling.

Root was struck on the glove by a delivery from De Grandhomme and looked in anguish but carried on batting and will now have designs on playing a Conway-esque innings over the coming days.

Watch day three of the first Test between England and New Zealand, from Lord’s, live on Sky Sports Cricket from 10.15am on Friday.