It was a record-breaking night at the Keepmoat Stadium after Ellen White became the Lionesses all-time leading goalscorer as England beat Latvia 20-0 to record their biggest ever victory.

White started the night one goal behind Kelly Smith but needed just nine minutes to score the two she needed to break her former team-mate’s record, before claiming her hat-trick in the second half.

There were also hat-tricks for Beth Mead, Lauren Hemp and Alessia Russo as Sarina Wiegman’s side ended their final game of 2021 in style. Hemp and Russo had not scored for their country before Tuesday evening. 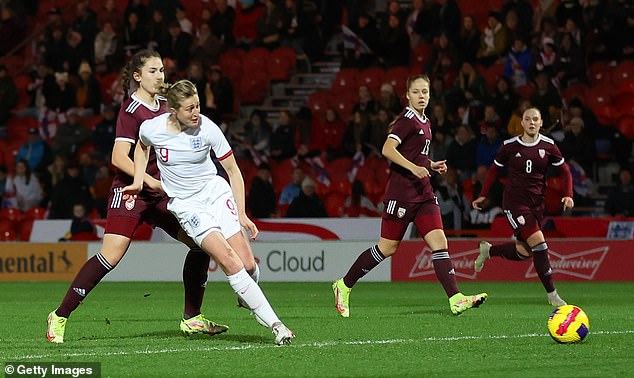 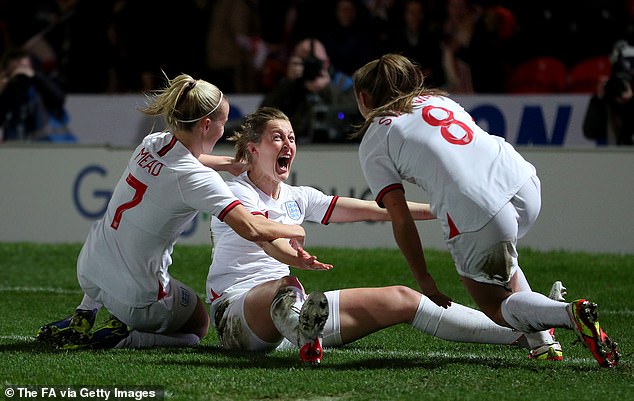 In truth, this was another example of why UEFA must do more to help smaller nations develop the women’s game.

England’s gigantic win was just one of several ridiculous scorelines in this international window.

Belgium put 19 past Armenia while Northern Ireland, who are not even full-time, thrashed North Macedonia 11-0 and 9-0 in two games. 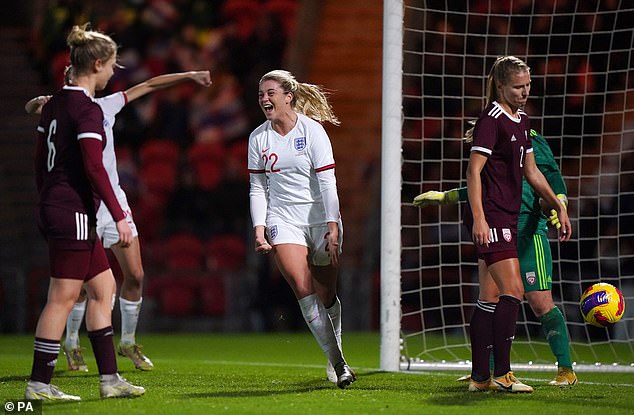 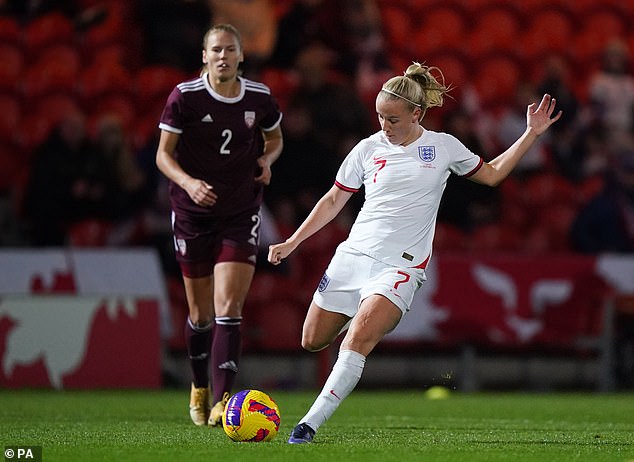 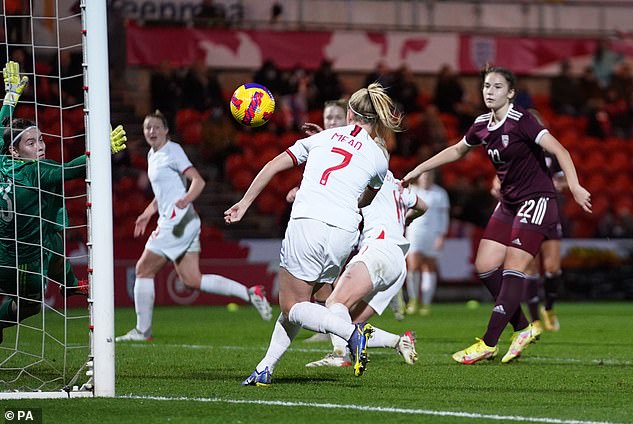 Wiegman will have learned little about her team from this performance and has already acknowledged that they need to face tougher opposition before next summer’s Euros.

But she will have been pleased with the ruthlessness of her side on Tuesday.

England could easily have scored more when they beat Latvia 10-0 last month but they were more clinical this time around – though it could still have been more than 20.

Mead opened the score after just two-and-a-half minutes before the two moments everybody had been waiting for arrived.

White picked up the ball on the edge of the area and fired a wonderful strike into the top right corner.

It felt fitting that the record-breaking goal was a classic poacher’s finish with White tapping in Georgia Stanway’s cross from the six-yard box.

We have become accustomed to White’s close-range finishes but her third was another fantastic long-range strike from the edge of the box.

That came at the start of the second half and not long after she was replaced by Russo.

The young Manchester United forward could go on to be White’s successor and she needed just 11 minutes to complete her hat-trick – the future is bright.

England were 8-0 up at half-time with Mead grabbing her hat-trick while Hemp and Ella Toone also found the net before the whistle.

The Lionesses even managed to score a penalty – something they have struggled to do since the 2019 World Cup. Georgia Stanway converted in the 48th minute after Mead had been tripped. 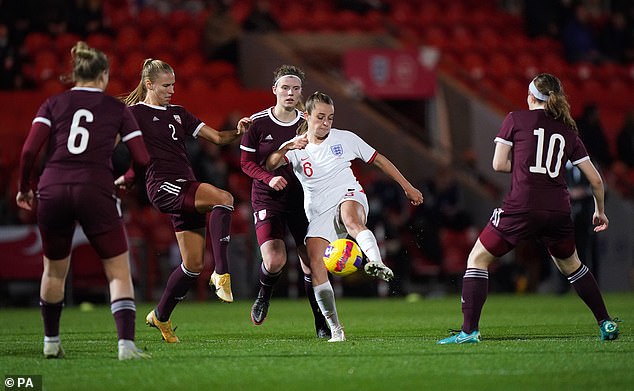 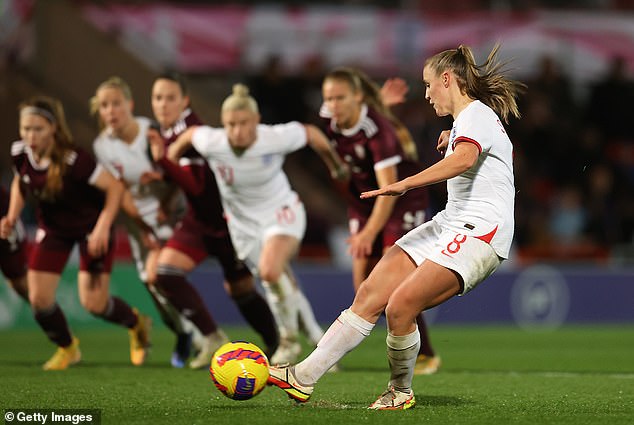 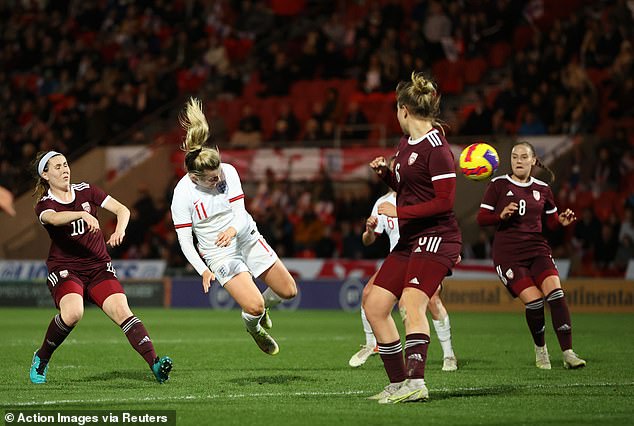 Substitute Jess Carter then scored her first ever England goal in only her second appearance as she tapped in from a corner.

Beth England finally added her name to the scoresheet before Jill Scott got in on the act shortly after. Then came Russo’s quick-fire hat-trick, with another for Hemp in between.

Jordan Nobbs made it 10 different scorers as she grabbed the 18th with a low strike into the bottom corner before England got her second. Hemp then completed the scoring to make it 20-0. This was a record-breaking win for England – but it was Ellen White’s night.