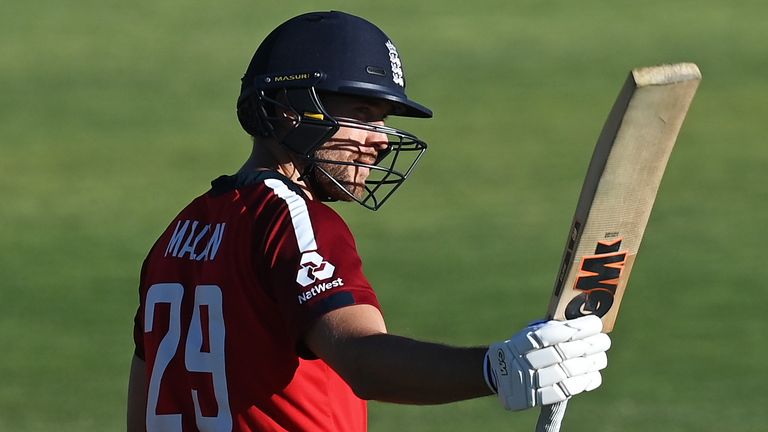 Dawid Malan feels batting alongside Eoin Morgan brings out the best in his game after their partnership set up England’s series-clinching T20I triumph against South Africa at Paarl.

The tourists had looked unsteady at 83-4 when the skipper joined Malan at the crease, but the pair put together a vital stand of 51 from 27 balls to secure their side’s four-wicket victory.

Malan – who was a team-mate of Morgan’s at Middlesex for more than a decade before moving to Yorkshire in 2019 – top-scored with 55 from 40 deliveries, the ninth time he has reached a half-century in just 18 T20 internationals.

“If Morgs doesn’t know me well enough by now, one of us is doing something slightly wrong with the amount of cricket we’ve played together!” said the 33-year-old left-hander.

“I really enjoy batting with him, for the reason that my strengths are probably his weaknesses and vice-versa.

“So if he gets going, where they’re bowling to shut him down, it opens up the areas I like. If I get going and they bowl to me to shut me down, that opens up his areas.

“We’ve had a couple of good partnerships so far but he’s the man that matters in terms of who plays for his team and the way they play.

“When I’m going, I like to hit over the off side if they give me width. I’m really disappointed I didn’t finish the game off, especially when you take it that deep. 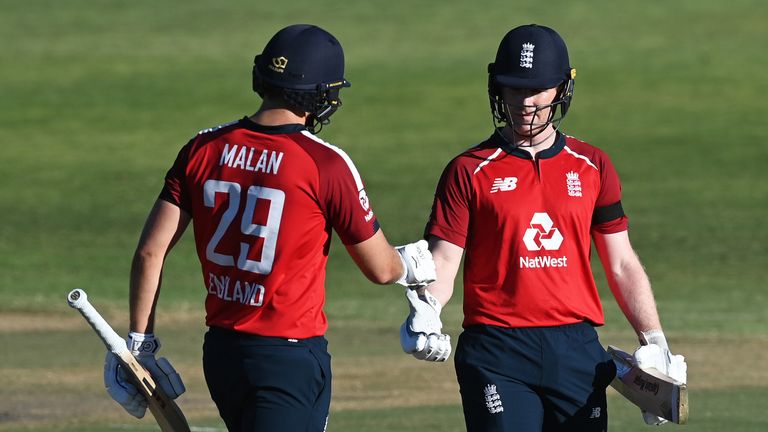 “But thankfully we got over the line. You’re always one over away from sealing the game and that’s the belief we had.”

Malan was on familiar turf during Sunday’s T20I, having attended nearby Paarl Boys’ High School and made his first-class debut as a youngster playing for Boland 15 years ago.

However, he admitted local knowledge had been of little assistance to him on a slow surface that made batting difficult for both sides – South Africa posting 146-6 before England edged home with one ball to spare.

“I must be honest, that wicket played so differently to what I was used to,” added Malan. “I was used to it being slow but a lot easier to time on. Whether that was me or the wicket I don’t know. 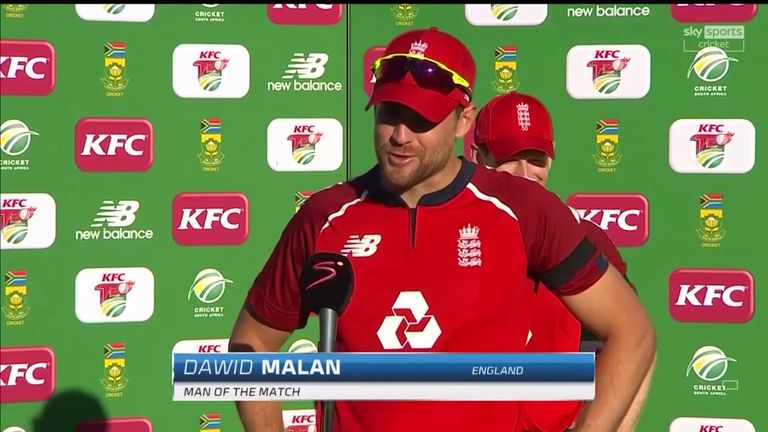 “I found it really hard. You’re not used to spinners bowling that slow, especially in T20 cricket – they took all the pace off and it was really hard to hit through the ball.

“When I was fielding on one side of the ground, my high school coach was one of the guys throwing the ball back and in the stand was another guy who helps me out with throwing balls when I come back to visit.

“So it was nice to come back and play on this ground. I played a warm-up game here before and got nought, so it was really nice to get off the mark this time – it would have been fantastic if we could have got a crowd and had my parents in as well.”

Caspian Caviar Gold Cup: 15 declared for Saturday's feature race at Cheltenham as Baron Alco, Rather Be and Frodon set for rematch