Captain Eoin Morgan says England will continue to use coded messages during games in a bid to improve decision-making on the field.

Signals such as ‘4E’ and ‘2C’ were displayed from the England dressing room for Morgan’s attention in Tuesday’s third T20 against South Africa match – the tourists having received the green light from match officials to do so.

Morgan says the experiment will continue in the three-match ODI series against the Proteas, which begins on Sky Sports Cricket from 10.30am on Friday, as the 50-over world champions strive to improve further on the pitch.

“There are no real signals,” said Morgan, who will delay naming his team for the first ODI until Friday.

“There has always been constant communication, verbal or physical, from the changing room to us on the field to help improve my decisions as captain and Jos [Butter’s] decisions as vice-captain; to try and correlate the feeling of the flow of the game and what we think are the right decisions against the data that we’ve already researched going into the game and as the game progresses how that might change.

“It’s something that we use a lot pre-game and are experimenting with during the game now in order to see if we can improve our performance on the field. We’re always looking to improve as a team and certainly as captain I want to get the best out of our players.”

England stormed to a 3-0 sweep in the T20 series and Morgan said the messages from the dressing room supported, in the main, his captaincy instincts on the pitch.

“There weren’t many decisions that varied from mine,” he reflected. “I think there were three in the first game, two in the second and a couple in the third – so it’s nice to know that the majority of the decisions that myself and Jos, and a lot of the bowlers on the field are making, replicate what we feel is right in the game. 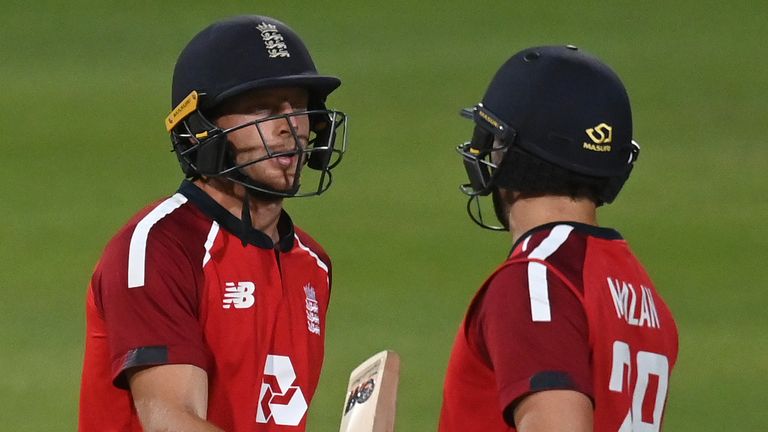 “It’s 100 per cent within the spirit of the game. There’s nothing untoward about it – it’s about maximising information that we’re taking in and measuring it against coaches’ recommendations.

“We’re definitely going to continue with it and give it enough of a sample size to see if it improves our decision-making on the field or improves our performance; or it might tell us more about how we understand information that we’re taking in during the game.”

England arrive at Cape Town without the services of Ben Stokes, Sam Curran, Chris Jordan and Jofra Archer – all of whom have been rested for the ODI series following the demands of an international summer and the subsequent IPL campaign.

The series offers the chance for the likes of Joe Root, Mark Wood and Moeen Ali to impress once again and for England to take a closer look at the progress of Sam Billings, Liam Livingstone and Olly Stone among others.

“We’re looking to win,” insisted Morgan. “We don’t have a full-strength side here. The one-day campaign since the World Cup has been about building a squad with a view of the next 50-over World Cup in mind.

“It’s quite a long, long away – the priority is T20 cricket with two World Cups back-to-back before the 50-over World Cup, so with that I think the games that we’ve played we’ve seen a lot of exciting talent during this summer and throughout the last winter.

“South Africa are a strong side that will pose a lot of questions to us, particularly in their home conditions, so I’m looking forward to it. 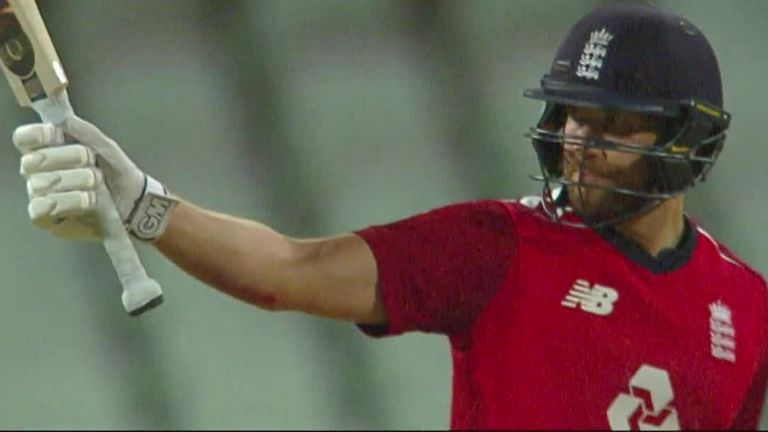 One player who has been unable to force his way into the 50-over squad despite being ranked the top T20 player in the planet is Dawid Malan, whose unbeaten 99 in the third T20 against South Africa took him to the highest-ever rating points in T20I history.

Despite hitting nine fifties and one hundred in T20 internationals, the 33-year-old Malan has played just one ODI and looking to the future Morgan says that the left-hander’s age may count against him.

“Dawid has been outstanding since he’s come into our T20 set-up,” said Morgan. “He’s obviously not had many opportunities in a 50-over shirt.

“Certainly we’re not short of guys to bat at the top of the order – Dawid is in consideration outside of the squad and he is talked about but he’s a very similar age to me and we don’t know what our bodies will be like in two or three years’ time or where the 50-over game will be; if it’s going to continue to replicate T20 cricket, and the scores and the intensity of the game continue to get higher.

“Is that going to place more physical demand on every player and if so, is a 36 or 37-year-old guy going to be able to fulfil the high intensities and standards of a World Cup?

“They are questions I’ll be asking myself and Dawid, but I think at the moment that with the abundance we have at the top of the order we’re looking to grow our squad, with in the back of our head thinking that we want to build on the experience that we have in the side at the moment.”

Don’t miss England’s three-match ODI series in South Africa. Our live coverage of the first game begins at 10.30am on Friday.

Formula E: Antonio Felix Da Costa reveals how he went up a gear during lockdown as he closes in on first FE title