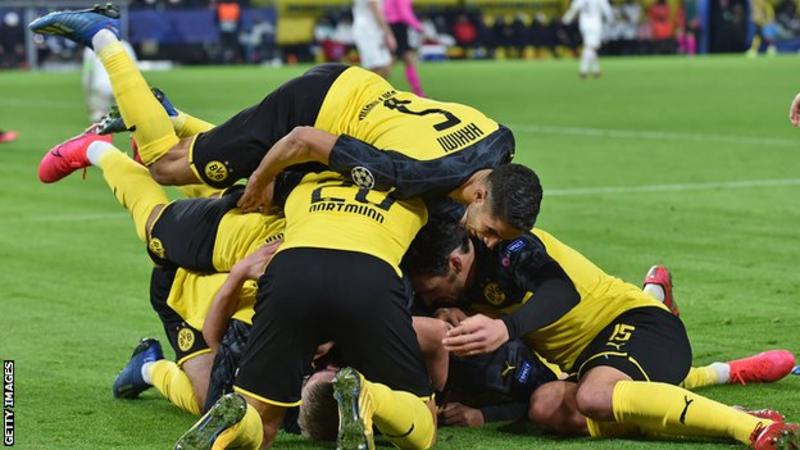 The Norwegian’s remarkable scoring form continued on Tuesday as his two goals gave Dortmund a 2-1 win over Paris St-Germain in the first leg of their Champions League last-16 tie.

His latest goals – one a tap-in and the second a thumping strike from 20 yards – mean he has reached double figures in the Champions League four games faster than any other player in the competition’s history, and is the only teenager to reach double figures in a single season.

But Haaland, who is now the competition’s top scorer this season along with Bayern Munich’s Robert Lewandowski, is not getting carried away.

“I am glad about the man-of-the-match award, but feel like I still can do a lot better,” he said. “I have to play better at this level, have to work hard to improve.

“The result is quite a dangerous one, as PSG has a very strong team and can still go through in the return leg.”

Since joining Dortmund in January, his 11 goals have come in only 450 minutes of football – averaging a goal every 41 minutes.

Only 11 players have scored more Bundesliga goals than Haaland this season, even though he has made only five appearances.

He won the Bundesliga player of the month award for January – despite playing less than an hour of football in the month. 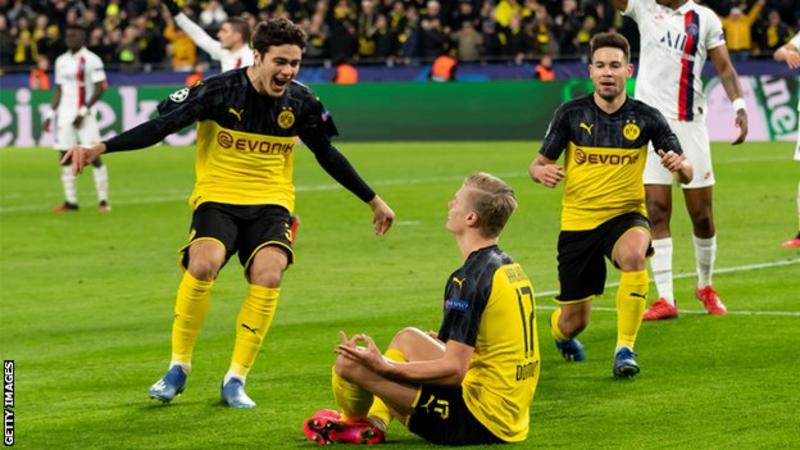 Before his move, Haaland scored eight goals in the Champions League group stage for Salzburg, the second highest-tally in the competition at that point.

Previously he would not have been allowed to play for two clubs in the competition in one season. But Uefa changed the rules last season, so it no longer matters if a player has already featured for another club.

“He still has huge room for improvement but he is on the road to becoming a truly great player.”