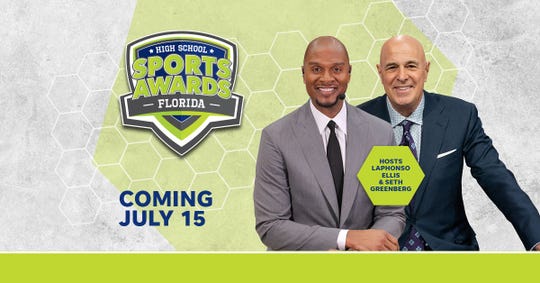 Two-time ACC Coach of the Year and ESPN College GameDay analyst Seth Greenberg and ESPN analyst and former NBA player LaPhonso Ellis will emcee the Florida High School Sports Awards. They join a list of newly released top athletes that will be a part of the show.

The Florida High School Sports Awards is part of the largest high school sports recognition program in the country. Top athletes in most state-sanctioned sports will be honored during an on-demand broadcast at 8 p.m. EDT Thursday, July 15 on the event website.

Greenberg is an ESPN basketball analyst, a member of the College GameDay team and a former college basketball coach. Before joining ESPN, Greenberg coached basketball for 34 years, the last 22 of which were spent as a head coach at Long Beach State, the University of South Florida and Virginia Tech. He notched four wins against No. 1 ranked teams and in his nine seasons with Virginia Tech, compiled a 170–123 record and earned ACC Coach of the Year honors twice.

In the 1992 NBA Draft Ellis was selected fifth overall by the Denver Nuggets. In his rookie season, he averaged 14.7 points, 9.1 rebounds and 1.4 blocks and was named to the 1992–93 All-Rookie First Team. He played professionally for 11 years, then became an ESPN college basketball analyst in 2009.

The Florida statewide show recognizes the best athletes across the entire state, meaning some of the local winners could be honored in the statewide show as well. Florida’s Athletes of the Year and the overall Male and Female Athletes of the Year for Florida will automatically become honorees in the inaugural USA TODAY High School Sports Awards and be among the candidates for the national awards.

Honoree selections for state sanctioned sports featured in the show will be announced on the event website at the beginning of July. The show will be free to watch on any smart device or computer.

Celebrity announcers that will also be a part of the Florida show include: