Without captain Grealish, Dean Smith’s side had struggled to maintain their early season hopes of European football. 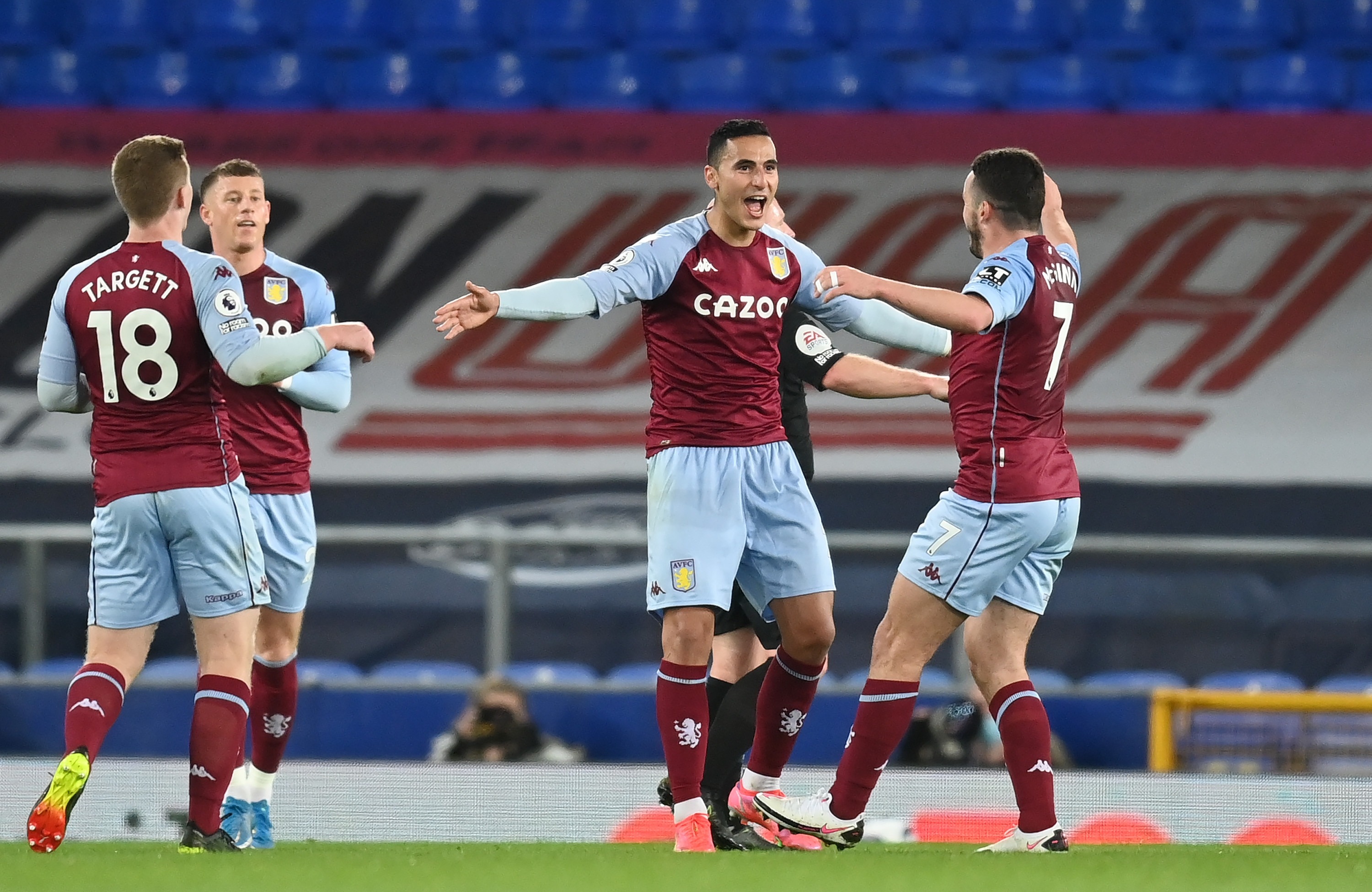 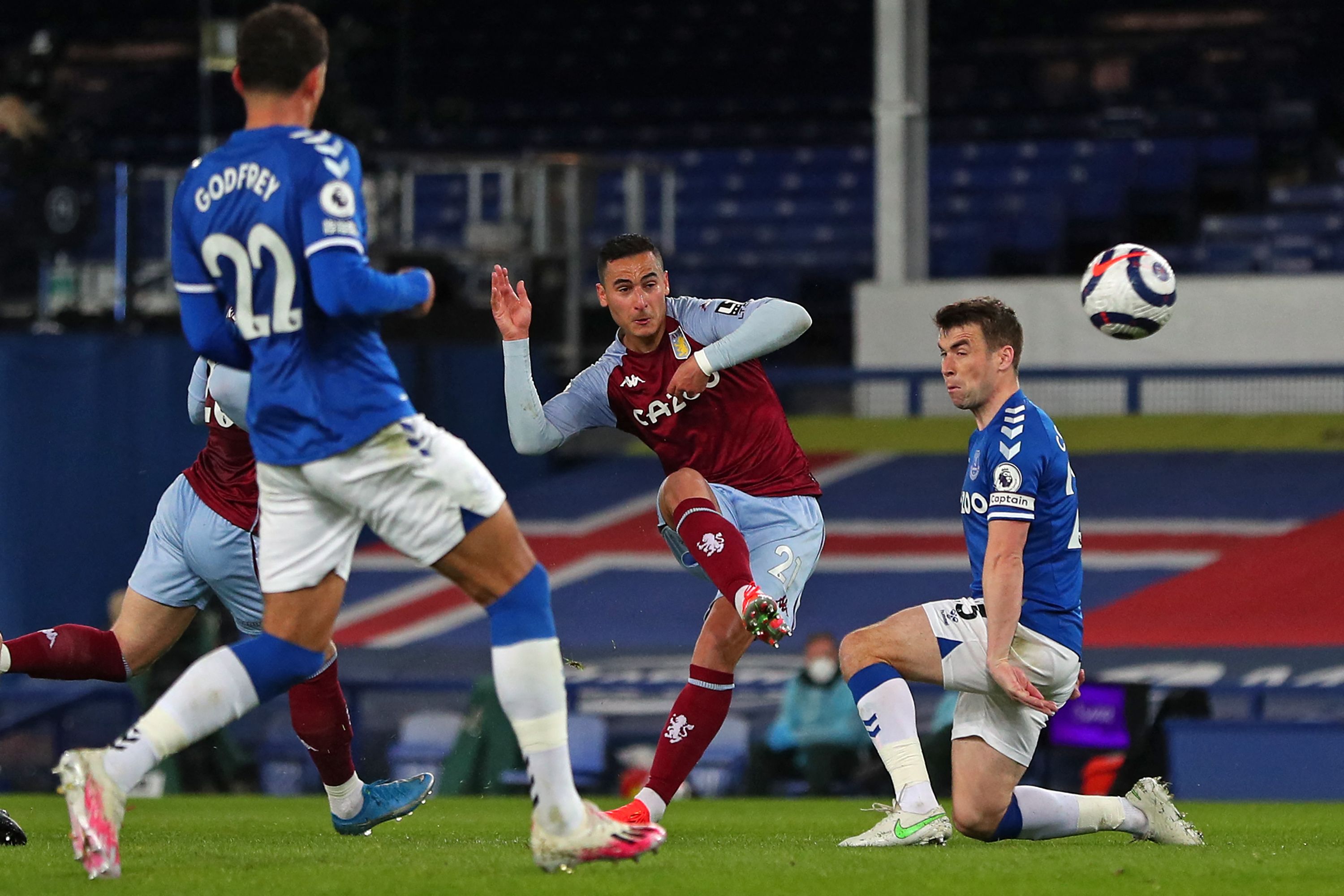 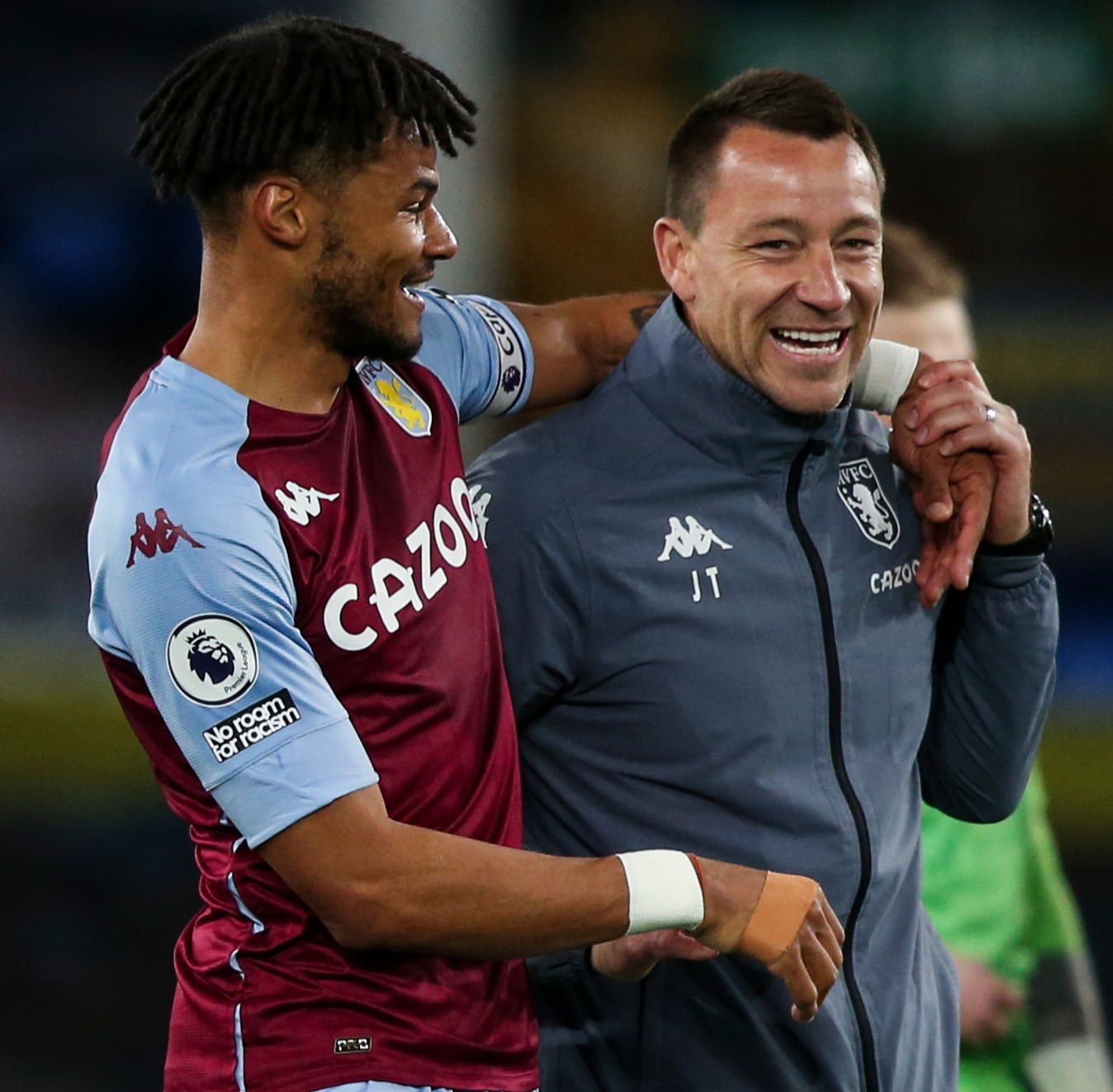 But El Ghazi, playing in the big Grealish-shaped hole on the left of Villa’s attacking trident, produced a moment of magic worthy of the man himself to decide this game.

Cutting back in on to a Bertrand Traore pass as Everton backed off, the Dutchman fizzed a 20-yard shot into the top corner.

It earned Villa only their third Premier League victory since Grealish suffered a shin injury and just their their second win against a side in the top half of the table since Novermber.

On the overall balance of play, it was no more than Villa deserved after peppering the Everton goal in the first half.

But Everton will be kicking themselves for not taking advantage of some decent positions as they had the better of a more even second period.

But until El Ghazi’s stunning intervention, it seemed Gareth Southgate was going to be the only winner on the night.

The England boss was in the Goodison stands to see both his back-up number nines, Dominic Calvert-Lewin and Ollie Watkins, show off their European Championship credentials. 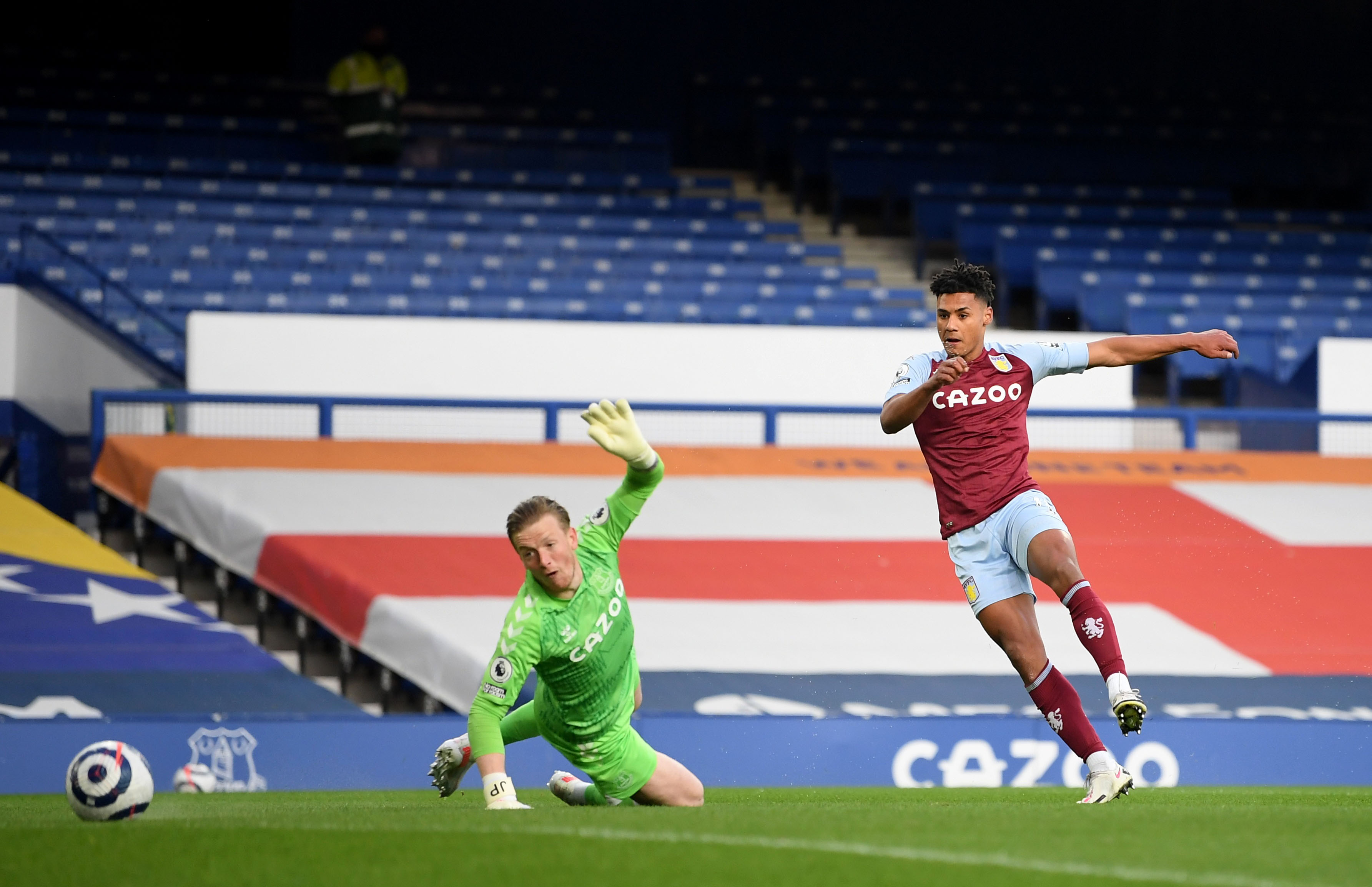 And his No 1, Jordan Pickford, gave the kind of performance that made you think Southgate’s unwavering faith in the Everton goalkeeper might not be misplaced after all.

If this is how Pickford plays when he lets his hair grow, then England must impose a haircut ban between now and the Euros for their very own Samson.

By Qatar 2022, he’ll have the most glorious locks in football history and absolutely unbeatable.

Without their ‘keeper, Everton would probably have been out of the game by the end of a fantastic first half.

Pickford made a variety of fine stops to prevent an upbeat Aston Villa adding to Watkins’ opener.

But as a less thrilling second period threatened to peter out into a draw that would not have been enough for either team, Pickford was powerless to keep out El Ghazi’s fabulous shot.

It was hard on the Everton ‘keeper.

In a low-key opening 10 minutes, Pickford demonstrated the other side of his game with an ill-judged run out of goal.

But Mason Holgate showed his goalkeeper how to really liven things up.

Watkins had almost caught Holgate out dwelling on the ball earlier and this time the Everton defender and his team were punished.

Watkins robbed Holgate, resisted his desperate attempts to pull him back and bring him down, and then finished confidently.

Moments later the Villa striker might have had another, this time beating Ben Godfrey to a long ball, only for Pickford to make a good smothering block.

There was barely any time to remark what a good first seasonin top flight Watkins was having before Calvert-Lewin levelled up their personal battle to impress Southgate.

But it’s probably just as well for Ross Barkley that his hopes of making the Euros disappeared months ago. Because the way he lost Calvert-Lewin from Lucas Digne’s corner was really poor, and his former team-mate capitalised with a fine header at the back post.

The duel continued, with Watkins forcing a decent save from Pickford and then Martinez doing even better to keep out Calvert-Lewin’s stooping header from another Digne cross.

It was breathless, brilliant stuff, and one of the best halves of football in the Premier League this season just kept going.

Pickford really does seem to have regained his mojo at the same time as regrowing his hair.

The Everton ‘keeper made a very good double save from Bertrand Traore and then an absolutely stunning one from Watkins, although the Villa man really should have converted Matty Cash’s lovely cross.

Pickford had earned a bit of luck, and he had it when Anwar El Ghazi hit the bar with the follow-up. And again minutes later when Barkley surged forward and hit the post with a shot from distance.

Watkins fired wide when well placed, but Everton immediately threatened at the other end and you only hoped that the right old ding-dong would continue in the second half.

Almost inevitably it didn’t, not quite.

The game remained an end-to-end affair, with Watkins continuing to do his best to stretch the Everton defence.

At the other end, RIcharlison was having another one of those games on his 100th Premier League appearance for the Toffees.

The Brazilian found some good positions in the final third, but on too many occasions the final pass or the finish was lacking.

Clear-cut chances dried up for both teams, but El Ghazi took matters into his own hands.