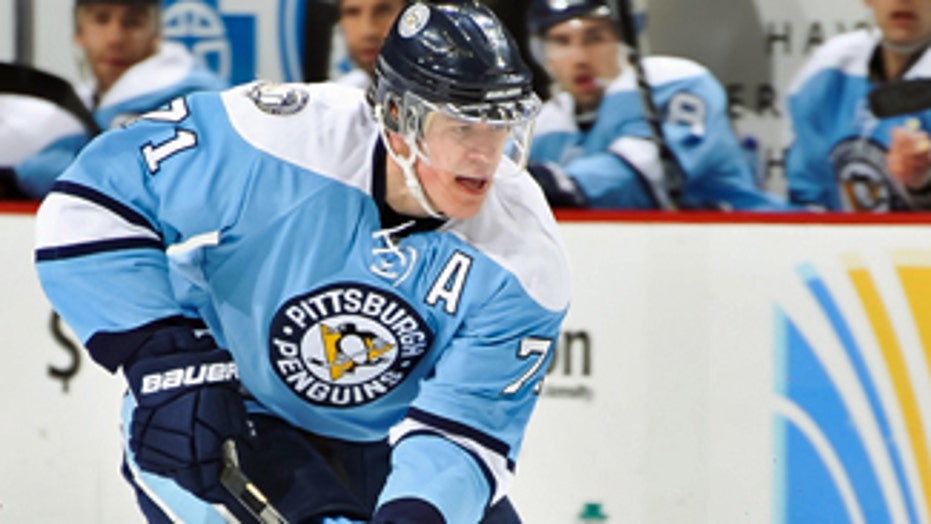 The Pittsburgh Penguins on Wednesday welcomed newcomer Alex Galchenyuk to the team for an informal skating session and he got to bond with veteran Evgeni Malkin on and off the ice.

Malkin, who has spent his entire career with the Penguins, took a little gift for himself at the expense of his new teammate.

According to Pens Inside Scoop, Galchenyuk came to Pittsburgh with two sticks. Malkin tried one of the sticks and liked it and decided to keep it.

Aside from the “gifted” stick, Galchenyuk and Malkin connected with each other thanks to their Russian backgrounds.

Galchenyuk, a Wisconsin native, was born to Belarusian parents who speak Russian fluently, according to DK Pittsburgh Sports. Galchenyuk took that knowledge and used it to bond with Malkin.

“It's great for both of us,” Galchenyuk told DK Pittsburgh Sports. “Even though it's my first language it's something I don't use that much, but it's always nice to catch up on it.”

Pittsburgh acquired Galchenyuk from the Arizona Coyotes in a trade that sent Phil Kessel west.

How Yankees are trying to fix Miguel Andujar