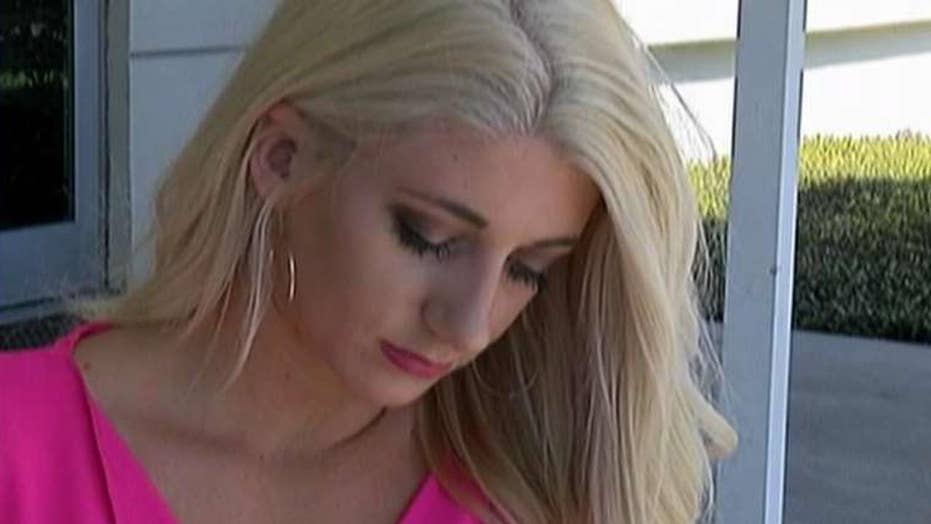 A former New Orleans Saints cheerleader who is suing the organization and the NFL over workplace practices alleged that the team’s policies were used to control cheerleaders on and off the field.

Bailey Davis, 22, explained in an interview to host Amanda Knox on the Facebook Watch show “The Scarlett Letter Reports” the Saints’ policies kept control of her and her fellow cheerleaders whether they were at work or not. She also said the team had different rules for football players.

“Red flags were popping up in the beginning. We would have weigh-ins every month and everyone was so concerned,” Davis said. “You would not eat that day. You would not drink anything because you had to be the weight you were at auditions or you could be benched.”

Davis then detailed the extensive lengths some would go to maintain their weight.

“I would hear things going on and there were girls that would sweat themselves out in the car before weigh-ins and before practices. I was just … blown away,” Davis said.

“There was one practice where a girl sweated herself out in the car and she passed out and had to go to the hospital. The director told us to get the ambulance to park on the side and no one would know.”

According to Broadly, the Saints had guidelines on how they were supposed to act.

Davis said a rumor began to swirl about her being seen at a party with an unidentified Saints player and she said she told the organization’s human resources department it wasn’t her. Four days later, she posted a photo of herself in a lace black bodysuit, which she claimed led to her dismissal.

Davis said she sat down with a Saints official, along with her mother – a former Saints cheerleader who continued to work for the team, but had no disciplinary role. Davis said she asked the official why she was asked to resign and “from that point on I never got to tell my side.”

“He laid into me about my character and that I was representing the team in a bad way. One of the things he said was ‘perception is reality.’ So basically how he sees the photo is how it is. He sees it as something sexual and dirty and seeking attention. He told me he would never let his granddaughters post something like that.

“I was completely slut-shamed out of that room and I never felt so worthless about myself.”

Since being fired prior to the start of the season, Davis filed a complaint with the Equal Employment Opportunity Commission. Her lawyer has said the team’s policy was tantamount to a double standard.

The Saints have since denied any discrimination took place.

“The Saints organization strives to treat all employees fairly, including Ms. Davis,” Leslie A. Lanusse, the team’s lawyer, said in a statement in March. “At the appropriate time and in the appropriate forum, the Saints will defend the organization’s policies and workplace rules. For now, it is sufficient to say that Ms. Davis was not subjected to discrimination because of her gender.”

Burnley star Johann Berg Gudmundsson tackles boredom with football board game – and why don’t you try SunSport’s quiz? – The Sun