ITALIAN footballer Giuseppe Perrino has died at the age of 29 while playing in a memorial match for his late brother.

Local media reports in the midfielder's home city of Naples claim he was taking part in the match in nearby Poggiomarino when he collapsed. 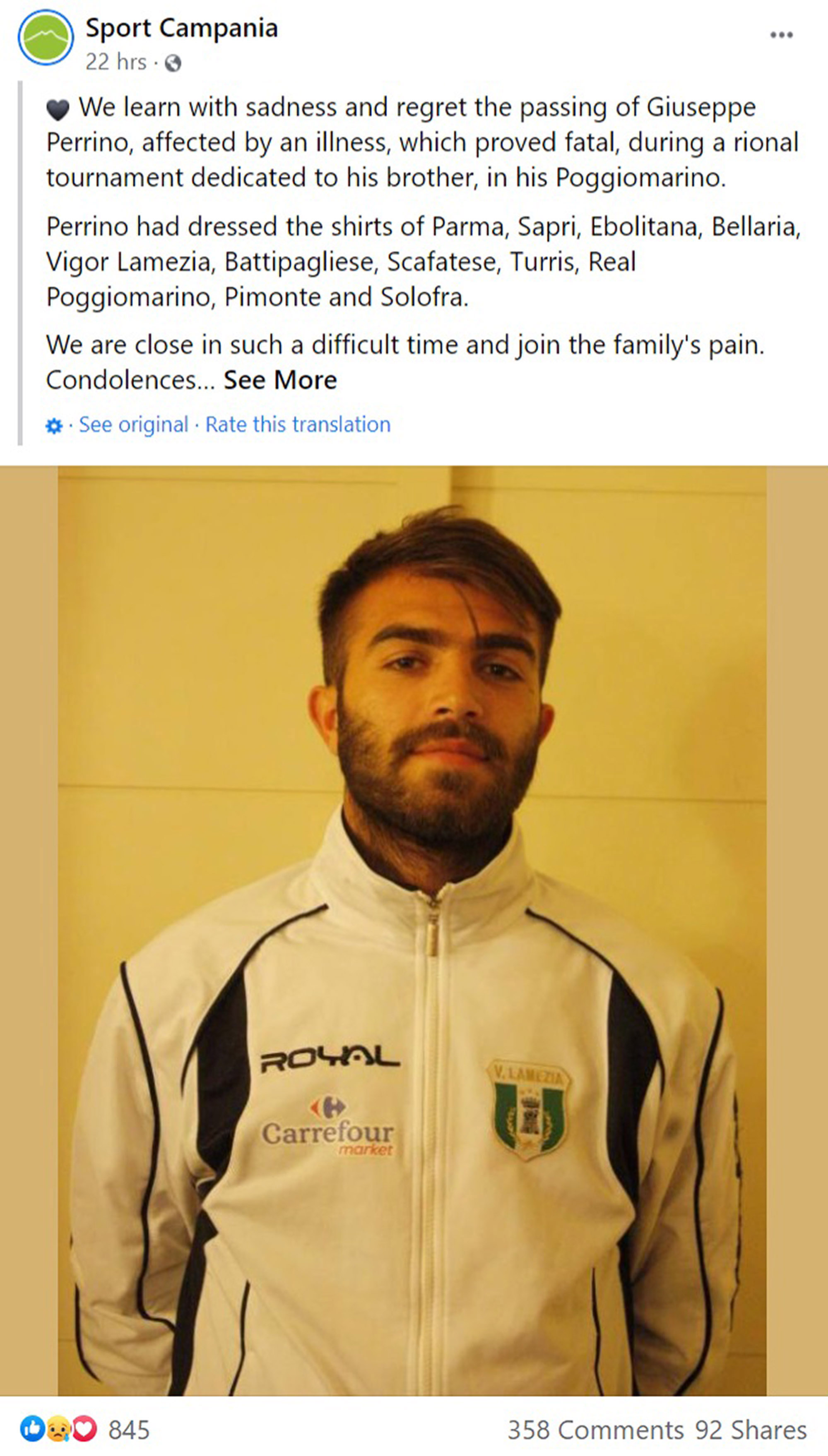 Paramedics swiftly arrived on the scene but Perrino was later pronounced dead having reportedly suffered a heart attack.

It came only three years after his brother, Rocco, had died suddenly at the age of 24.

Local authorities have ordered an autopsy to discover the cause of Giuseppe's death.

Perrino was on the books of Serie A club Parma as a youth and represented his country in the Lega Pro Under-21 team, and the U21 C team.

Having left the Crociati without making an appearance, he spent his career in the third and fourth tiers with teams such as Turris, Ebolitana and Bellaria.

Parma's official Twitter account led the tributes to their former player and Wednesday's Festa della nostra Repubblica celebrations in Poggiomarino were cancelled as a mark of respect.

The club stated: "The thoughts of everyone at Parma Calcio 1913 go out to the Perrino family, following the loss of Giuseppe."

Local mayor Maurizio Falanga wrote on his Facebook page: "Today marks our Republic Day. An important event for us and for our history. 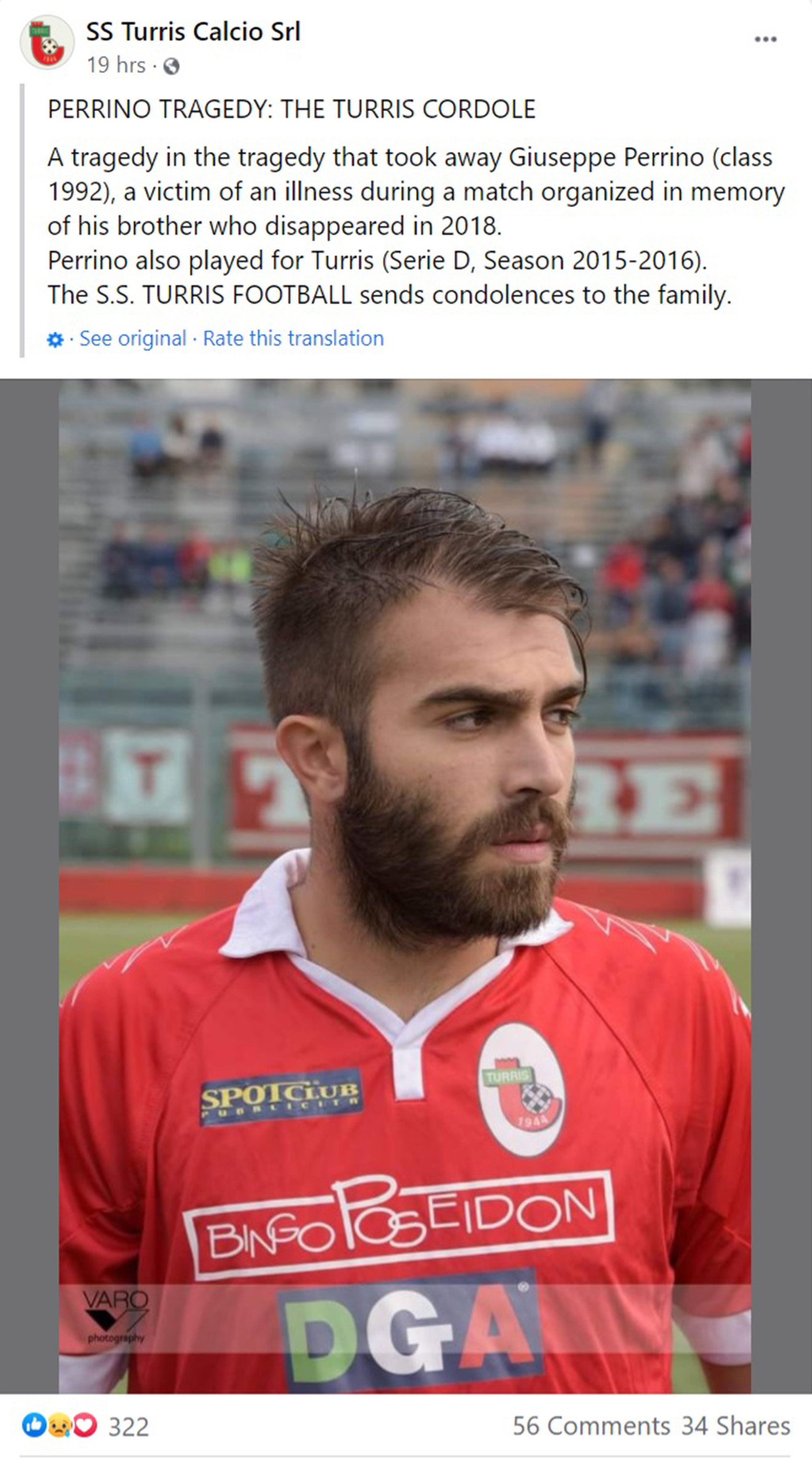 "Unfortunately Poggiomarino mourns the passing of his young son who reunites with his beloved brother Rocco.

"Last night we preferred to cancel the tricolor lighting ceremony on the facade of the municipal house in conjunction with the tragic news.

"There are no words to express the sympathy for the family already so hard hit. On this day that was supposed to be a celebration, I express the closeness of our entire community to the passing of young Giuseppe."

Opinion: If Olympics are to be held in 2021, organizers need every day to pull them off