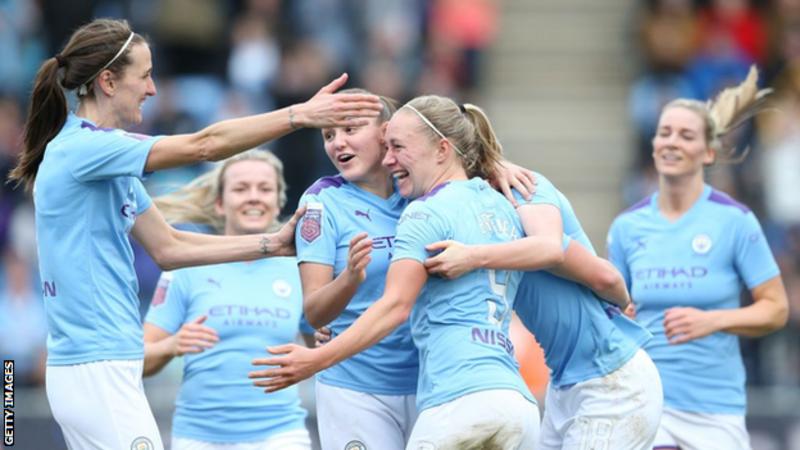 The shadow sports minister has made an “urgent” call to the FA and Premier League clubs to outline their “intentions” for women’s football, criticising the decision to abandon the domestic season in all divisions.

The Women’s Super League and Women’s Championship seasons were ended last week, with a decision yet to be made on titles, promotion and relegation.

The FA said the decision was taken following “overwhelming feedback from clubs” and was made “in the best interest of the women’s game”.

The Premier League hopes to return on 17 June, with a third of the remaining 92 fixtures to be shown on free-to-air platforms.

McGovern warned that action must be taken to maximise opportunities for women’s football next season.

“What steps are the Football Association taking to ensure that this gender and sporting progress is not laid to waste and how can women’s football take advantage of the millions of people round the country who want to watch sport during this difficult time?” she wrote.

“We cannot let the crisis become a question of the sport’s existence for women and girls across the country. It must now ensure it maximises the opportunities of the next season for participation in sport.”

In a separate statement, she added: “To bin women’s football this season without a broader plan to protect the gains we have made recently is a huge mistake.

“People will now start to worry about next season. We need to hear urgently from the FA and from Premier League clubs what their intentions are: will women continue to pay the price for a ban 99 years ago, that still overshadows women in football today? Or is there a road to equality? Women players and supporters deserve answers.”

“There’ll be other opportunities down the path,” he said. “There’s still a lot of good positive stories to tell. Sometimes there are bigger things going on in the world.

“In future I see there being more opportunities when we do start the season again.”

Real Madrid next manager odds: Pochettino, Allegri and Wenger in the mix with Zidane on the ropes in Madrid

Jemele Hill, other former Black ESPN stars, do it their way