COVERAGE of the FA Cup final on both BBC and ITV has been slammed by viewers as well as non-football supporters.

Fans of Chelsea and Liverpool were left furious over the choice of commentators for the big game. 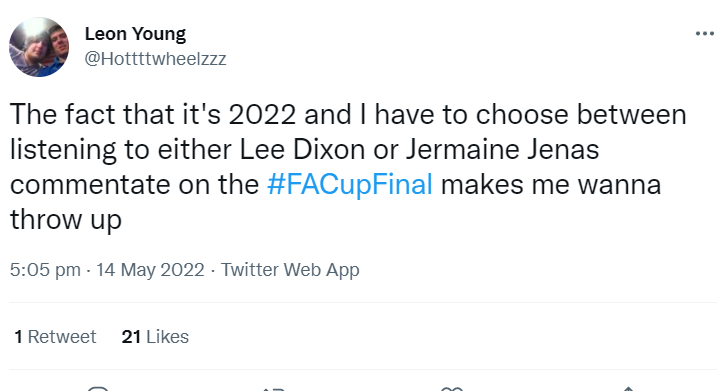 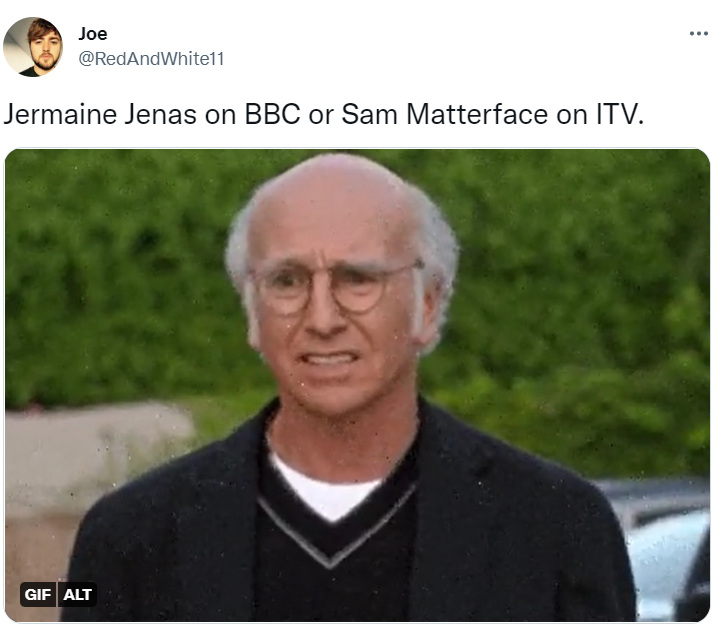 Those watching on the BBC were unhappy that Jermaine Jenas was co-commentator for the game alongside Guy Mowbray.

Meanwhile fans tuning into ITV were as equally annoyed to hear the voices of Sam Matterface and Lee Dixon.

One tweeter said: "Imagine an FA cup final where it’s a choice of Matterface and Dixon or Jenas when (Ally) McCoist and (Clive) Tyldsley are sat at home. Both BBC and ITV are missing a trick for viewers." 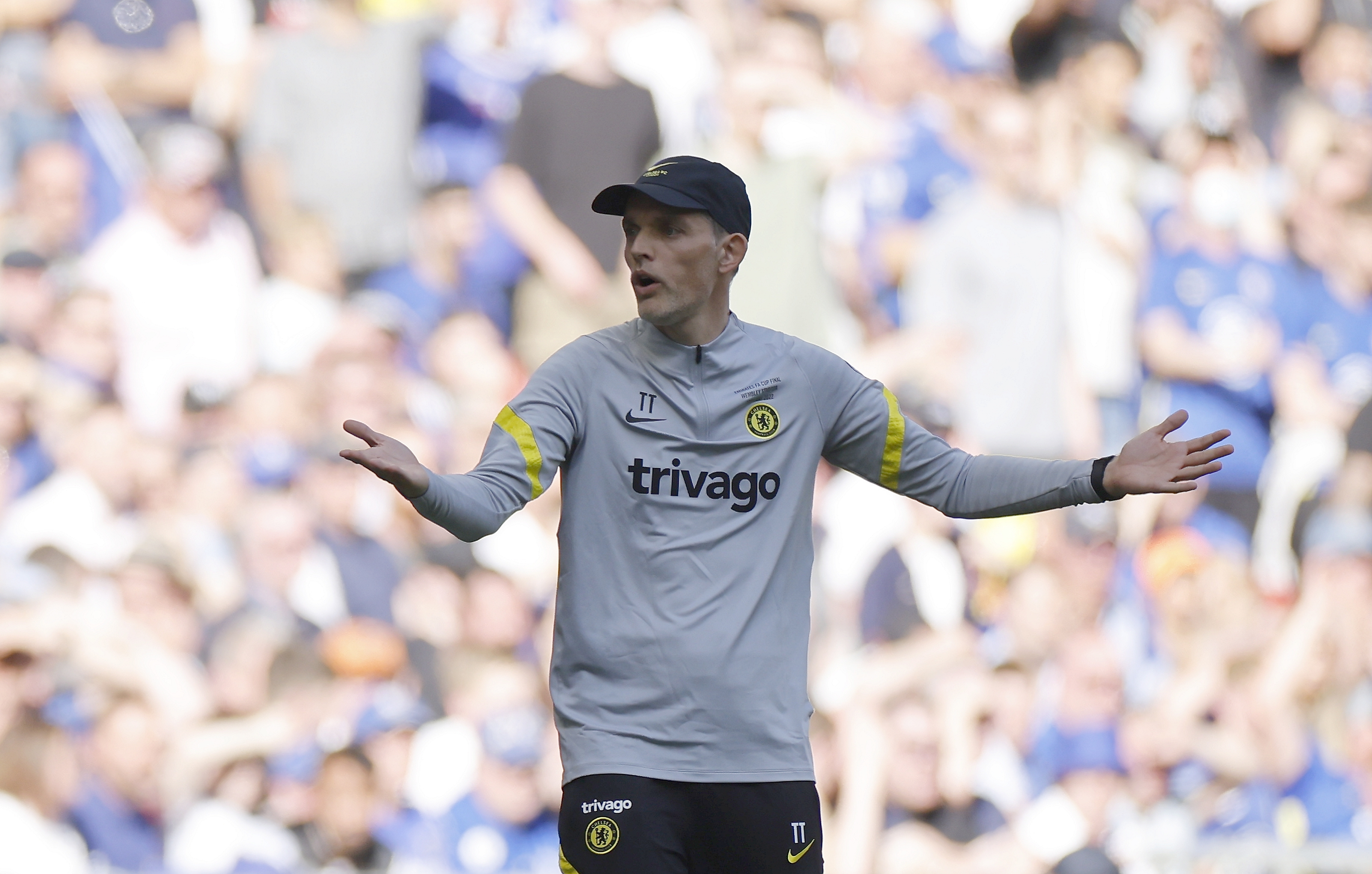 Another joked online that they wanted a mute button for the commentators only.

Someone sided with the BBC: "Choice between BBC and ITV. Hahaha. There is one big reason Adverts Every few bloody minutes it feels like."

Another said: "Ive had my TV on mute practically since the FA cup coverage started on BBC and ITV. Anyone care to guess why. God give me strength."

A Scottish fan also chimed in: "Why the f*** is the English fa cup final being shown live on @bbc and @ITV in Scotland?"

Even those who weren't watching the FA Cup final were unhappy the match was being shown live on both main freeview channels.

Many simply questioned "why" while another tweeter claimed "sometimes terrestrial broadcasters do themselves no favours".

One fan said: "Why is the FA final on both BBC and ITV? I like football but wonder why both need to show it?"

The problems did not stop there for viewers with many suffering from glitches in the visuals with the match 'freezing'.

On top of that sound problems also impacted fans with one saying: "What is going on with the FA Cup final!! BBC and ITV both channels are stuttering constantly."

My daughter, 2, was snatched but she was saved in an amazing way

Although some fans were simply wishing there was even more coverage.

A fan said: "Gone are the days when there was a 3 hour build upon BBC and ITV."