GARETH BALE didn't even feature during Real Madrid's LaLiga title-winning game against Villarreal but he is the talk of social media due to his antics after the match.

The Welsh winger has hit the headlines for bizarrely kicking the ankles of his team-mates during the celebrations, while also failing to join in on lifting boss Zinedine Zidane in the air. 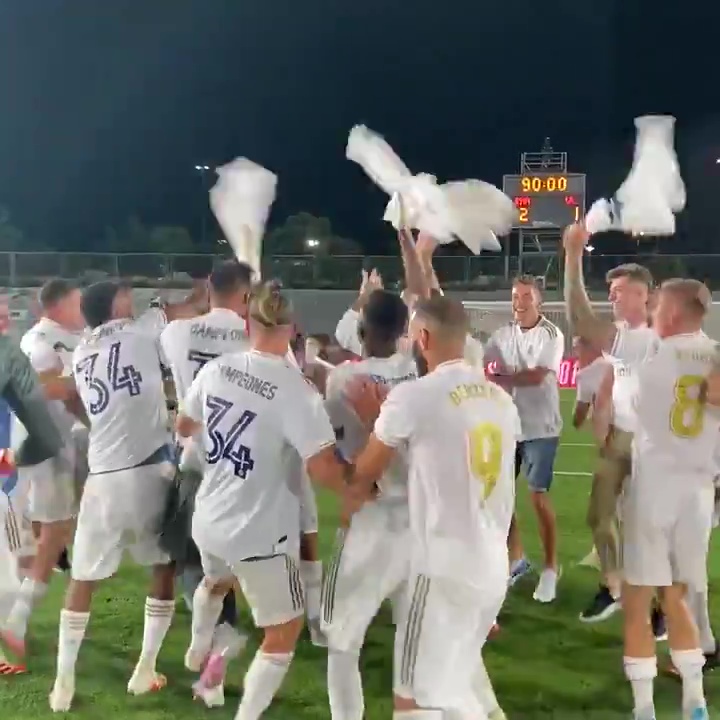 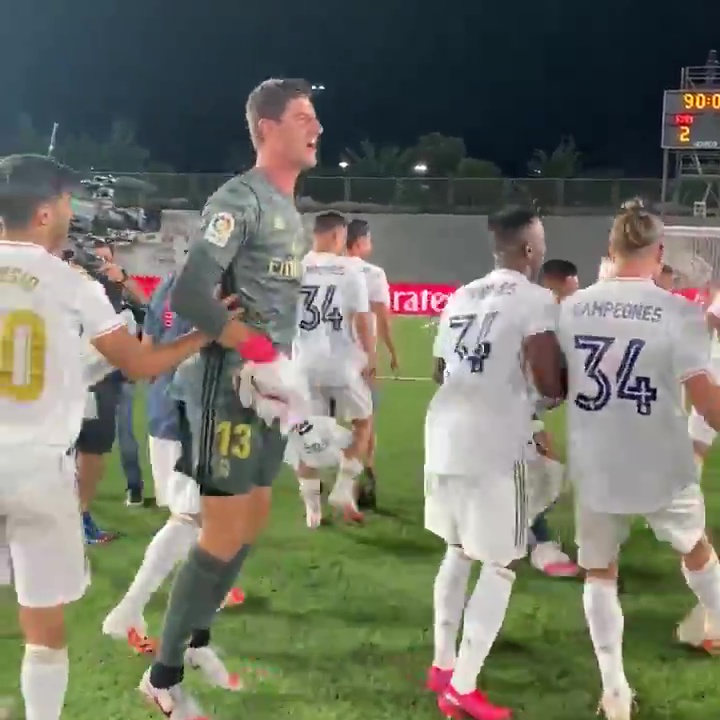 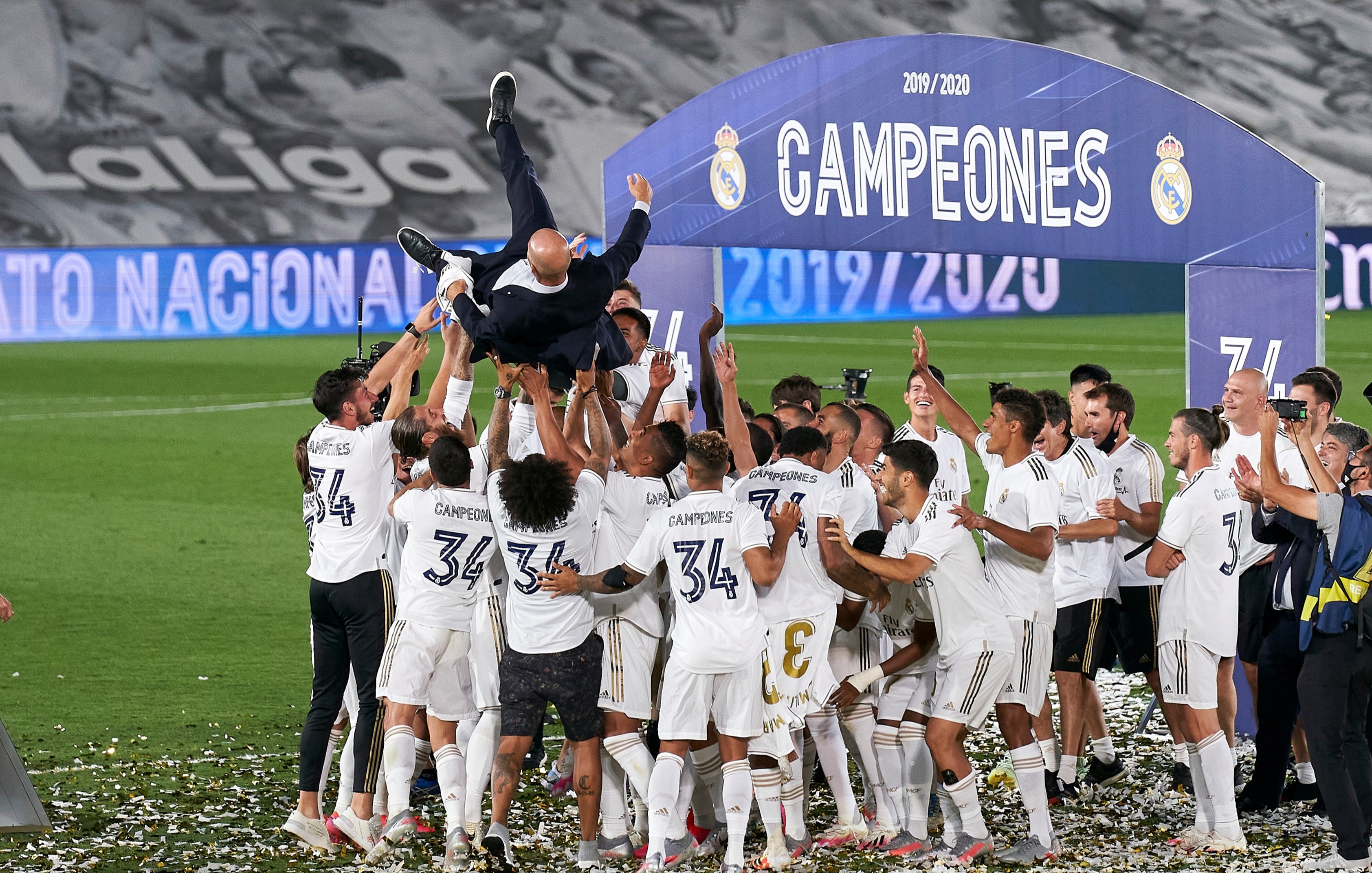 But Bale – who turned 31 on the day he became a two-time LaLiga champion – wasn't in the best of moods as he failed to come off from the bench for a sixth consecutive match.

And he let it be known as he failed to get involved when his team-mates hoisted Zizou in the air as he awkwardly looked on despite being just metres away from the Frenchman.

Bale caused controversy last week when he was snapped pretending to sleep during the clash against Alaves – before he mocked Zidane in Monday's win over Granada by using a roll of tape as pretend binoculars.

And he continues to display his frustration, with the ex-Tottenham star filmed by Real tentatively celebrating with the rest of the squad as they surrounded the LaLiga trophy.

He was spotted celebrating in a half-hearted fashion as he uncomfortably raised his fists.

But it is his bizarre display of affection that has left fans in stitches after a video has showed him appearing to attempt to trip up his team-mates on the pitch at the Estadio Alfredo Di Stefano.

Commenting on the clip, one supporter tweeted: "What is Bale trying to do here, this guy man."

To which one fan said: "Haha try to get some injured haha he is so f** hilarious love him."

Another quipped: "I thought I was the only one that saw it. He's like I'll injure one of them maybe I'll get a start."

One simply stated: "This guy isn't right in the head." 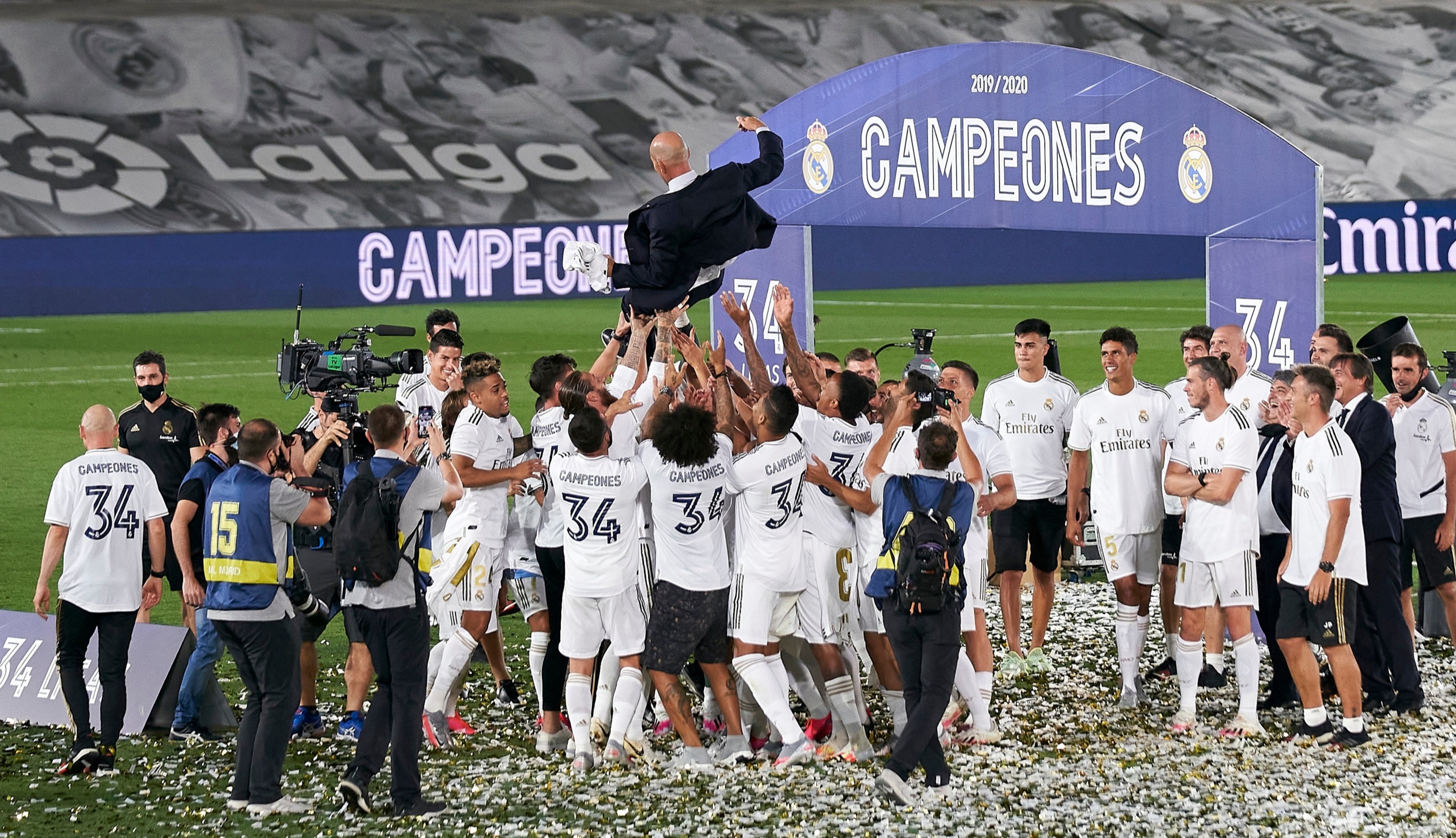 A fifth added: "These things just make me love him more."

Another quipped: "Injure all the outfield players so that Zidane is forced to play you. Genius."

It was reported earlier in the week that such is the desire for Real to get Bale off their books, they are willing to pay him off for his final two years of his contract.

Daniel Jones needs to take this next step for Giants