The 42-year-old oversaw a Rams training session prior to the club's 0-0 draw away at Championship table-toppers West Brom on Tuesday night. 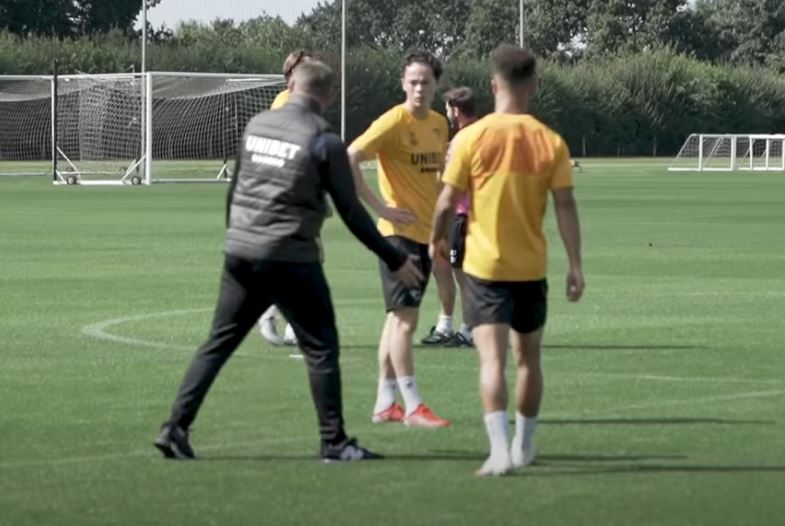 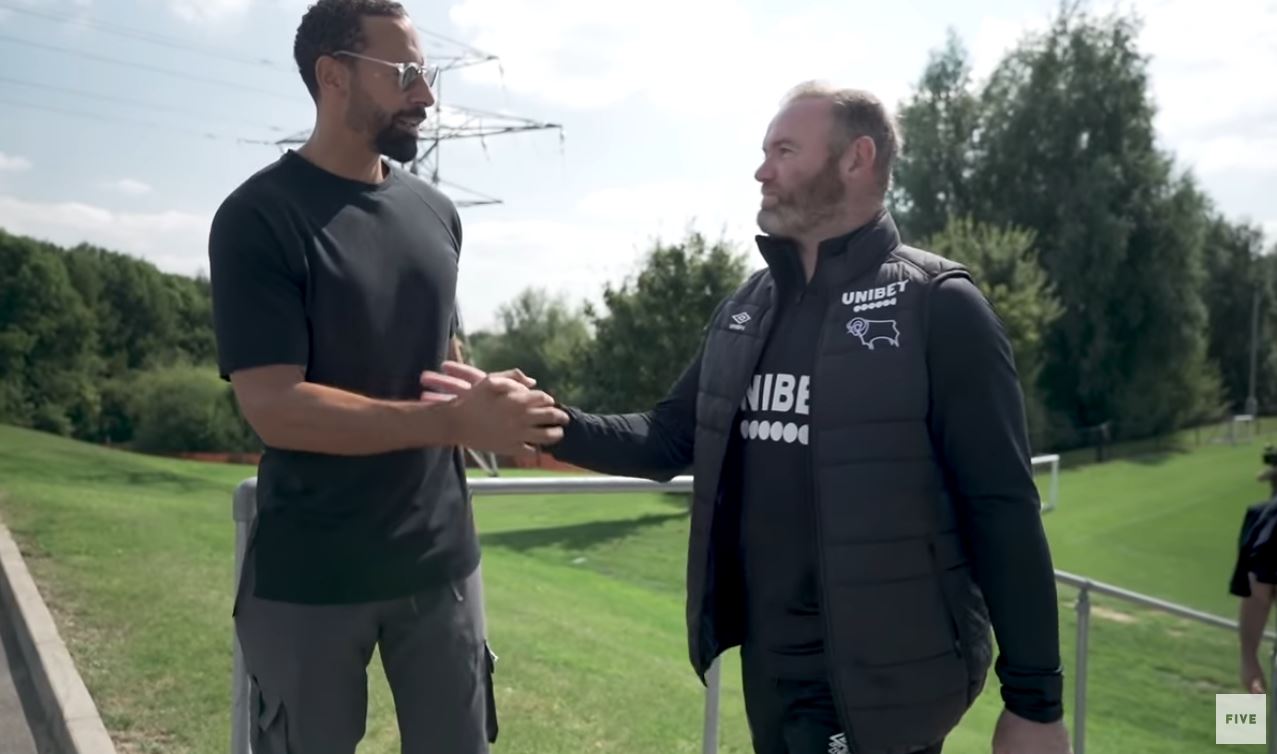 And Ferdinand has been left impressed with his ex-Red Devils team-mate, who has been Derby's boss since November 2020.

In his first season at Pride Park, Rooney guided the club to safety on the final day of the season following a 3-3 draw against Sheffield Wednesday.

He has also had to deal with Derby's cash problems in the background this term, with the team facing a possible two-season transfer ban.

But Rooney has taken everything in his stride, with Ferdinand praising him for his 'calm' demeanour.

Speaking from Derby's training ground in a video released on his FIVE YouTube channel, Ferdinand was asked what he thought Rooney would be like as a manager.

"But then you've got to prove yourself, and I think every player I've spoken to here, whether that be Curtis Davies, Ravel [Morrison], etc, they've all said like 'He's good you know.'

"Because they didn't know what to expect like anyone new through the door, but he's brought them together, there's definitely a more close-knit group now and they're really young.

"And he's been through some hardships already in his young, early start as a manager, but when I listen to him in the meeting, him and Liam Rosenior, his coach, they were positive, they were clear, their messages were really bang on point.

"We got a group that we chat into, a WhatsApp group with all the old Man Utd players. Listen, the first thing I'm going to be saying in there is 'wow'.

"The thing that does come out of it is he absolutely loves it – tactically as well."

Ferdinand also remarked: "I'm impressed by how he's dealt with all of the things outside of the pitch.

"End of last season, they stay up with the last kick of the game, everyone thought they were down, his first job.

"Everyone would have still said, 'Do you know what? I'll give him a job. He kept them up last year,' but he's took it on again this year and he's playing a risky game, but he's passionate about it and he believes in himself."

Derby currently sit 14th in the Championship table after seven games played, with the club winning just once so far.