A FOOTIE-mad dad has finally got his huge sticker album collection up to date — with a 1998 World Cup England badge.

Simon Livermore, 45, paid £11.41 in an online bidding war for the elusive crest. 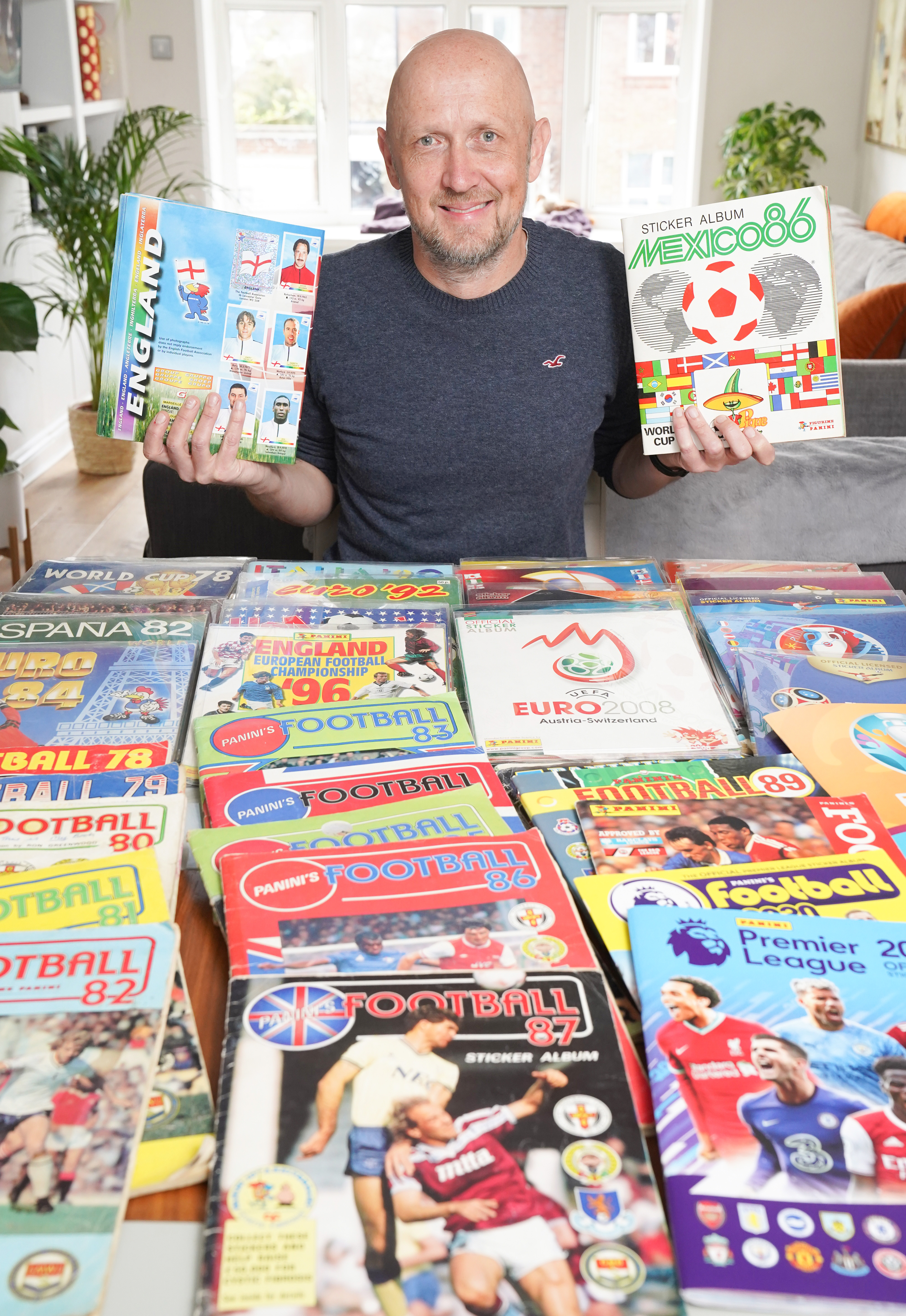 He has now completed every World Cup and Euros album produced by Panini since 1974.

And he is already busy filling in his Euro 2020 sticker album.

Brighton and Hove Albion fan Simon said: “Half the fun is the hunt. I’ve needed two for France 98 for absolutely forever but the badges, the foils, are particularly hard to come across.

“I was always led to believe there was equal numbers printed, But I swear it’s not the case.”

The project manager caught the collecting bug with the Mexico 86 World Cup album.

Over the years he has spent up to £10,000 on packs of stickers, selling swaps online to fund his habit and buying missing stickers from Europe, Egypt and the US. 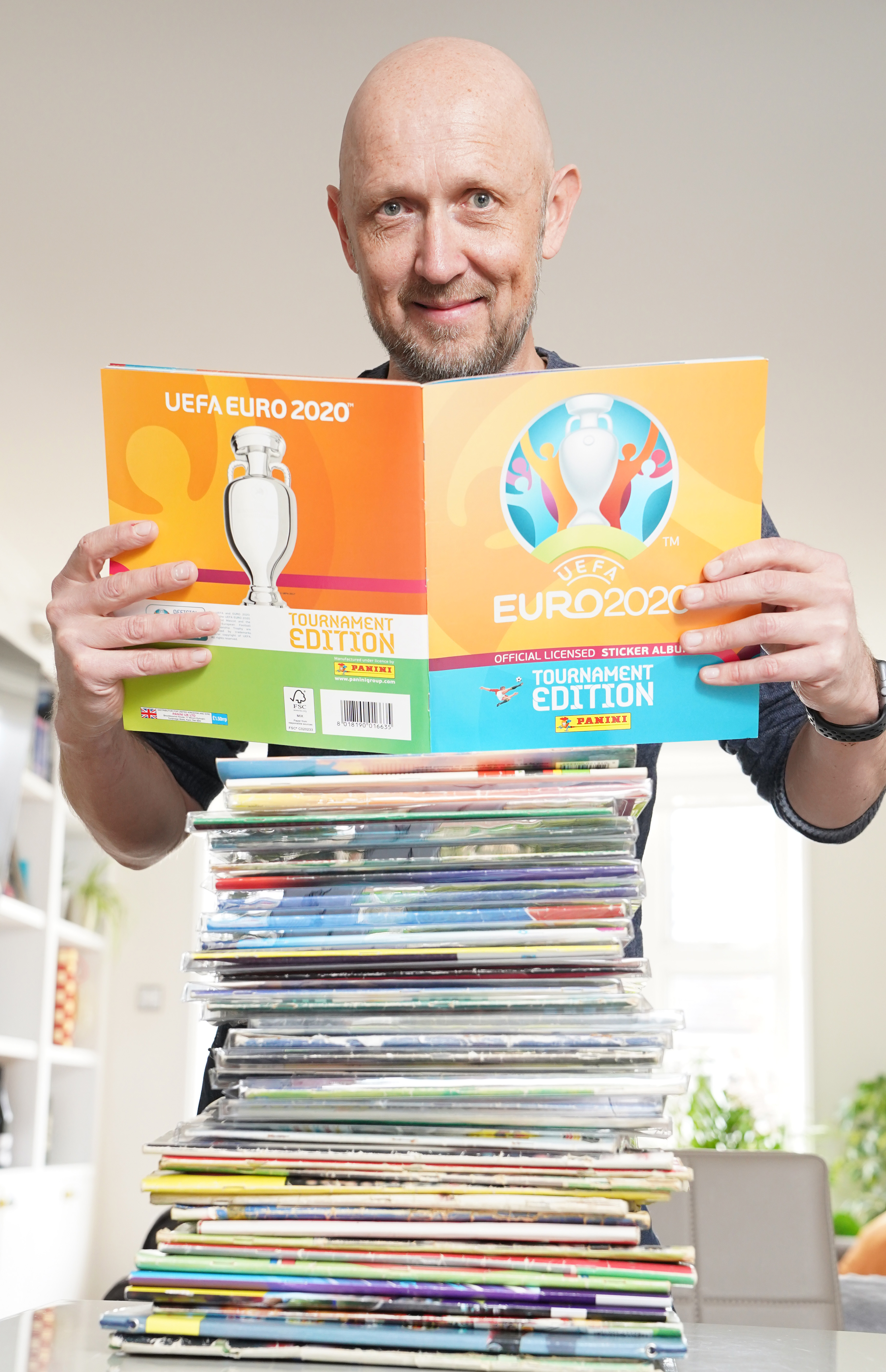 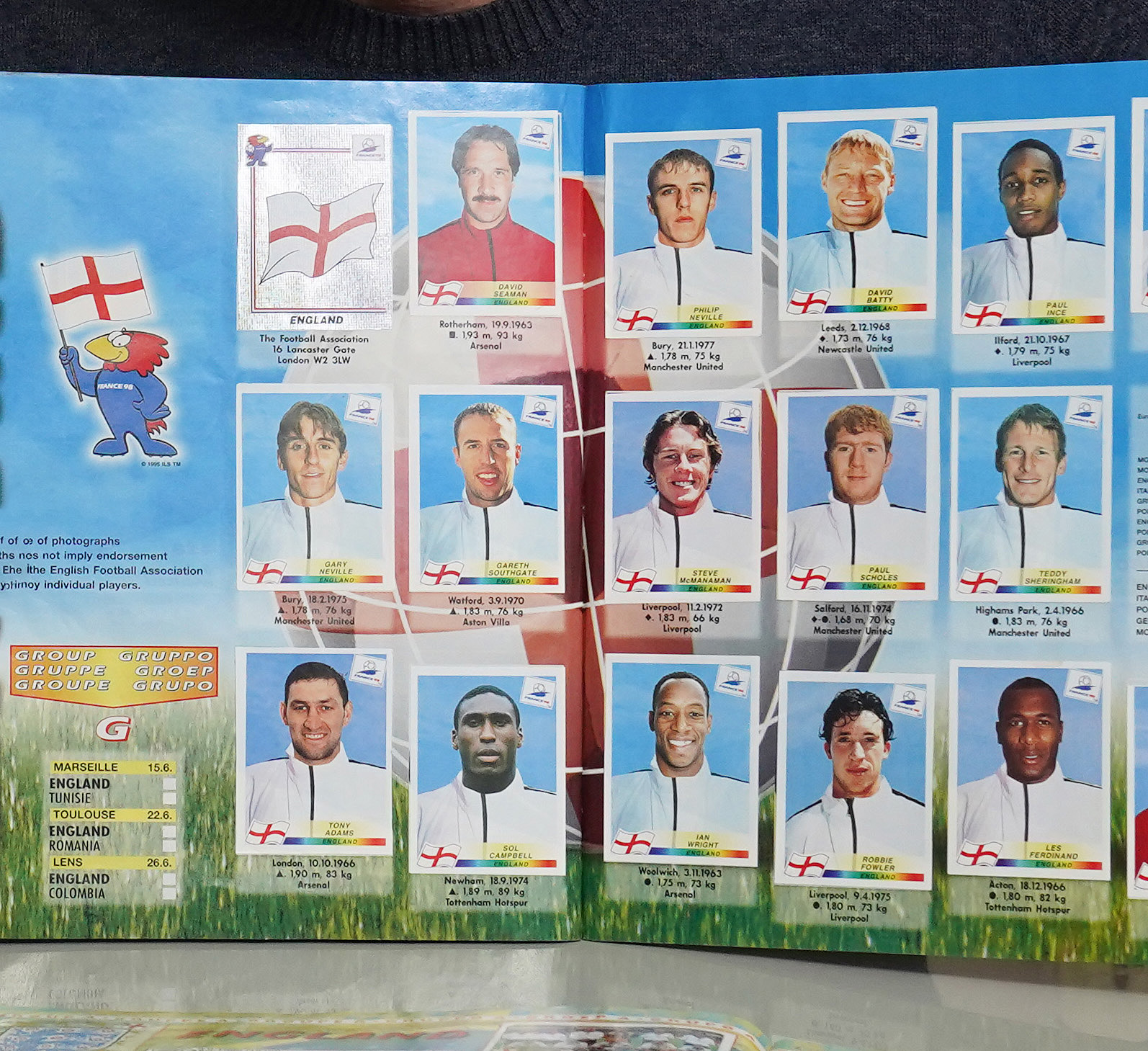 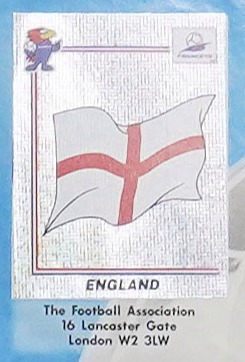 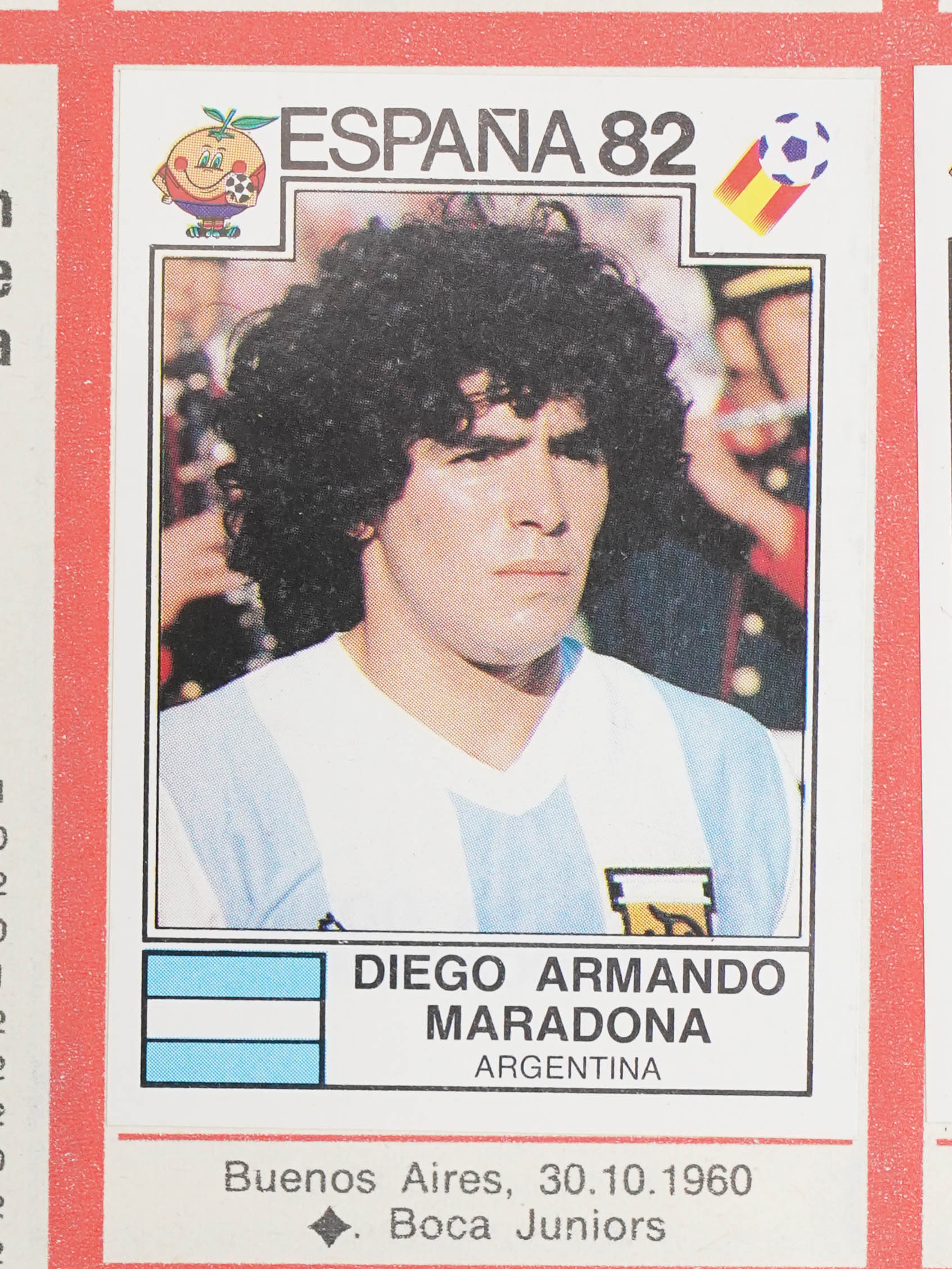 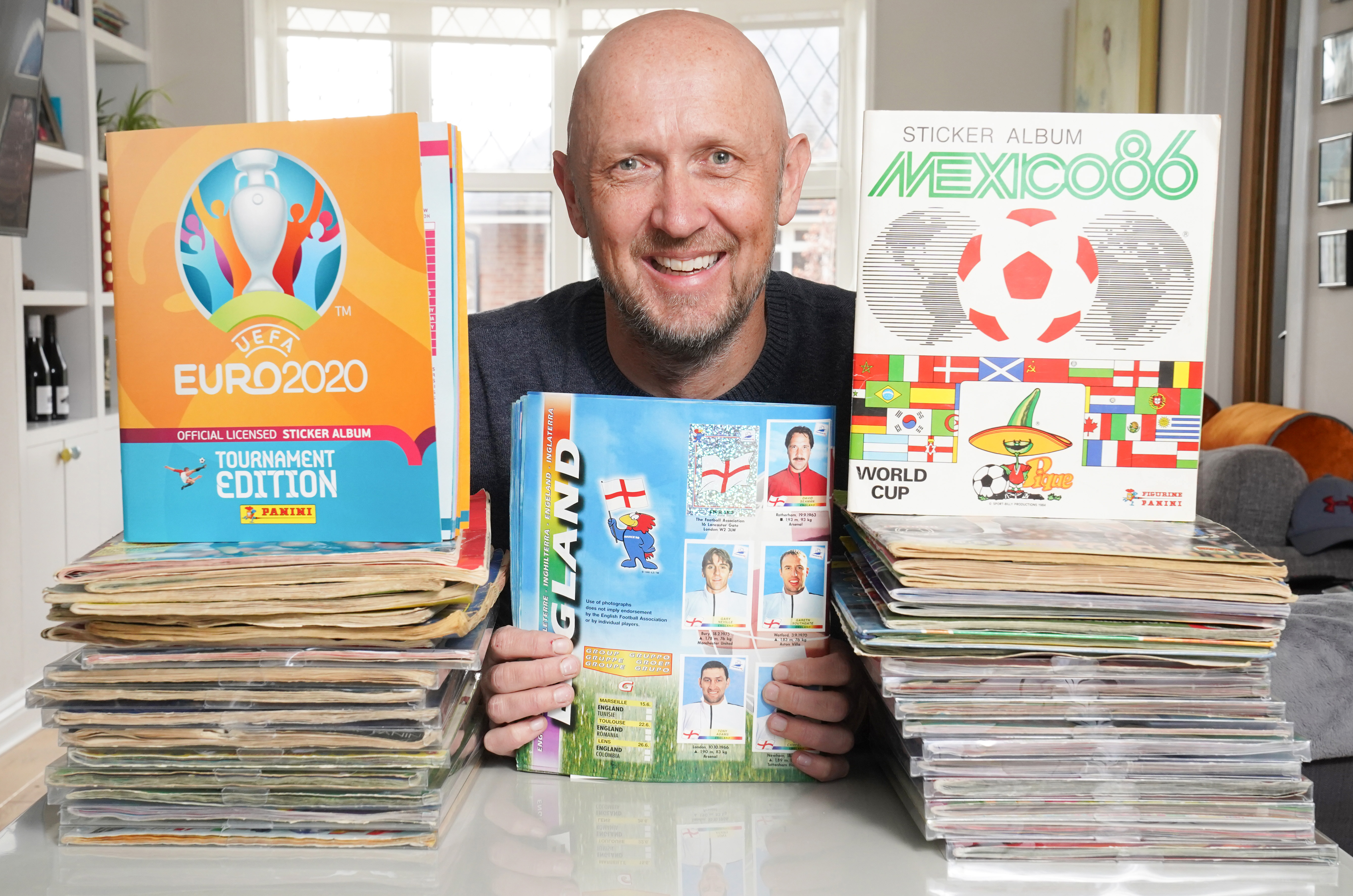 The most expensive sticker he sold was a rare Diego Maradona from 1982 — which went to an American collector for £90.

And Simon reckons he could wallpaper his spare room with Bulgarian swaps from Euro 96.

It’s the childlike feeling of just opening a pack that’s kept me going.

As well as stickers, he also buys old books online then re-pastes what he needs into his albums.

Simon, who has a daughter aged 25, reckoned: “It’s the childlike feeling of just opening a pack that’s kept me going.

"The haircuts are some of the best bits. They remind me of my childhood.” 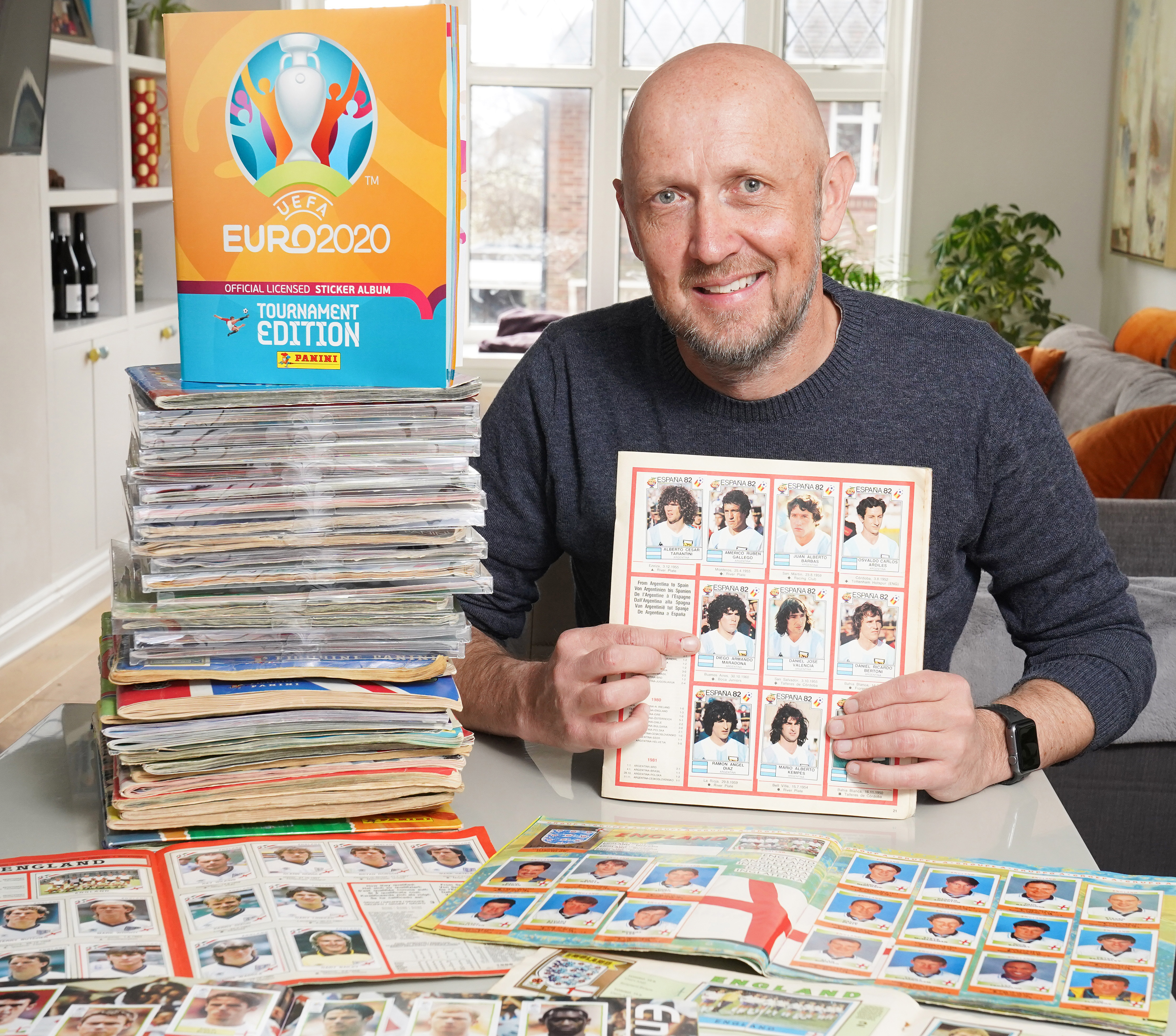 He also has Panini albums for the English top flight from 1978 to 1990 and the past two seasons.

He refuses to buy albums produced by Merlin in the 1990s and 2000s as he says they are not as good.

He said: “The feeling of opening a pack and getting your favourite player just won’t ever get old.”