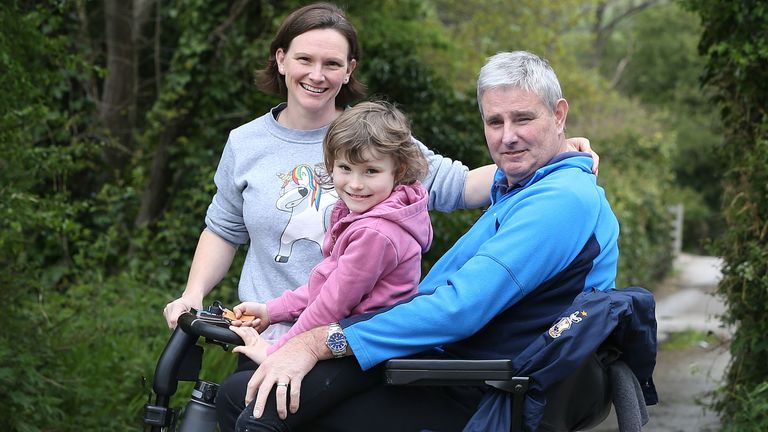 Joined by his wife Liz, daughter Beth and former Kent team-mate Laurie Potter, ‘Iggy’ travelled along a stretch of the Leeds and Liverpool Canal, near their house in Keighley, West Yorkshire on his mobility scooter which was recently funded by the Trust.

The accomplishment comes just the week after Iggy, along with wife Liz, revealed in an emotional video that he is in end-of-life care following two major strokes and the growth of his brain tumour.

Iggy’s story moved the cricket family with well-wishers and support pouring in for the 56-year-old. A Just Giving page was created by the family to raise money for the Professional Cricketers’ Trust, the charity that has supported them over recent years.

However, Iggy and Liz did not stop there and wanted to take on the 5k themselves in aid of the charity and completed the feat this weekend.

An emotional end to an excellent achievement as ‘Iggy’ bursts through the finishing line alongside his family.

A true inspiration to us all 🙌

“Iggy was the most tired out of all of us,” said Liz. “Although he didn’t have to walk, it was the concentration which was a lot for him, but we did it!

“It was a beautiful afternoon and quite idyllic going along the canal. It was also lovely that Laurie Potter came up from Leicester to join us and we had a lovely chat and he was chatting to Iggy all the way.

“It is nice doing it together – all in slightly different modes of transport. Laurie walked next to Iggy in his scooter, Beth zoomed off on her bike and did a lot more than 5k, I might make her pay more!

🙌 Alan ‘Iggy’ Igglesden, wife Liz and daughter Beth have started their #5kMay journey for the Trust.

Show your support to the family and help raise money for the Trust 👇https://t.co/WKGm0X0uQx#5ferIggy pic.twitter.com/87HkAXSMrj

“I ran bits of it and then on the way back Iggy was quite tired so I had to operate his scooter to prevent any splashes in the canal.

“It was lovely catching up with Laurie and we all know from the lockdowns the healing powers of being outside, around the trees and the sounds of the water, it’s beautiful.

🤝 ‘Iggy’ and family have been joined by Iggy’s former @KentCricket teammate Laurie Potter who is also taking on #5kMay for the Trust.

“It’s just nice for us to be out together as a family doing something like this and the added extra of it being for the Professional Cricketers’ Trust meant it felt meaningful, especially when we did the nominations at the end.

“We nominated Iggy’s brother as well as Matthew Fleming, Dean Headley, Steve Marsh, Richard Ellison and Martin McCague who we met up with last week so we are hoping that will spread and they will all nominate fellow cricketers and friends.”

The nominations will direct people towards the Just Giving page, which is in tribute to the giant seam bowler’s skills with the ball during his playing days.

His campaign name is #5ferIggy – a link to the 25 five-wicket hauls he took as part of his 693 career wickets – and has raised over £13,000 and counting for the players’ charity, with the idea being you can support the Trust’s 5k May by doing 5k for Iggy or simply sponsoring him.

Liz said: “It’s fantastic already to see how much has been raised. There was one club that put £1,000 in and we were scrolling through all the donations and the lovely messages last night so they have all been read.

Liz and daughter Beth give us an update on their journey with ‘Iggy’ and Laurie just behind.

☺️ A fantastic effort so far!

“All those lovely personal messages from cricket fans that had watched Iggy play and it is just that sense of family that there are so many connections and they are all coming together. Lots of old pupils Iggy and I taught have contributed too which is really nice.

“It all makes you feel like you matter, which is what Iggy certainly needs having had all of those people cheer him on one day, it can feel quite lonely when he is fighting a very different battle on his own now – to know all these people are cheering him on from afar is really lovely.

Throughout his unimaginably difficult journey, Iggy has retained a positive outlook and a sharp sense of humour, as he displayed in his video interview, and he and his family completed the challenge to give back to the Professional Cricketers’ Trust. 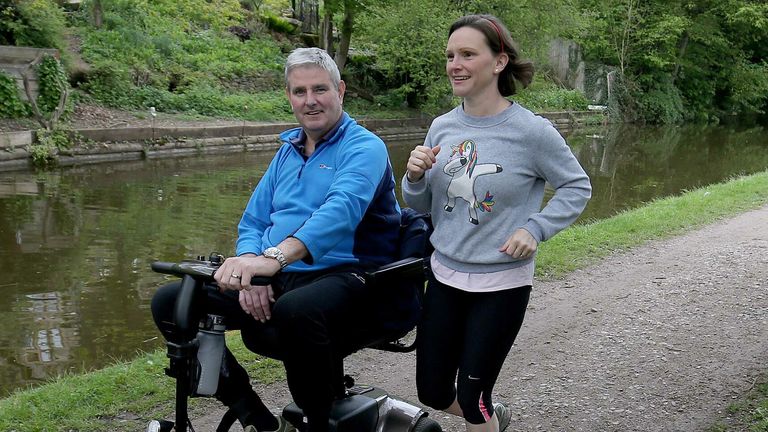 The Trust has supported the family with funding over recent years to enable Liz to care for Iggy on a full-time basis, and the players’ charity has recently provided a stairlift which allows the former cricketer to move around their home more easily and a scooter to allow the family a sense of freedom and independence.

Liz added: “The walk was really pertinent because Iggy was doing it on the scooter that the Trust have paid for. He wouldn’t be down on the canal and out in the open air if it wasn’t for what the Trust had given us.

“For us to be able to get what we need for him to be outside is huge. Knowing what we are doing is giving something back to a family that has given us so much.

“There are bound to be other people in our situation and to know they can get what they need to make life a little bit easier is powerful. It’s not nice just taking, it is nice to give back where you can.

“It’s what we want to do, it is part of us not feeling like a charity case – we will keep doing what we can to support and show how amazing this charity is.”

You can sponsor Iggy after he remarkably completed the 5k May challenge or you can join him in taking part by running, walking, swimming, cycling or rolling 5km to raise valuable funds for the Trust in order to support past and present professional cricketers in need, just like Iggy.

For more information on Iggy’s 5k May challenge and how you can support the players’ charity, visit his #5ferIggy JustGiving page.