The Blues went against their unwritten rule of not signing anyone over the age of 30 to secure the Argentine ace, but he has made a slow start to life at Stamford Bridge. 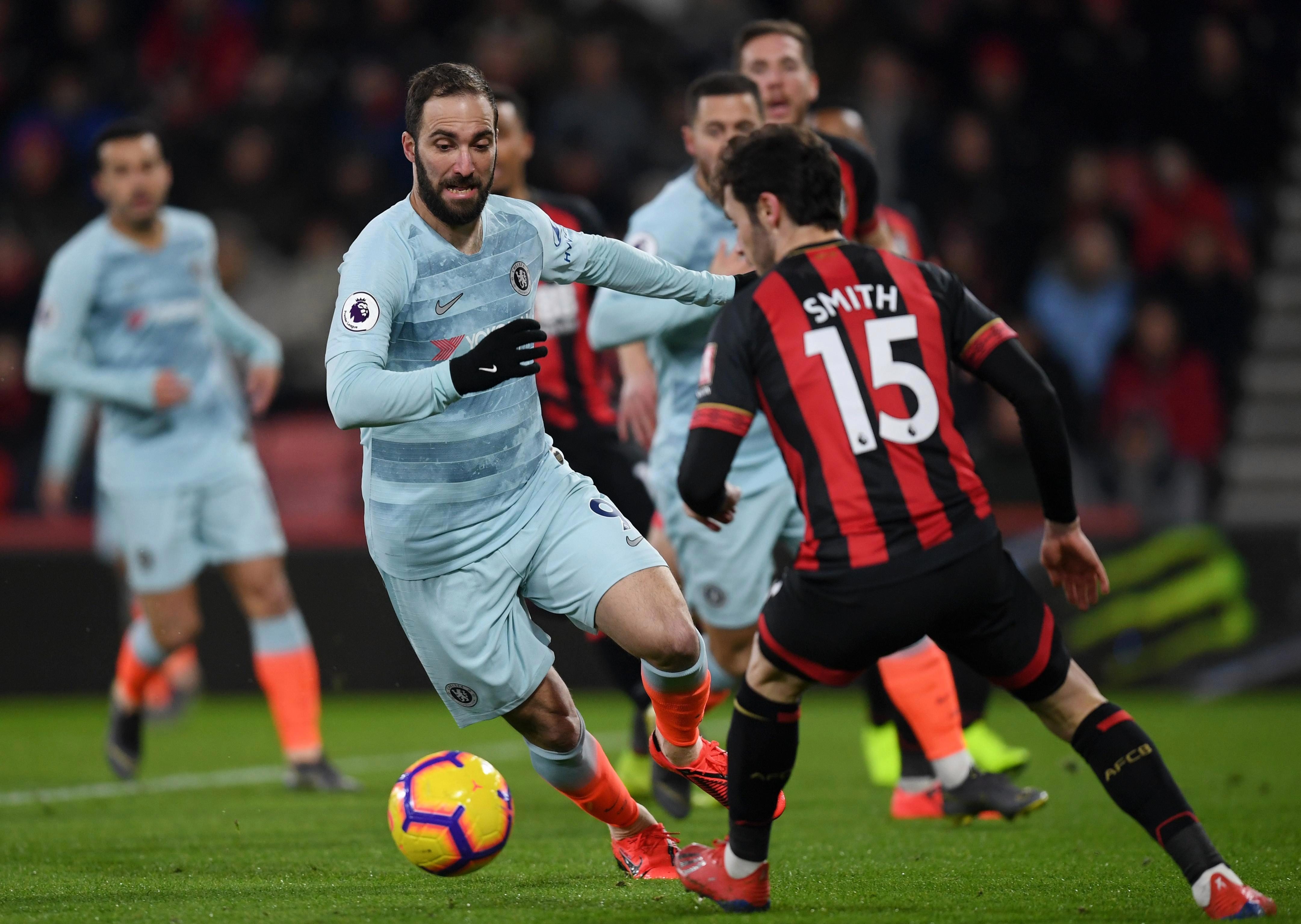 After last night's shocking 4-0 defeat to Bournemouth, Sarri confirmed that the 31-year-old is already nursing a back injury.

The Blues boss said: "He can improve a great deal.

"At this moment, he is not in shape, probably because he has played very little recently between transfer market distractions and back pain.

"He can grow a great deal over the next few weeks." 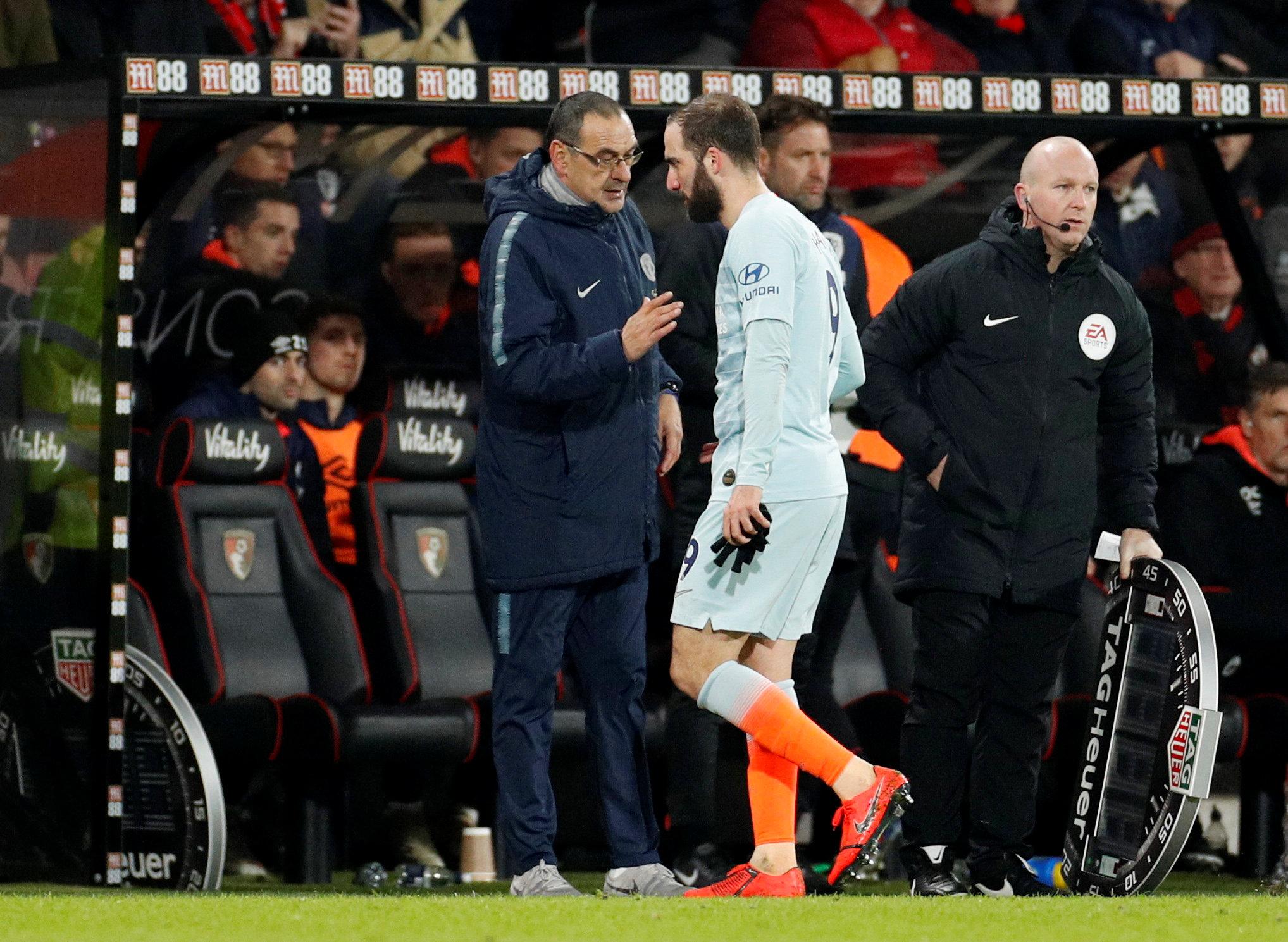 The injury scare leaves him as a doubt for Saturday's clash against Huddersfield at Stamford Bridge.

Higuain made his first appearance in Chelsea colours during Sunday's 3-0 win over Sheffield Wednesday in the FA Cup.

And the boss put his faith in the forward for last night's match against the Cherries, but he failed to live up to expectations.

He didn't register a single shot on target and was hauled off in the 65th minute at the Vitality Stadium. 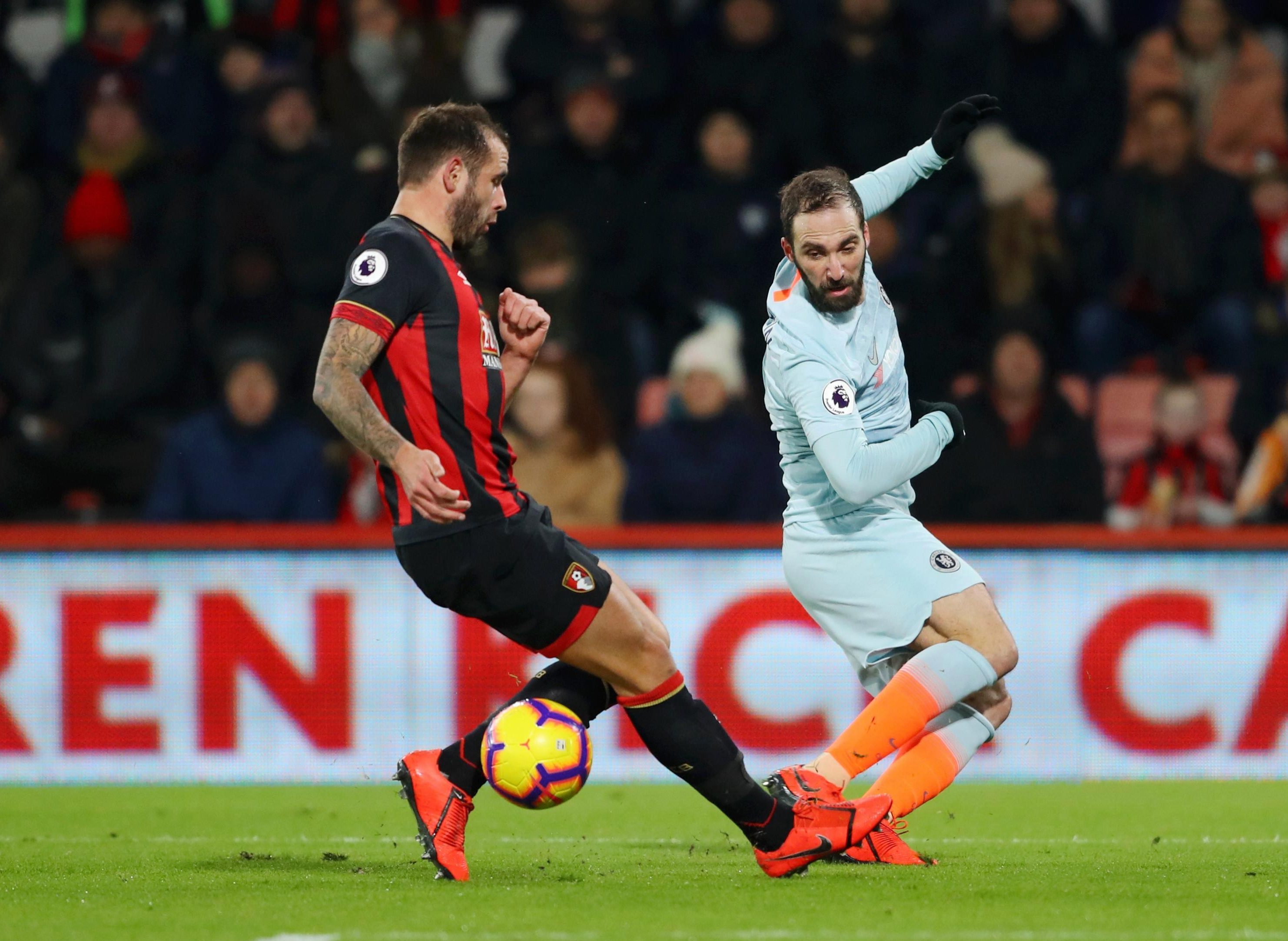 Fans were excited to see Higuain's passion for the club after he completed his loan switch from Juventus.

But Chelsea were trolled for buying the "wrong striker" after his AC Milan replacement Kryzysztof Piatek, 23, scored two on his first start.

The Blues are usually reluctant to sign anyone that does not have age on their side, but Sarri has put his faith in the Argentine. 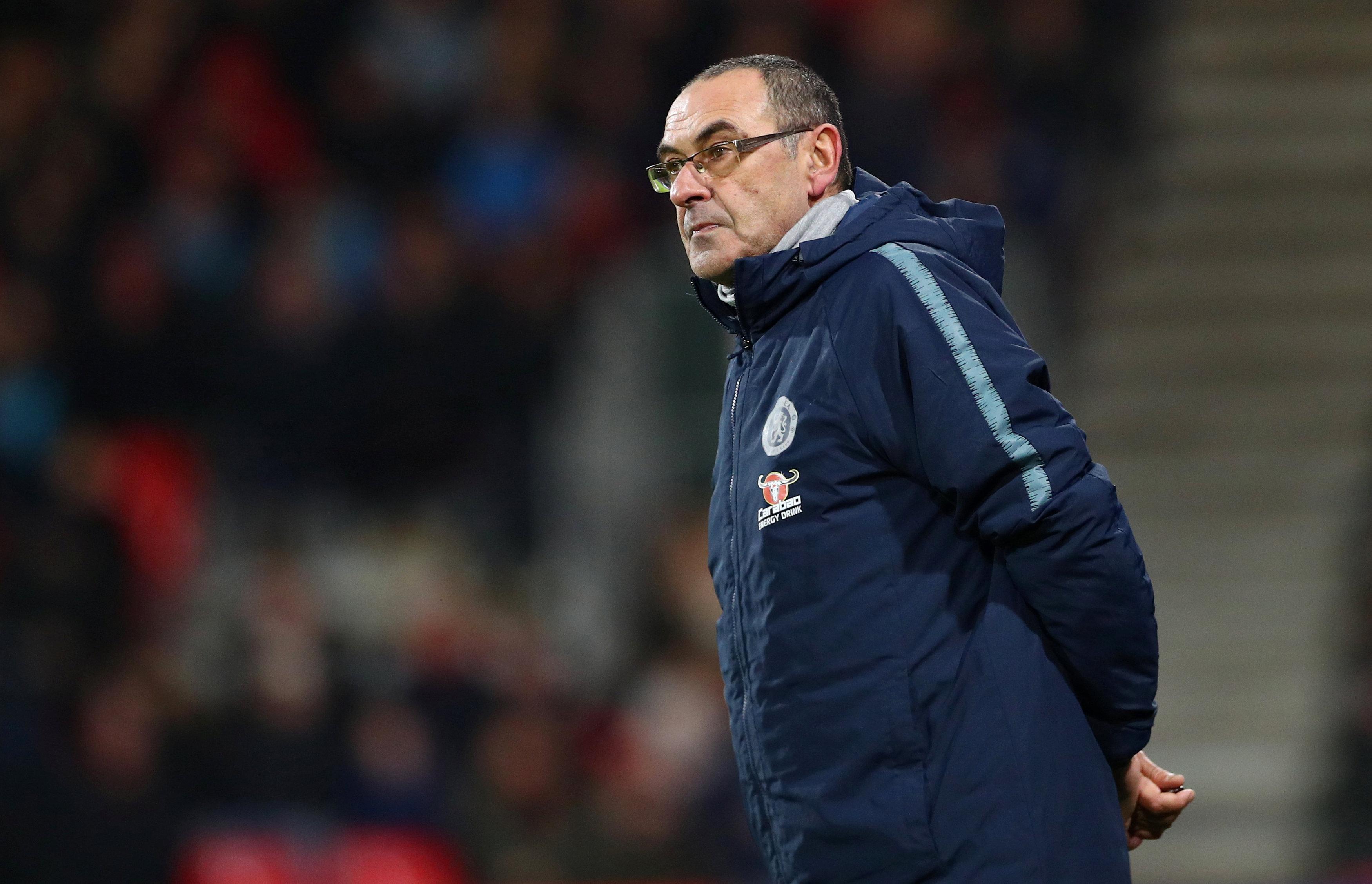 Best Fifa nominee Cristiano Ronaldo not even in top 10 players of 2020 according to data, with Messi leading Lewandowski