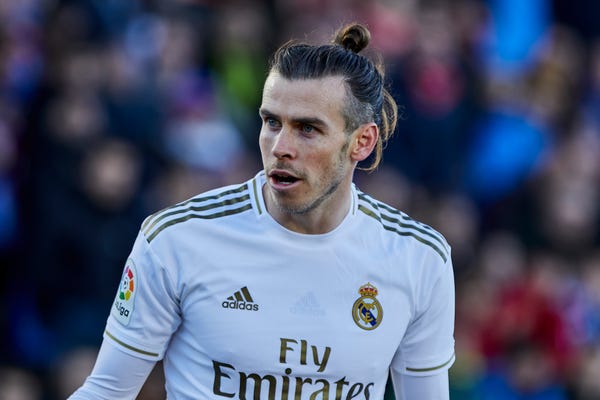 Gareth Bale is edging closer to a sensational return to Tottenham Hotspur, according to The Athletic, which reports the North London club is locked in talks with Real Madrid over a potential move for the Welshman.

The 31-year-old has become ostracized at the Santiago Bernabeu in recent seasons, and has expressed his desire to leave the club on numerous occasions.

Bale is understood to be keen on a return to North London, and The Athletic reports Madrid is willing to pay around half of Bale's $780,000-a-week wages in order to get a loan deal over the line.

Though Bale has yet to publicly comment on the proposed move, his agent, Jonathan Barnett, told BBC Sport: "Gareth still loves Spurs. It's where he wants to be."

Barnett also told AFP, as per Sky Sports, that a deal is "close but not done."

Mourinho opens up on admiration for Bale

Tottenham head coach Jose Mourinho refused to comment on Bale's potential return to the club, however did reveal he previously tried to sign him during his tenure in the Spanish capital.

Bale joined Madrid just months after Mourinho's three year spell as manager of Madrid came to an end in 2013.

"Gareth Bale is a Real Madrid player and I don't comment on players from other clubs," Mourinho told reporters ahead of his Tottenham's Europa League second-round qualifying clash with Lokomotiv Plovdiv on Wednesday.

"That is not my job to have contacts with agents. I don't want to comment on that."

He added: "I tried to sign him for Real Madrid, which was not possibly to do during my time there but the president followed my instinct and my knowledge and the season I left he brought Gareth to the club. There's no secret to that.

"Even [Gareth] knows that but I'm not going to speak to him any more because he's a Real Madrid player."

Bale has also previously spoken of his admiration for Mourinho.

When asked about Tottenham's appointment of the Portuguese coach last November, Bale told BT Sport: "Having Mourinho there is an amazing statement from the club, I think he's a serial winner.

"Tottenham want to win trophies and I don't think there's a better partnership than Mourinho and Tottenham together to try and win some trophies."