The former Manchester United hero took part in a Q&A with fans on Monday, revealing his Strictly stance and a handful of other curious points of conversation. 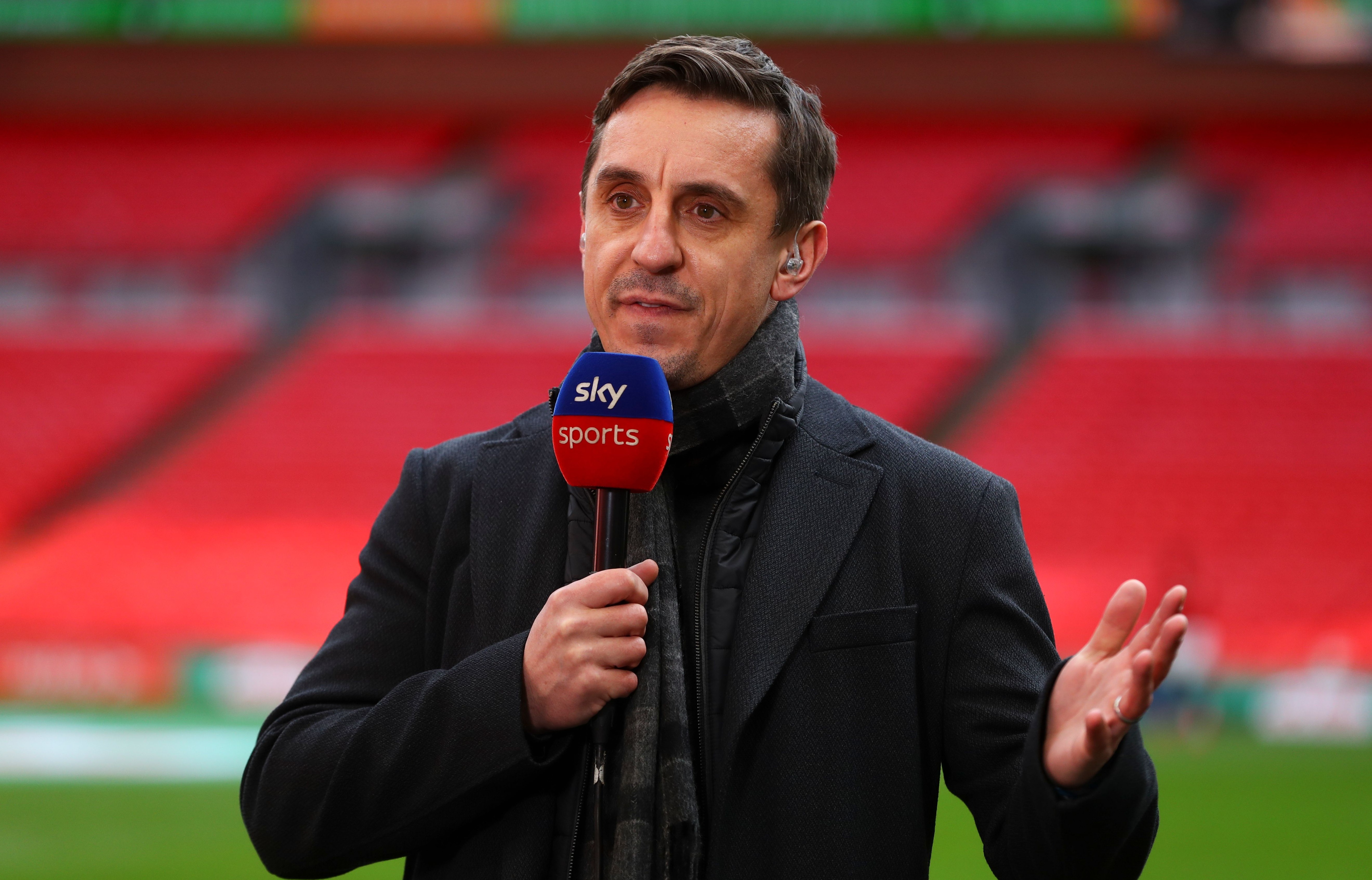 The popular BBC show has helped a number of sports stars into sequins.

Neville, 46, did not dismiss the idea of following in their footsteps during the Q&A.

Responding to a tweet asking if he would ever do Strictly, he wrote: "Never say never!"

Fans following Neville were very keen on the idea, Twitter user Michelle laughing: "I've never watched that show, but I'd have to watch it just to see you dance."

But one fan commented: "Ohhh we need to you on I'm A Celeb!"

Neville also revealed during the social media session that his favourite pizza comes with cheese, ham and mushroom – and that he does not want a future career in politics.

They need to sack their PR people, speak with some authenticity and get on with it.

Having missed a late spot-kick in the defeat to Aston Villa, the Portuguese player's public apology irked Neville.

After one question on the topic, he wrote: "It’s embarrassing! They need to sack their PR people, speak with some authenticity and get on with it.

"I’m going to go big on this in the next few weeks. They’ve all got these comms managers, that are creating personalities that don’t exist!"

Germany players JOIN England in taking the knee at Wembley

Dead Letters: "Your Prayers Fall To Deaf Ears. Except For Satan. He Is YOUR God."