GARY NEVILLE will commentate on the Manchester derby tonight after tearing into United's flops following their mauling at Everton.

The United legend is set to work alongside Martin Tyler for Sky Sports' coverage of the Old Trafford showdown. 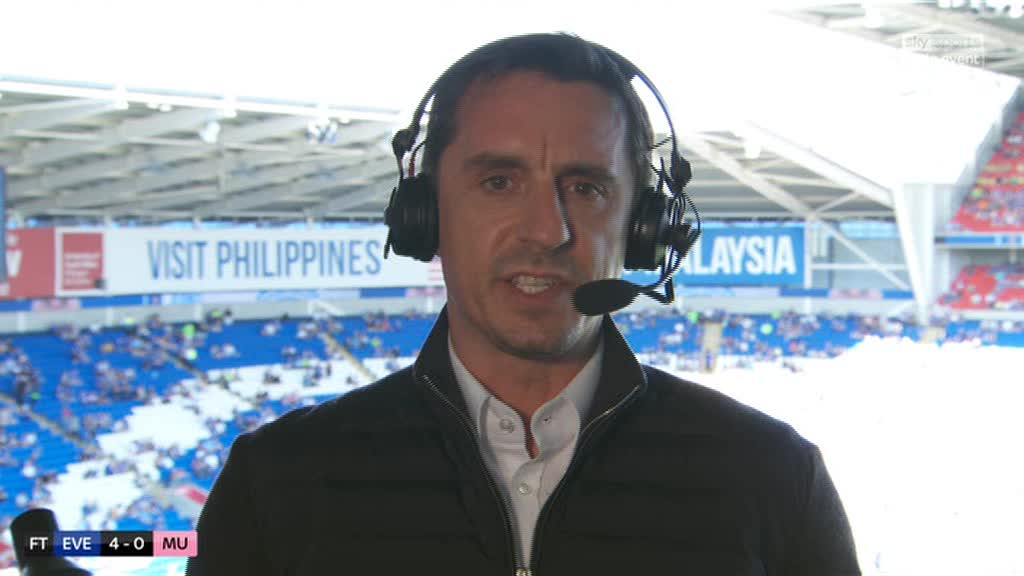 Neville, 44, visited Carrington yesterday for what could have been an awkward confrontation with the same players he described as "Japanese knotweed" just two days earlier.

In an astonishing two-and-a-half-minute rant, he raged: "I'm furious to be honest the fact that he's [Solskjaer] had to go and apologise for them.

"I've said about clubs over the years if you've got weeds in the garden you've got to get rid of them.

"But there's some Japanese knotweed in that football club, and it's attacking the foundations of the house.

? – "I'm furious, to be honest with you."@GNev2 says @ManUtd's performance today was "embarrassing" and compares the work-rate to that of @LFC and @ManCity.

"I've been over the last 12 or 18 months, myself falling into the trap of talking about 'oh they've got potential, they've got talent'. Forget it. If they don't work hard and don't have the attitude to run around in that shirt, get rid of them.

"Everton ran four kilometres further in the first half. Everton!

"You watch this mob out here, Liverpool their biggest rival, they die for every inch of the pitch and Manchester United players, honestly, it's embarrassing watching some of those out there today.

"I'm absolutely furious, [I have] full belief in Ole to do what he needs to do. That performance today was rancid."

Roy Keane and Joe Hart will analyse the derby alongside Sky Sports pundits Jamie Carragher and Graeme Souness in the studio.

Former City star Hart, 32, may remember being branded "arrogant" by United great Keane, 47, in 2013 as he called for England to drop the keeper.

United are aiming to bounce back from their dismal 4-0 defeat at Goodison Park on Sunday.

City are desperately looking to capitalise on their game in hand and go back above Liverpool to the top of the table.

On thin ice: How time is running out to save winter sport from melting snow